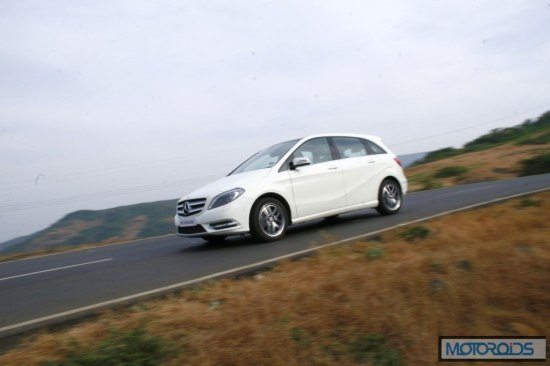 There is no denying that Mercedes Benz India has got more serious about its operations in the fast developing luxury car segment of our car market. Thanks to the launch of some really well sorted out products, like the ML250CDI, the Indian subsidiary of the popular German luxury car maker has already managed to overtake BMW India on sales charts.

Mercedes India is certainly not among the ones to rest on their laurels and it has now emerged that the car maker intends to continue its onslaught on rival car makers by launching as many as five new products in the country.

The diesel variant of the B Class should boost the sales of the Mercedes MPV that was launched last year. The new GL will be launched in India on 16th May in India and cater to those looking for a full sized luxury SUV. The much publicized Mercedes A-Class hatchback is coming to India on 30th May and will become the cheapest car in the carmaker’s product portfolio for India.

Also coming our way are two all new cars that have been in talks in automotive circles all around the world. The CLA sedan and the GLA Compact SUV should come to us in 2014. The GLA will compete with the high selling BMW X1 and Audi Q3. The CLA will become the cheapest sedan in the carmaker’s line up and will be found positioned between the A Class and the C Class. The CLA will be a direct rival to the A3 sedan and the 1 series sedan.