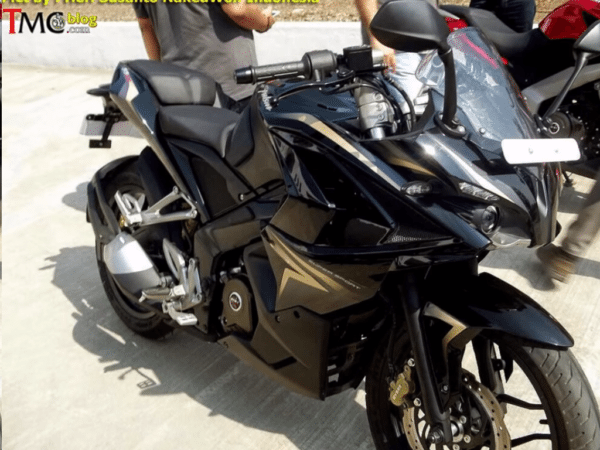 We are sorry if you’re starting to get jaded already with the deluge of spy pictures of Bajaj’s upcoming fully-faired bikes. But this one here bears some attention, still.

Apparently, gold (champagne, if you want to get fancy) is the new colour in vogue, as attested by the popularity of the new iPhones and the various new Android phones that followed it. Yamaha Motor India also jumped on the gold bandwagon sometime back, offering a black FZ with golden stickering to its Indian customers. And now, Bajaj is set to follow suit with its new Pulsar 200SS, as these screenshots and video shows. 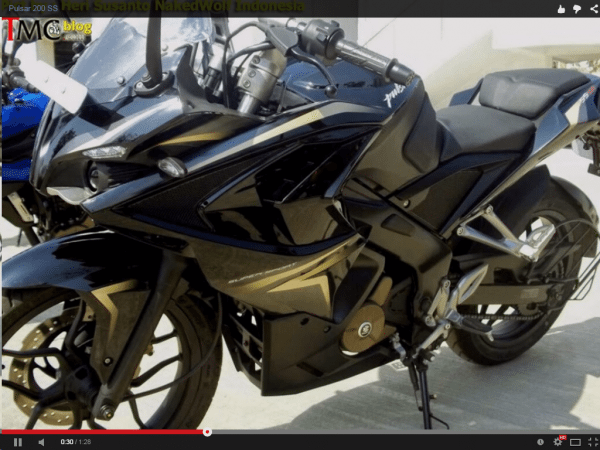 Taken at a special demo for select Indonesian media at Bajaj’s plant in Chakan, Pune, the video here shows an ebony black Pulsar 200SS with subtle golden stickers in repose, in addition to the white, black, and red paint scheme that we’ve seen already.

This makes up the total tally of the colour options of the Pulsar 200SS to four, including the completely black and the yellow models that we’ve seen already.