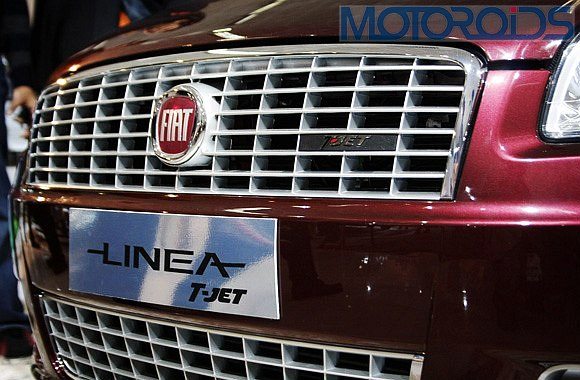 It is being said that the updated Fiat Linea T Jet is expected to get new design alloy wheels, additional features and a revised competitive price tag. The Fiat Linea T-Jet’s 1.4 litre turbo petrol engine comes mated to a 5 speed manual gearbox and combined with good road manners, makes the car a hoot to drive.

The Fiat Linea TJet is powered by a 1.4 Litre turbocharged petrol engine that has a max power output of 115 PS and peak torque rating of 207 Nm. The Linea is the cheapest turbocharged petrol car sold in India and things might remain unchanged as the EcoBoost variants of the upcoming EcoSport will be sold for stratospheric prices.

The Linea T-Jet is fairly feature laden for its price and comes loaded with a touch screen infotainment unit with satellite navigation, alloy wheels, leather seats and automatic climate control.

The Linea has always been a delight to drive, but let down by lack of brand image and desired after-sales. We hope with the new launch and the revised prices, Fiat manages to give the much needed push to the Linea on the sales charts.