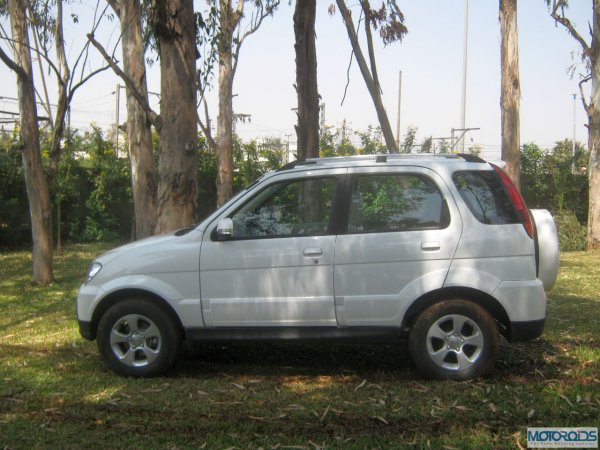 Our regular readers will remember that we not just tested the Premier Rio but also tried to bring to light the Japanese connection that the Chinese car has. We mentioned that the diesel version is not on sale in metro cities owing to it not being BS4 compliant. Back then, we had mentioned that Premier is close to finish developing the BS4 ready diesel motor equipped Rio and that the car will be seen sporting our national engine- the 1.3 Fiat Multijet. Rumor mills too have been in work since the  time Premier announced its plans to bring the 1.3 liter motor and many reported that the Variable Geometry Turbo equipped 90 hp version of the popular motor will be found under the hood of the compact SUV. A comment from Fiat India though, dismisses all rumours of the 90 hp mill making it to the car. Fiat India Automobiles CEO Rajeev Kapoor said,”We are currently in talks with Premier to supply diesel engines. It will be the 1.3 litre multijet, 75 bhp engine which we are also supplying to Maruti Suzuki.We are going to announce within a month about the number of engines and the duration of contract. This engine will be fitted in their compact SUV RiO.” The Fiat engines that go to Premier will be produced at the Ranjangaon plant where the motors going to Maruti are produced.

Currently, Premier is working on to expand its dealer network from 50 to 80 by June 2012. Out of these 30 new dealerships, 2 will be in the East Zone, 4 in the South Zone, 10 in the North Zone and 9 new dealerships in the West Zone. The location of the remaing five has not been decided yet. Number of Premier Authorized Services Stations will also go up to 200 mark and the Indian manufacturer plans to boast of as many as 100 dealerships and 300 service centers by December this year. The manufacturer has also tied up with ‘IndiaAssistance’ to provide 24X7 breakdown assistance. It seems unlikely to us that the 1.3 Multijet will be found under the hood of Rio and should come only with facelifted car- the Rio+.

Our test drive report of the Rio+