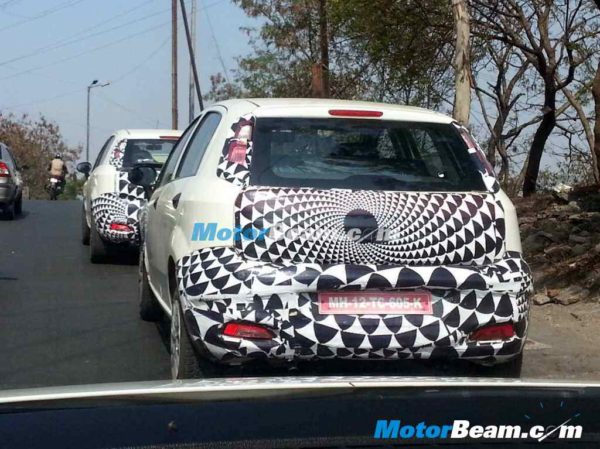 That the Fiat Punto India launch is around the corner is quite a well known fact. While the carmaker has so far refrained from announcing a launch date for Fiat Punto Facelift India launch, regular sightings of the refreshed car, testing on the public roads of our country, have in a way consolidated our belief that the Punto facelift could be launched here anytime now. 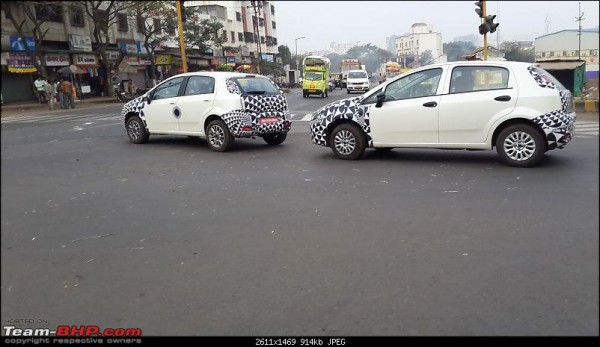 Seen here on this page are the latest batches of Fiat Punto facelift spy images, which were recently published by the folks at Motorbeam and TeamBHP. From the looks of it, the upcoming facelift will be merely a cosmetic makeover and the engine and transmission options are likely to be carried over from the existing model. The Fiat Punto facelift will boast of a new set of headlamps and a revised front bumper. Also, the front fascia will boast of a new front grille and fog lamps. As these spy pics reveal, the car would come with a slightly different looking set of alloy wheels. Talking about the updated car’s rear end, it would sport a set of revised tail lamps and an updated rear bumper. On the inside, the car gets a new dashboard that will come in a two-tone colour combination. The new dashboard will boast of a new centre console and a new instrument panel. 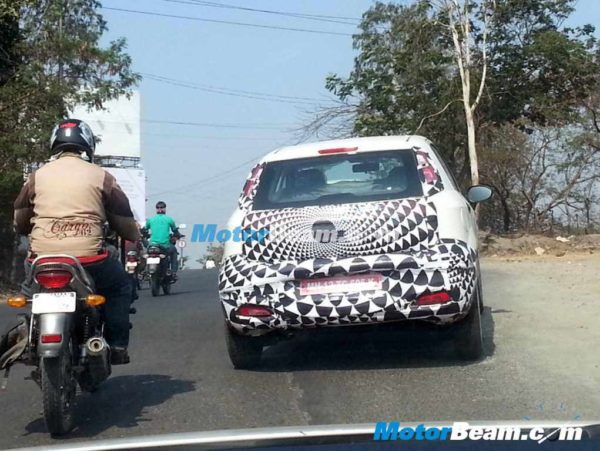 As mentioned earlier, the Punto facelift will be powered by the same set of engines that power the current model. This means that powering the diesel variant will be the 1.3 litre Multijet diesel engine that is being offered in two states of tune-  75 bhp-197 Nm for the Fixed Geometry Turbo version and 90 bhp-209 Nm for the Variable Geometry Turbo variant. The petrol variants will get the 1.2 and 1.4 liter motors that produce 68 bhp-96 Nm and 90 bhp-115 Nm respectively. The motors will be mated to a five speed manual ‘box.