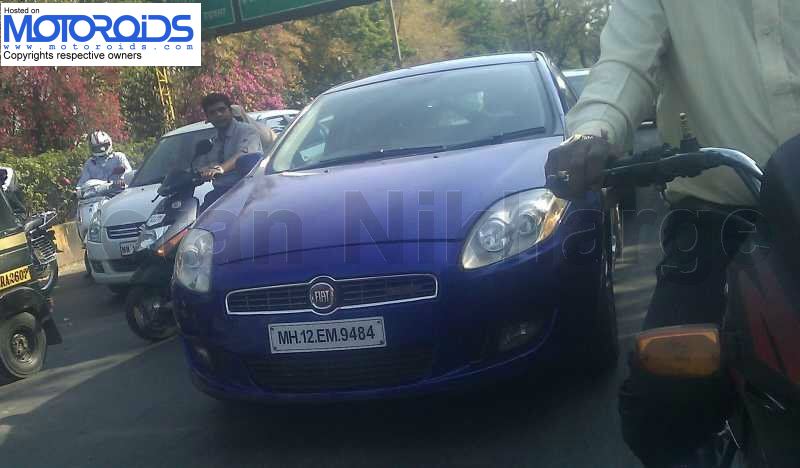 Our reader and one of the senior members, Ketan Nikharge has clicked some pictures of the Fiat Bravo doing the rounds in Pune. Now the Fiat Bravo has had its own share of headline space when the car was speculated to be launched in India a few years back. However, Fiat management very clearly said that the car was not meant to be launched in India owing to its high costs, and the general tendency of people to not pay too much for such big hatches in India.

This particular car caught on test was not a test mule either, with the number plate suggesting that it’s privately owned by someone. This could well be the ride of one of the highly placed Fiat officials in India. We have earlier seen cars like the Seat Ibiza and VW Phaeton ferrying VW officials around Pune, so the phenomenon is nothing new.

We are still in dark about what this blue coloured car is doing on the streets on India. However, we are sure that some of you may know more than us about the prospects of this baby in India. We would  urge you guys to have a look at more pictures of this car, and put forth your views on the possibility of a launch in India by discussing this topic on Motoroids Talks section