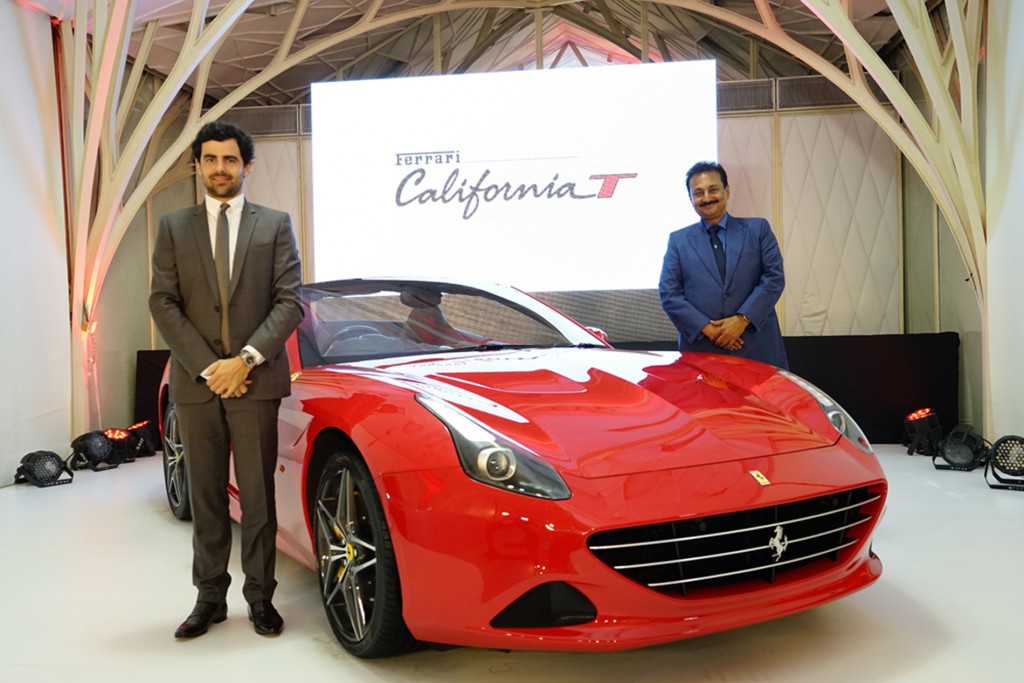 The Ferrari California T was launched in Mumbai today, with prices starting from INR 3.4 Crore (ex-showroom Mumbai). The California T will be available in Mumbai at the new Ferrari dealership (Navnit Motors) in BKC (Bandra Kurla Complex). A launch in New Delhi is scheduled for tomorrow, which we’ll be covering live. The California T is the entry-level Ferrari, replaces the erstwhile California, and retains the 2+2 layout, replete with a retractable hard top.

The T stands for turbocharged, and the California T becomes the second Ferrari to feature forced induction, ever since the iconic F40 left us gasping for breath. But unlike the F40, where turbocharging amplified the already face splitting performance, the California T employs it for better economy and less CO2 emissions. Yes, the world is changing. Ferrari claims a reduction of about 15% in fuel consumption. 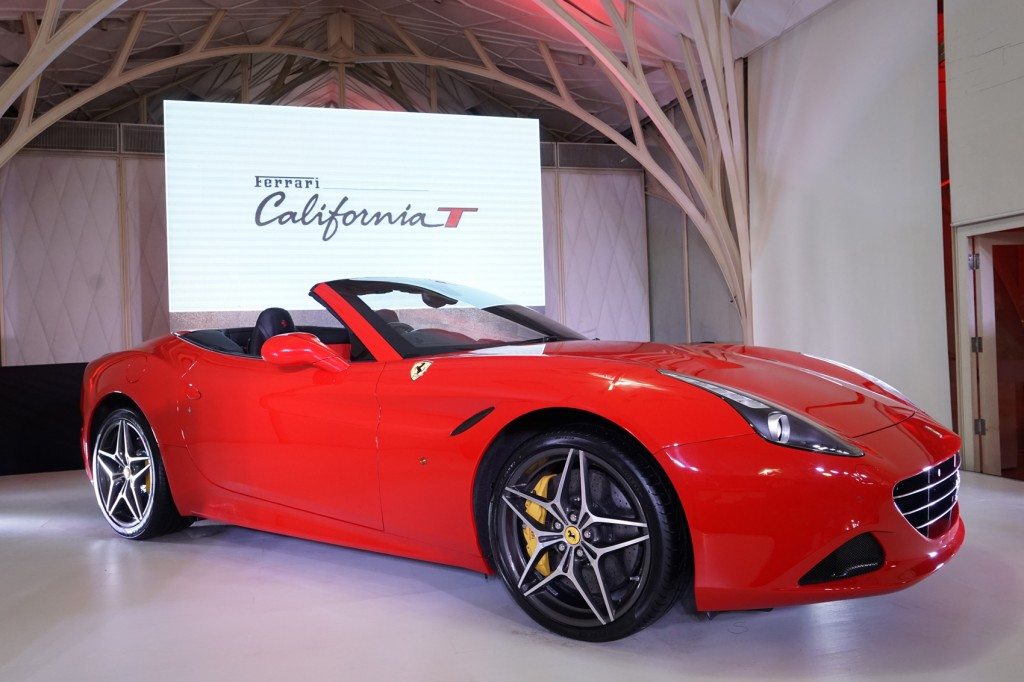 The 3,855cc, turbocharged V8 engine generates about 552.5bhp of power, with maximum torque output of about 755 Nm, endowing the California T to sprint from 0 to 100 km/h in a Ferrari worthy 3.6 seconds. The updated engine uses a flat-plane crankshaft, twin-scroll turbines and a three-piece cast exhaust manifold, which result in an enhanced torque output by about 49%. The California T also limits torque in the lower gears, for a lag-free experience, reminiscing the good old, naturally aspirated times.

Externally, Pininfarina patches up whatever was wrong with the California’s appearance, which was a little visually underwhelming for a Ferrari. The updated front fascia gets a f12 Berlinetta inspired grille and more contemporary headlamps with LED streaks. The resculpted sides are highlighted by updated fenders which hark back to the 250 Testa Rossa’s pontoon-fender styling, while the biggest change at the back has to be the horizontally aligned quad exhaust pipes, a welcome move away from the vertically aligned ones on the last model. Fresh tail lamps complete the package. 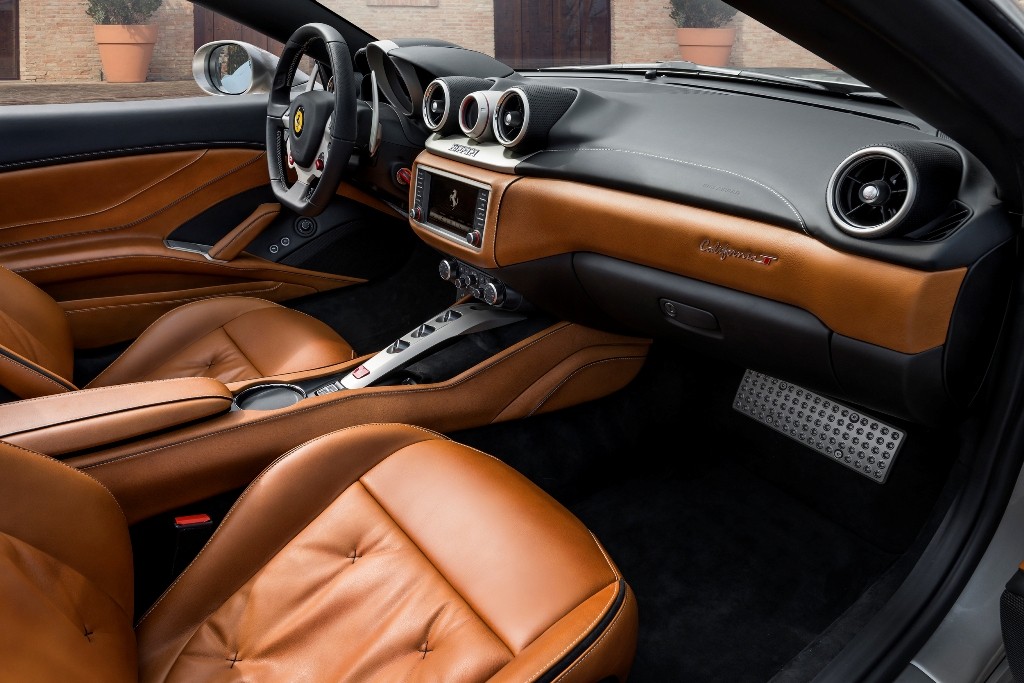 The re-done interiors now feature a 6.5-inch high resolution touchscreen system, and a Turbo Performance Engineer (TPE) gauge, to constantly remind you of the changing times, apart from the boost the turbos are running at. Everything else is trimmed in Frau semi-aniline leather, while your luxury luggage can be stowed between the rear seats and the luggage compartment at the back, which increases considerably with the top down.