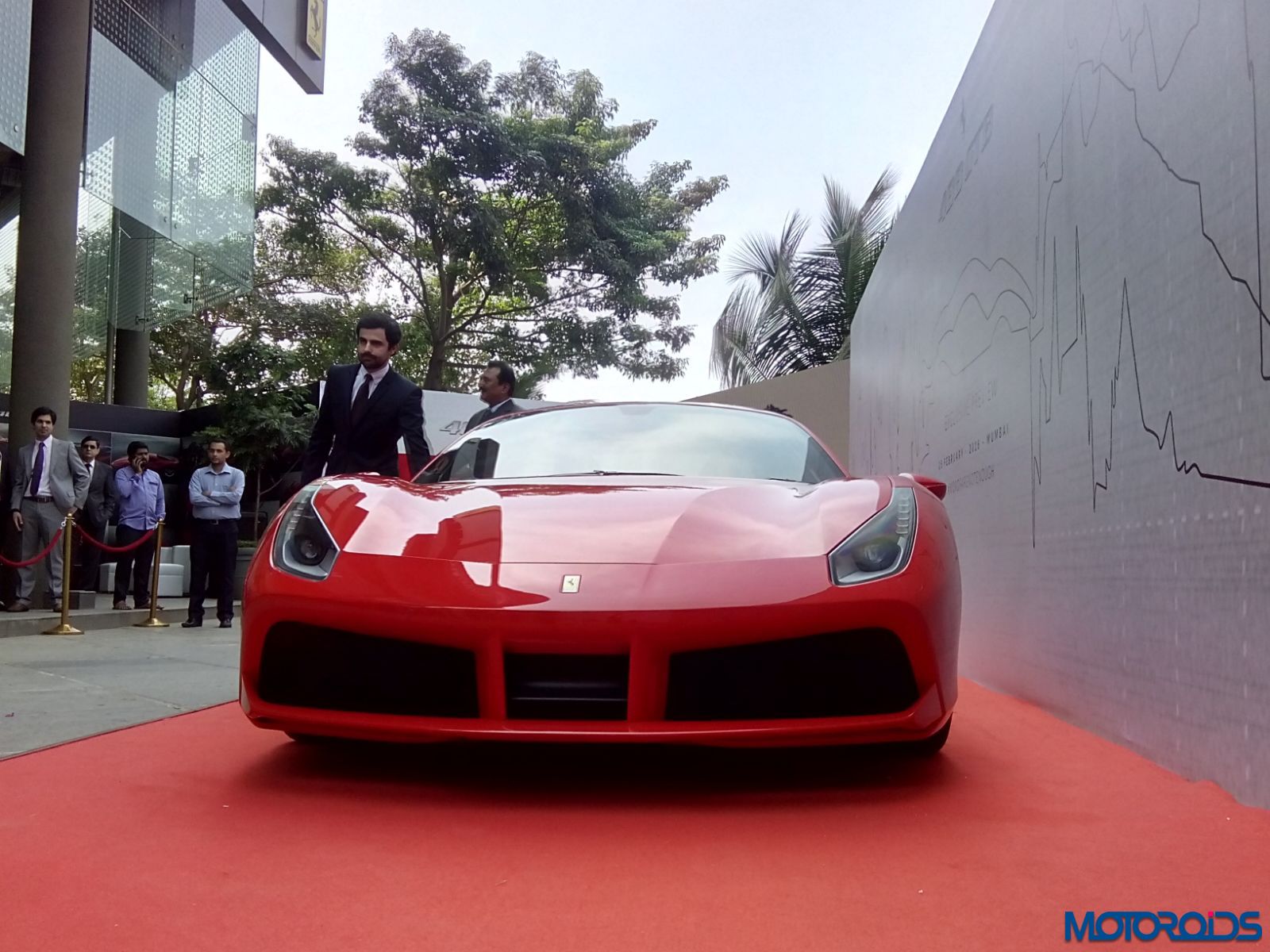 Italian supercar manufacturer Ferrari has launched their new 488 GTB in Mumbai at a price of INR 3.88 crores (Ex-Showroom, Mumbai) through their authorized dealer Navnit Motors. The car will now be available for purchase at the authorized Ferrari dealerships in Mumbai and is already available with its Delhi counterpart with a price tag of INR 3.88 crores (Ex-Showroom). 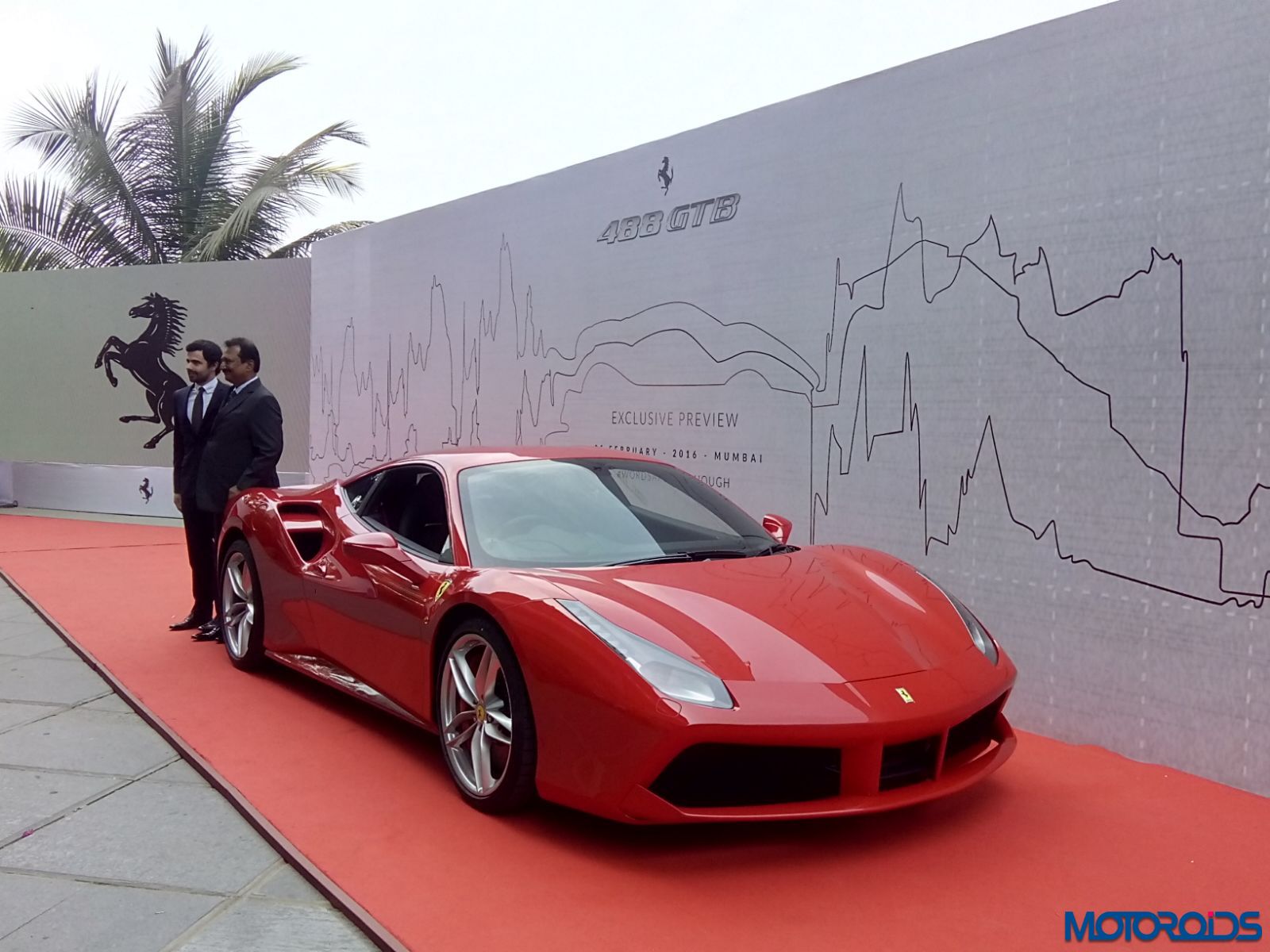 The 488 GTB replaces the 458 Italia from Ferrari and is only the second turbocharged product after the California T. GTB denotes the term Gran Turismo Berlinetta which means a grand tourer with a coupe body-style in Italian while the numericals bearing 488 stand for combined the displacement of 3902 cc divided by 8 cylinders.  The 488 GTB is the also Ferrari’s second mid-rear engine V8 Berlinetta which comes 40 years after the fist mid-rear engine V8, the 308 was launched. 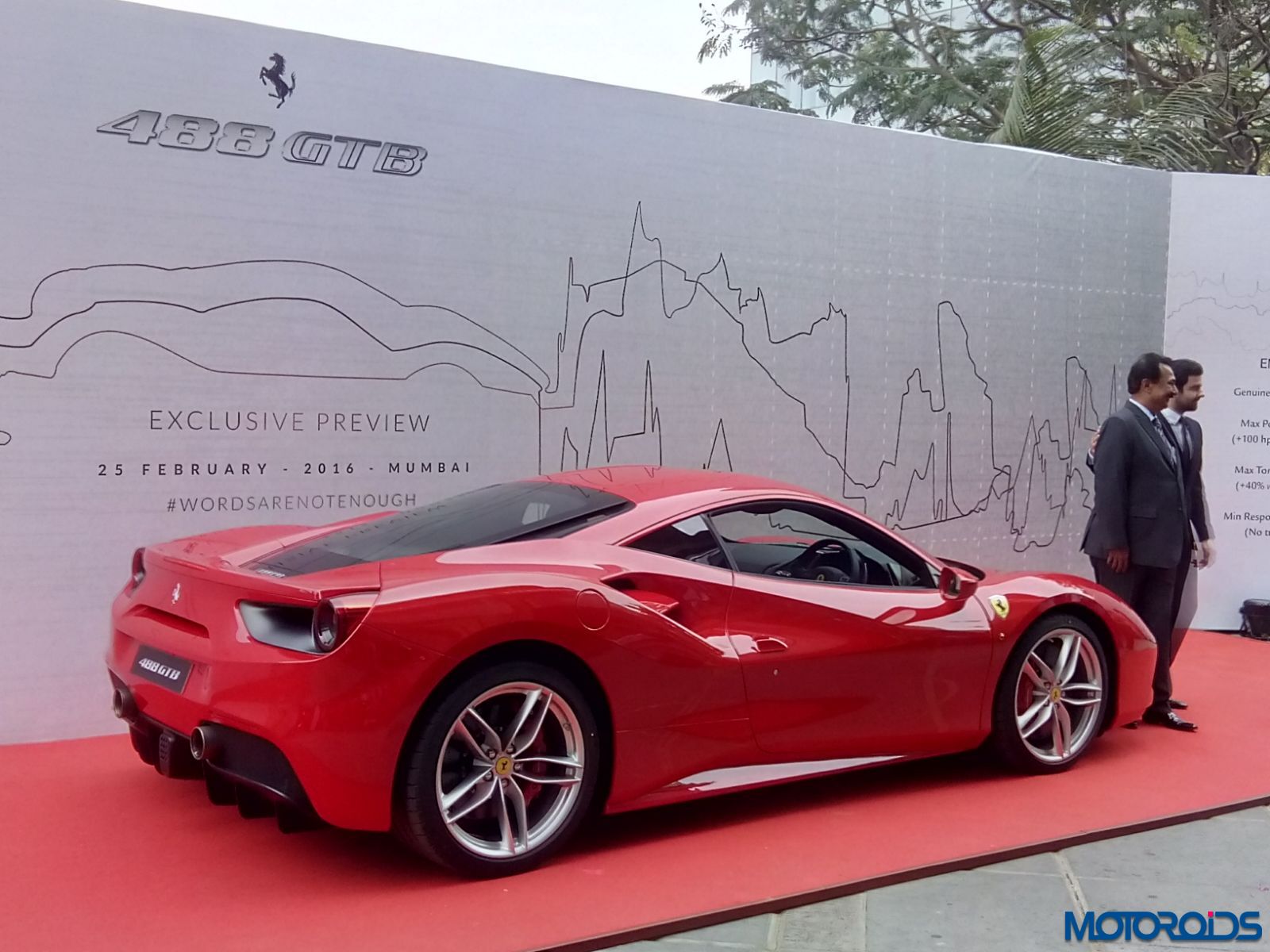 This prancing horse from Maranello is powered by a turbocharged V8 engine that produces 661 bhp, 99 bhp more than its predecessor, the 458 Italia, while the peak torque stands at 760 Nm. This engine sends power to the wheels via a  7 speed F1 dual clutch gearbox. The car accelerates from 0 to 100 kmph just 3 seconds while 0-200 kmph takes it about 8.3 seconds and the top speed of this Italian stands at a staggering 330 kmph. The 488 GTB is also considered to be faster than the Ferrari Enzo. 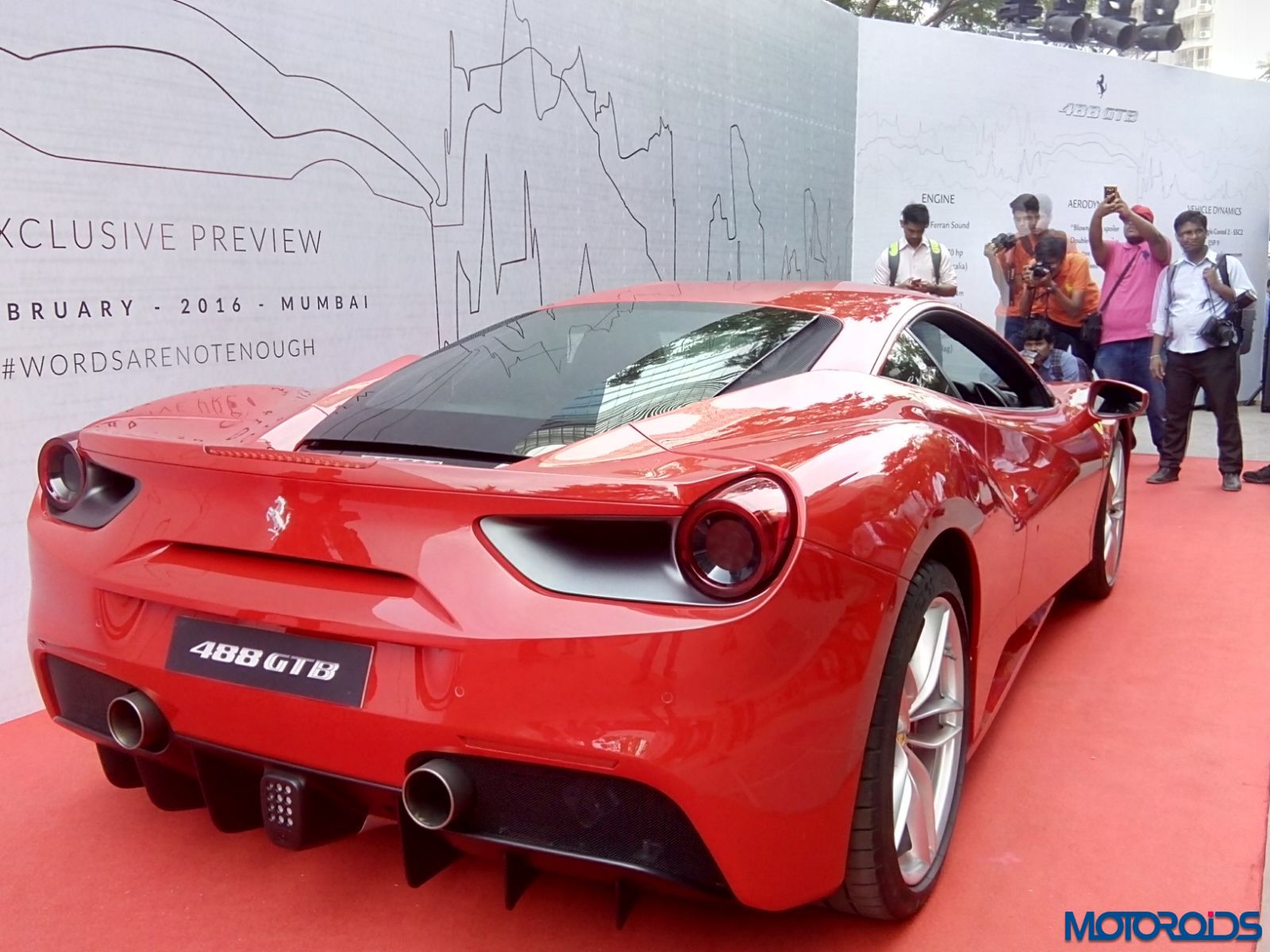 Visually, the 488 GTB gets a larger air dam while the front bumper receives a completely new design. Each side features an addition of a two-step deep air intake behind the new doors that provide air to the new turbos. Towards the rear end, the biggest change you can notice is the newly positioned dual exhausts, while the broad, low tail is dominated by a “blown” spoiler that generates down-force without increasing drag. The circular design of the LED tail lamps also features a redesigned look. 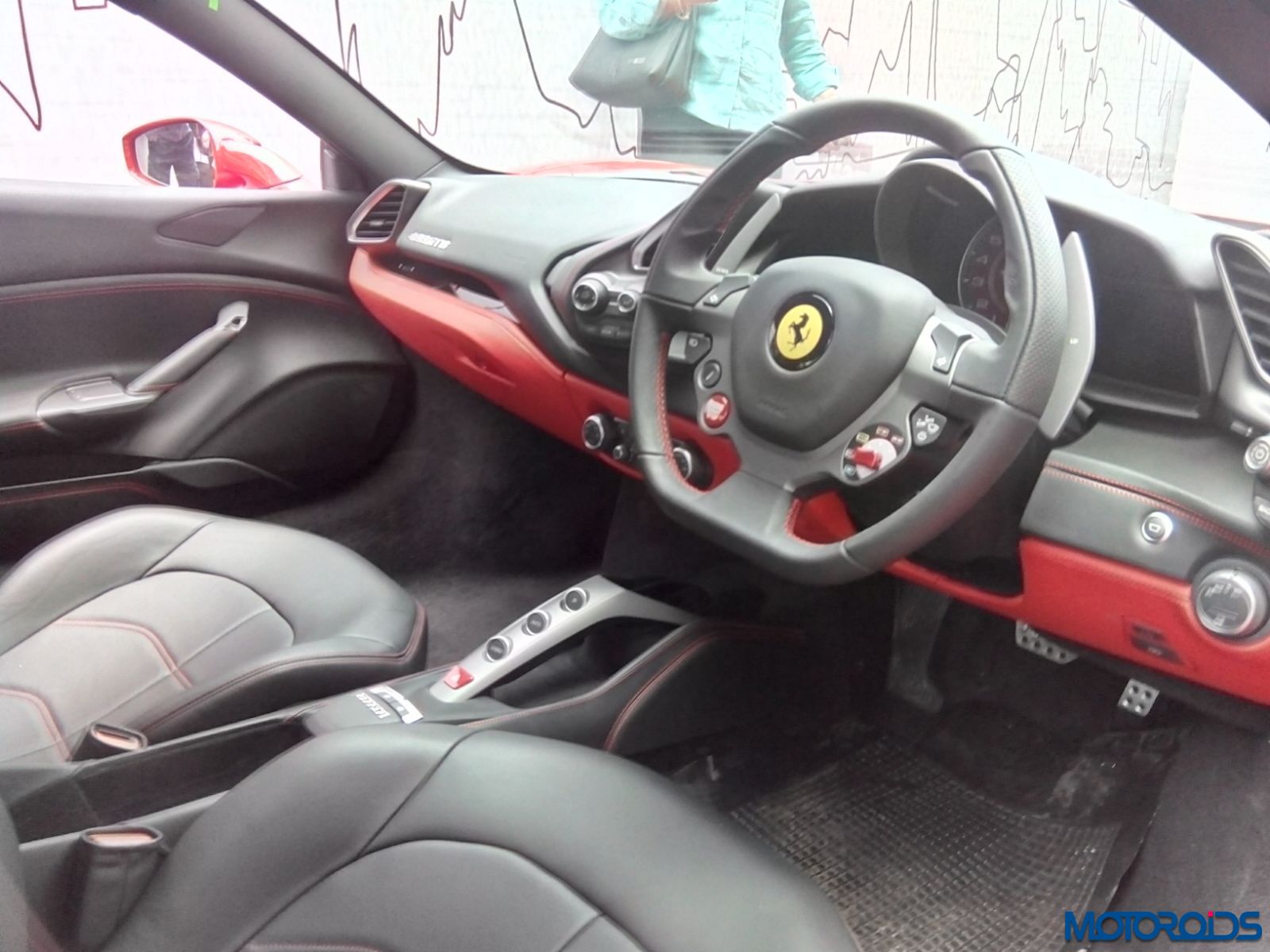 Speaking on the occasion, Sharad Kachalia, Director, Navnit Motors, said, “After, receiving an overwhelming response for the California T and F12 berlinetta, we are excited to launch Ferrari’s new Vs model to meet the rising demand from our loyal customers and Ferrari fans in Mumbai.“

Following is the spec sheet of the 488 GTB: 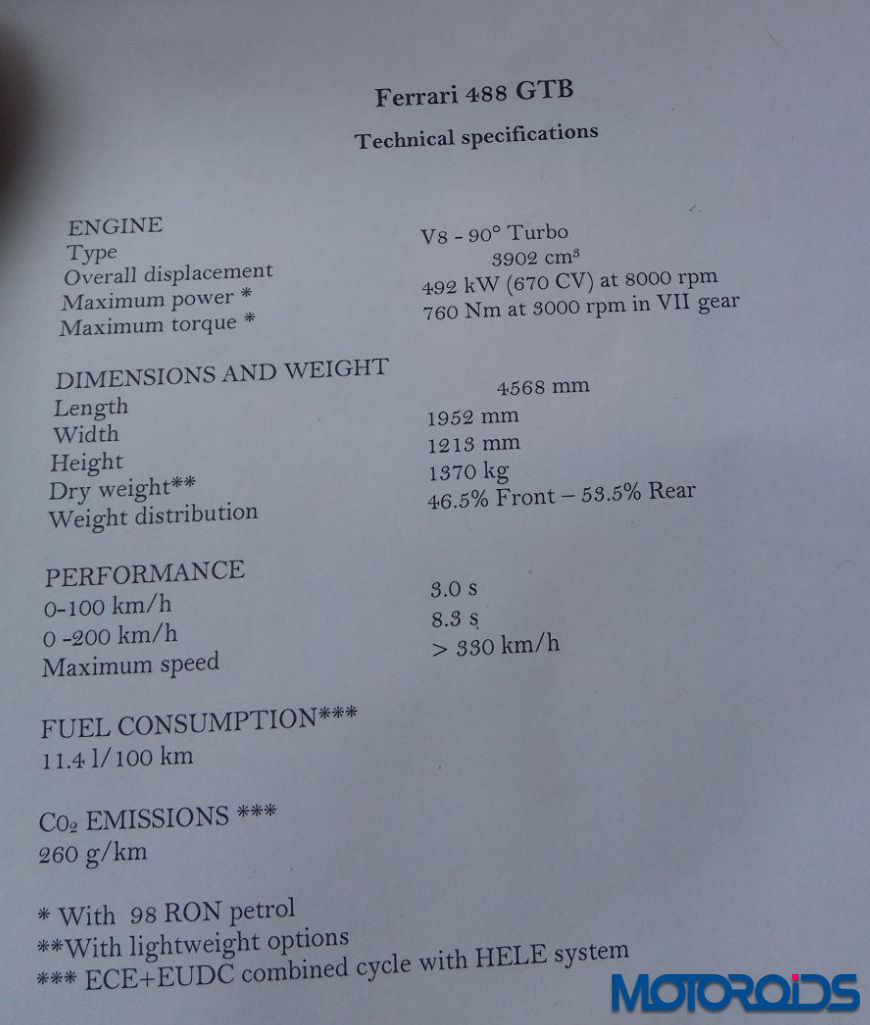 Have a look at the complete image gallery for the Ferrari 488 GTB here: