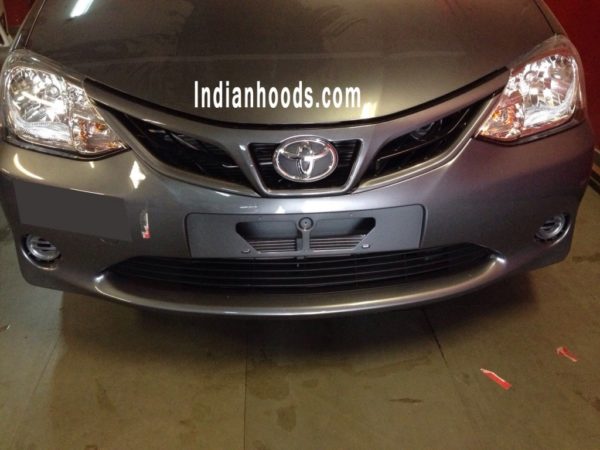 We have been following the facelift Etios and Etios hatchback story for a while now. But according to many internet sources, the two cars from Toyota will be launched in India today and apparently have touched the dealerships in the form of demo units. Both the versions of the Etios get better equipment on the inside, though the exterior is pretty much untouched (except for a new front grille).

The Etios sedan and the Liva hatchback will also be blessed with fresher fabric seats and a bigger and more prominent LCD that has a clock for the instrument cluster on all, except the base variants (J/JD). Electrically adjustable ORVMs, faux-wood finishes on the armrests, reverse-parking sensors, a full chrome grille (of course), plus a new colour called Pearl White are some of the other extras thrown in by Toyota on the VX/VXD, which are the top-end variants of these cars. But one important and absolutely critical add-on that all the cars, irrespective of the variant, will benefit from, are dual-front airbags. Toyota is only the second manufacturer to do this, the other one being the German-giant – VW. We are indeed pleased with Toyota for not ignoring safety, and are sure that the buyers will appreciate it, as well. 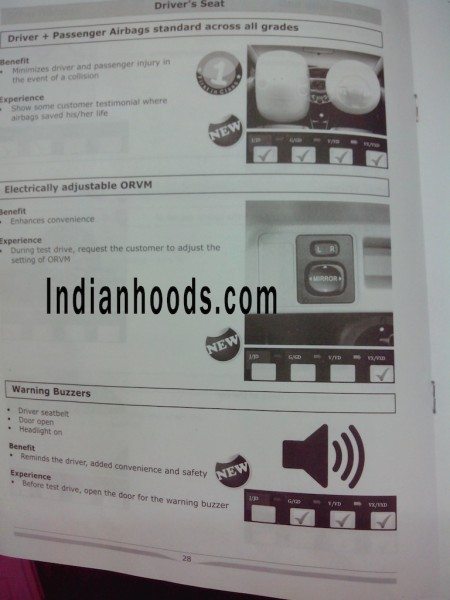 The addition of airbags even on the base trim, good move Toyota

As mentioned by us in earlier articles, nothing has changed on the mechanical front, especially under the bonnet. In fact, the Liva hatchback won’t be offered with a 1.5-litre petrol motor, anymore. The rest of the nuts and bits remain the same, although we would have appreciated a little more juice out of the current units. However, with the addition of those airbags, the Etios range of cars have actually become a good choice for all families, alike.