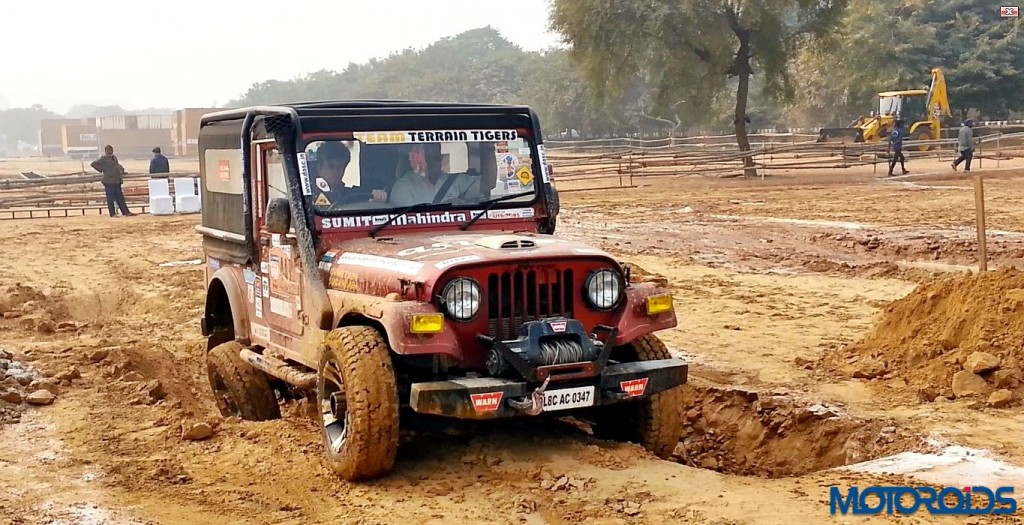 JK Tyre, who many of us know as one of the brands behind Indian Motorsports, recently launched an all new Ranger Series of tyres. Ranger is a multi-terrain, high performance SUV tyre series, aimed at setting a new benchmark for the future of SUV tyre segment in India. The tyre is available in two variants and is designed to offer best in class braking in most rigorous conditions.

We got to experience Ranger AT on a specially designed off road track in Gurgaon and we must say that these tyres seem to have good potential. When we arrived at the venue, we had a nice chat with JK Tyre team about the new products. JK Tyre launched its range of highly advanced multi-terrain tyres – RANGER in Panaji, Goa on July 26. With the Ranger series, JK Tyre aims to augment its presence in one of the fastest growing segments in the Indian auto industry i.e. the Sports Utility Vehicle segment. JK Tyre will export the new range of tyres to its international markets. They added that JK Tyre’s Ranger Series is designed to upgrade the overall driving experience of SUVs in India. 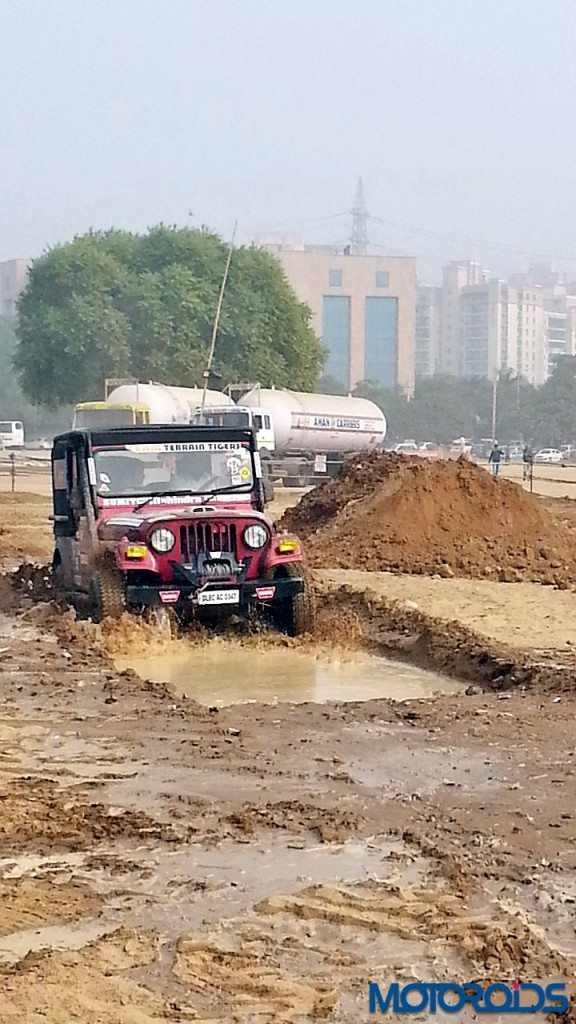 The Experience of driving on some really challenging terrains

We have done some off-roading events on specially designed track in the past but this experience was different on two counts. While at the previous two events, it was the SUV we were experiencing, this time around it was the tyres we were supposed to get familiar with. The Ranger A/T tyres were mounted on Mahindra Thar. The second major difference was in previous events, the cars had every possible off-road feature one could want but with these Thars, a lot more driver involvement would be required and we like that.

Now to the drive. We strapped ourselves up, made sure no lose objects were sliding around, put the transmission in Low Gear ratio and aligned the Thar between the two chalk lines. First we drove through the articulation section. The pits were deep and entire load came on one wheel. However, the DUAL Tread Compound and deep thread provided enough traction to pull the SUV out of the deep ruts. One thing common between off-roading and racing is that the line is extremely important. So we kept to the line and were out of the tough section easily. Wheels would spin with hard throttle but keep your right foot under control and the tyres would throw out the dirt and pull you out. 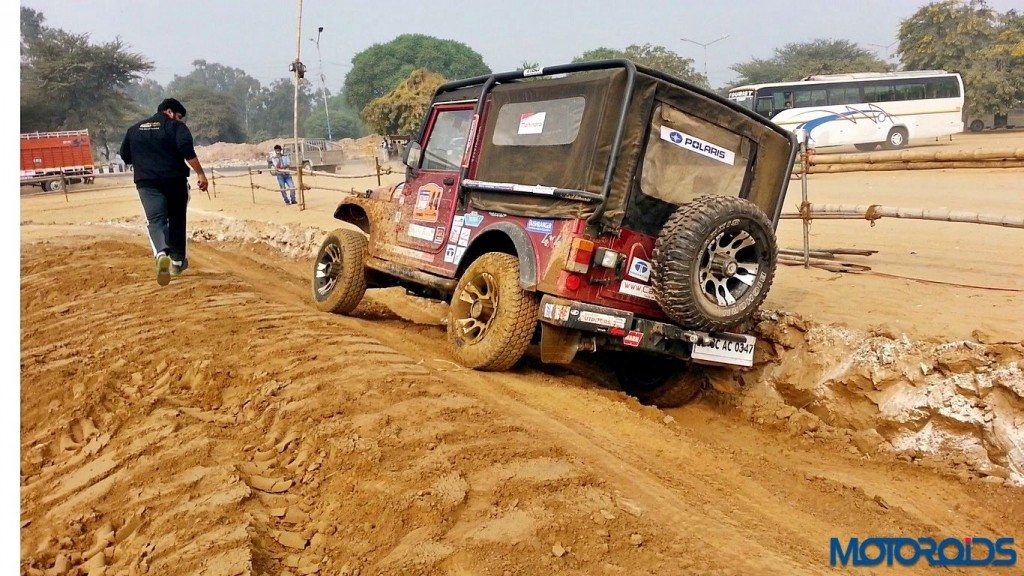 Next we were on tilt section. Tilt angle was more than what we had experienced in the past. This section again, we kept to the line, with steering straight the tyres provided grip good, enough not to send us off the line or have the Thar slip. Coming out of the tilt section, there was a deep crater. Having driven in UP, such deep craters were not unknown to me. Tyres did not break a sweat either.

As soon as we got out, we gave the Thar some beans to see how the tyres would do in a straight stretch of muddy trail. While there was initial spinning, the tyres found their comfortable position and pulled the Thar ahead. Plateau section was similar to the deep rut section. 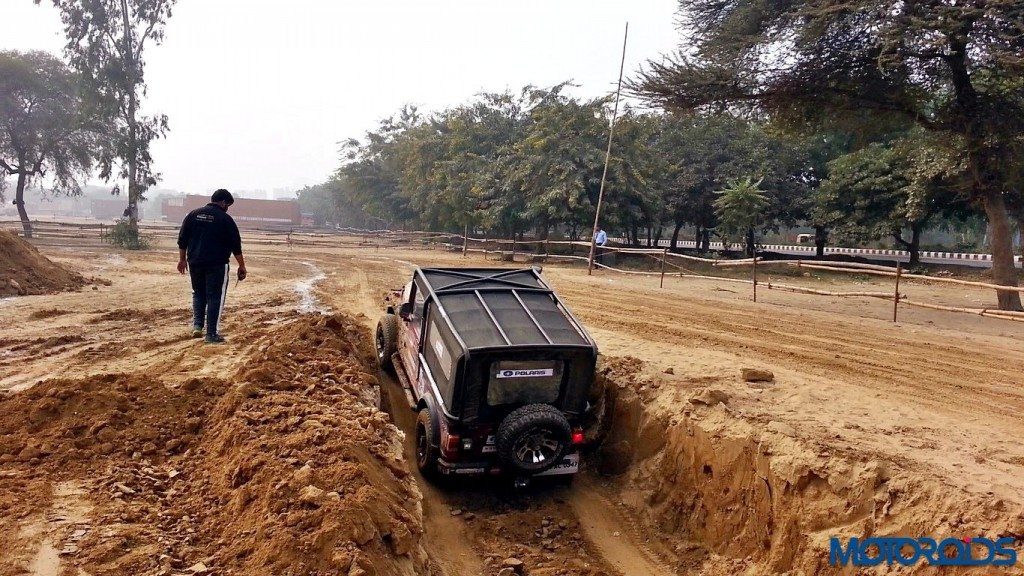 Then came the real fun part. The mud section. A long pit was filled with water and we just powered right through it. Only scream we heard came from the photographer standing not too far as we almost splashed his expensive camera. Thankfully no damage was done. The tyres did not spin or lose traction even in soft mud. However, once the mud got into the grooves, we felt more spinning in some sections.

We did come out impressed by performance of the tyres and would like to see how they fair in long run when they see all terrains and surfaces – tarmac, mud, gravel, sharp stones piercing through that rubber and high road temperatures. 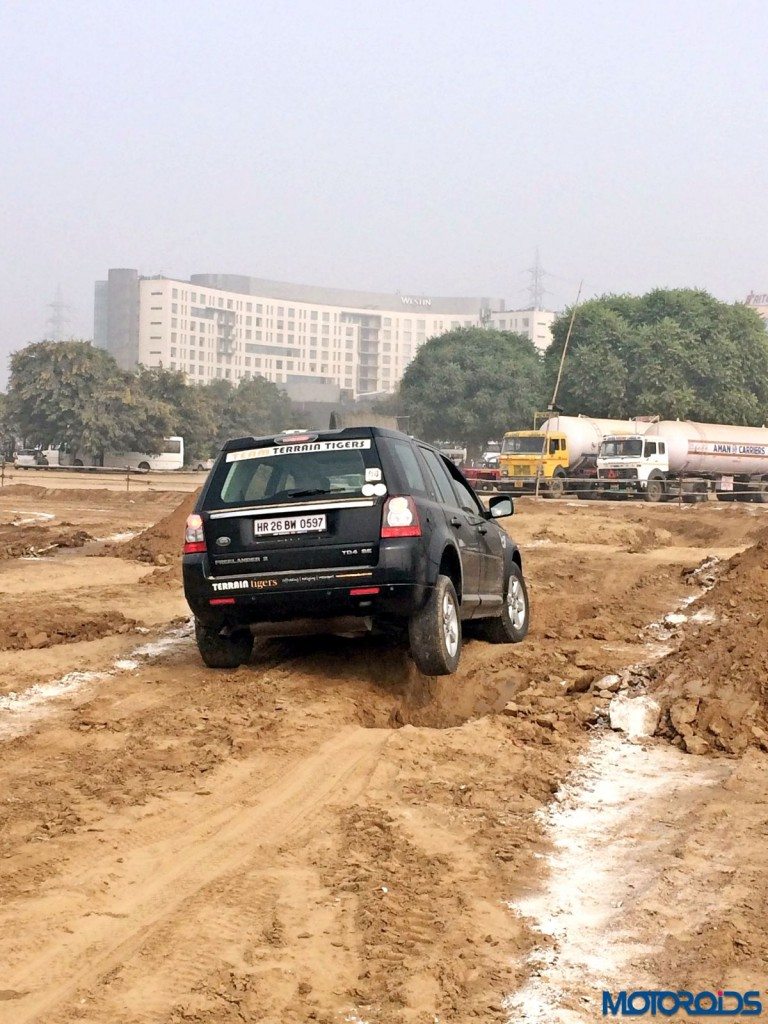 We have often seen that side walls get some beating in off roading as they scrape through rough rocks and stones. Thus the Ranger series has uniquely designed sidewalls which enable the SUV to run on toughest road hazards with ease and total control and lower probability of damage.

Ranger tyres will be available in two specialised applications, RANGER A/T -for all-terrain performance and Ranger H/T – for tarmac application. The tyres come in 10 sizes and therefore work best with a variety of SUVs available in the Indian market, namely for:

Sharing his views, Mr. Vivek Kamra, President – India Operations, JK Tyre & Industries Ltd said, “Technology & R&D have been the driving forces at JK Tyre. Aspiring to augment our presence in each and every product segment, Ranger Series is yet another marvel from our state of the art R&D facilities.” He also added, “Being a customer centric company, this product reiterates our commitment to identify new and emerging customer needs and proactively introduce technologically advanced products to keep pace with changing market scenario.” 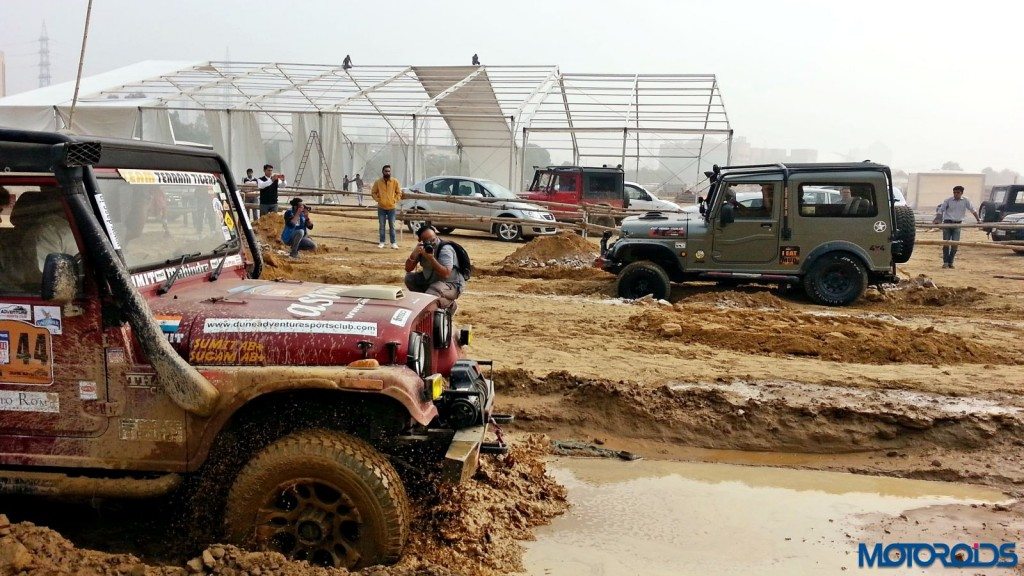 JK Tyre is also considering organic and inorganic growth in the emerging markets of South-East Asia. The company currently has 9 plants across India and Mexico with an annual capacity of around 20 million tyres. JK Tyre is committed to growing its footprint in new geographic regions across the globe.