A heavily camouflaged test mule of the long wheelbase Mahindra TUV300 has been snapped once again by one of our followers, Naveenkumar Dharmar in Pondicherry. The long wheelbase variant of the TUV300 which will most likely be christened as the TUV500 is no secret. We’ve, time and again seen the SUV on previous occasions. The upcoming SUV is currently undergoing pre-production road test. 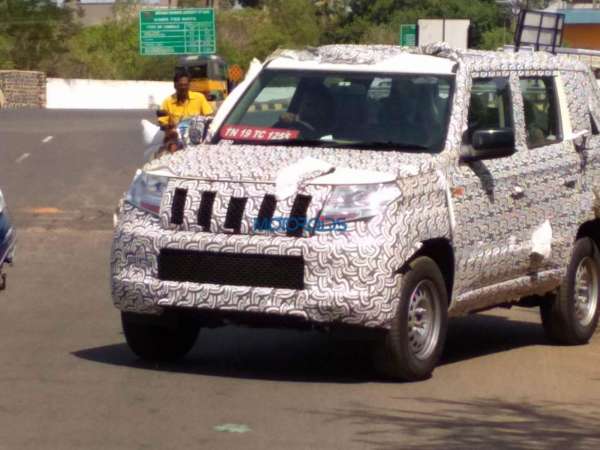 Another reader, Rahul Mhatre, shared a video of the vehicle with us. Check it out below:

As reported earlier, the upcoming SUV from Mahidra & Mahindra will feature a full fledged third row with seating for two. So instead of the twin jump seats on the TUV300, the TUV500 may get with a proper bench seat set-up for the third row. 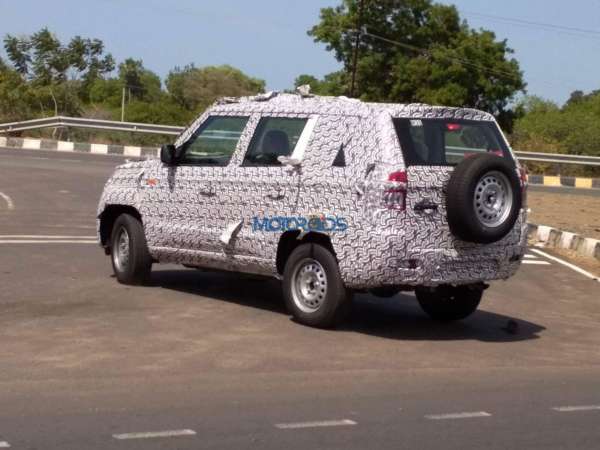 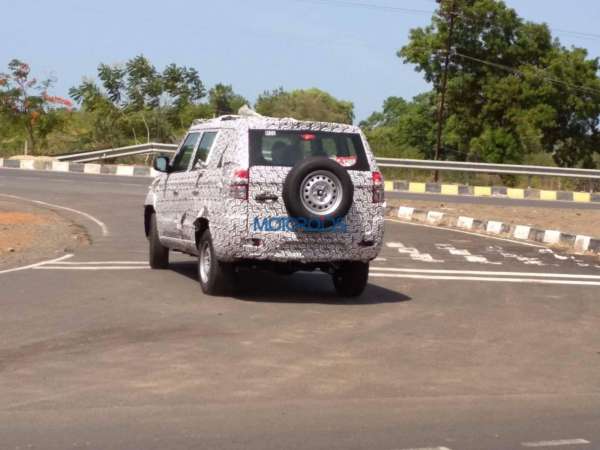 Mechanically, the TUV500 will most likely get the Delhi-NCR specific 1997cc mHawk diesel engine from the XUV500 and Scorpio that produces 140 hp at at 3750 rpm, while its peak torque of 320 Nm comes up at 1600-2800 rpm. On the TUV500, this engine is expected to be clubbed to a six speed manual transmission. 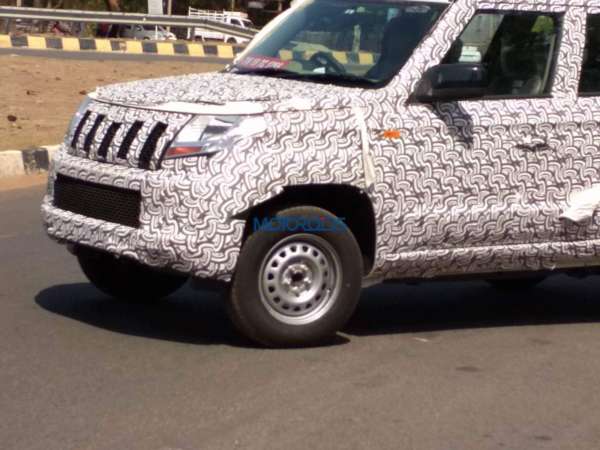 Some other features that the TUV500 can come equipped with include keyless entry, alloy wheels, electrically adjustable ORVM’s, a 2 DIN music system, reverse parking sensors and steering mounted controls.