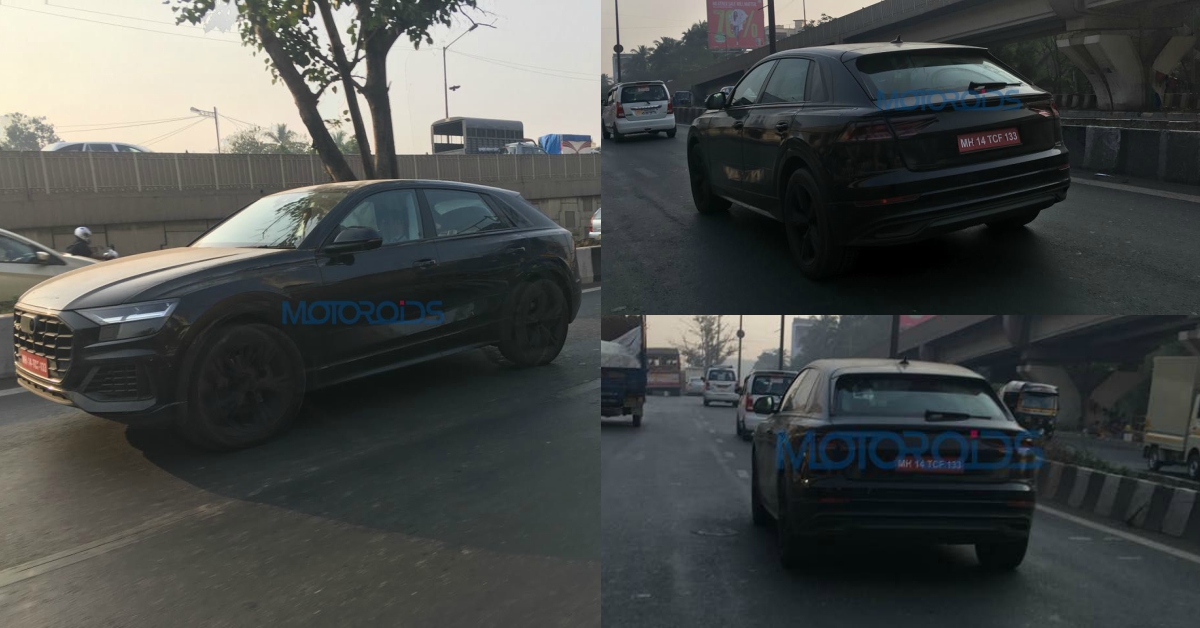 We’ve got our hands on fresh spy images of the upcoming Audi Q8 SUV courtesy one of our friends and petrol heads Nilesh Yenganti. The test mule was spotted in the Financial Capital of the country – Mumbai, Maharashtra. 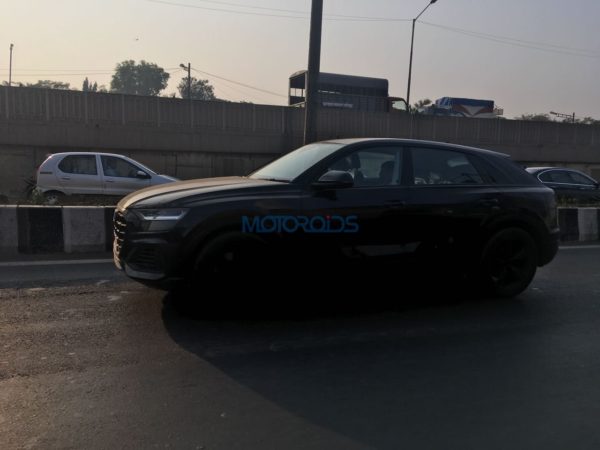 As reported earlier, the Audi Q8 uses the same MLB Evo platform that also underpins the bigger Q7. On the inside, the Q8 will be totally different from the Q7 and is expected to feature some of the best tech that Audi has to offer. Some of the new functions would include streaming service Spotify, Google Play Music and Google Assistant – all of them running on the large MMI touch display in the centre of the dashboard. The information will also visible in the Audi virtual cockpit in the driver’s direct field of view. 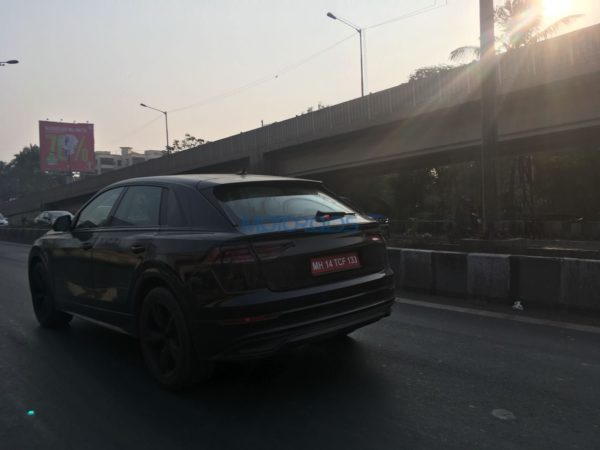 From the outside, the doors could lose their window frames and Audi’s single piece LED taillight which runs across the tailgate will remain. For the sporty intent to come through, tasty bits like a rear spoiler, sharp fins in the diffuser, and the trapezoidal exhaust pipes will be retained. 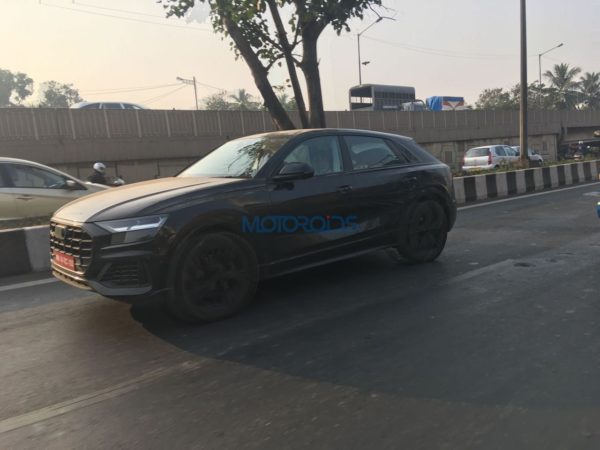 Here are some more spy images of the upcoming Audi Q8: