Had the world not been hit by a pandemic, two top-spec sedans, the BMW M8 and the 840i Gran Coupe would have been launched in India by now. Given the current situation, it is quite likely that like most other car and bike launches these days, the M8 and the 840i Gran Coupe will be introduced virtually in the coming days. However, we now have price and variant details of these brand new BMWs which have already made their way to dealerships as some of them were booked a few weeks ago. 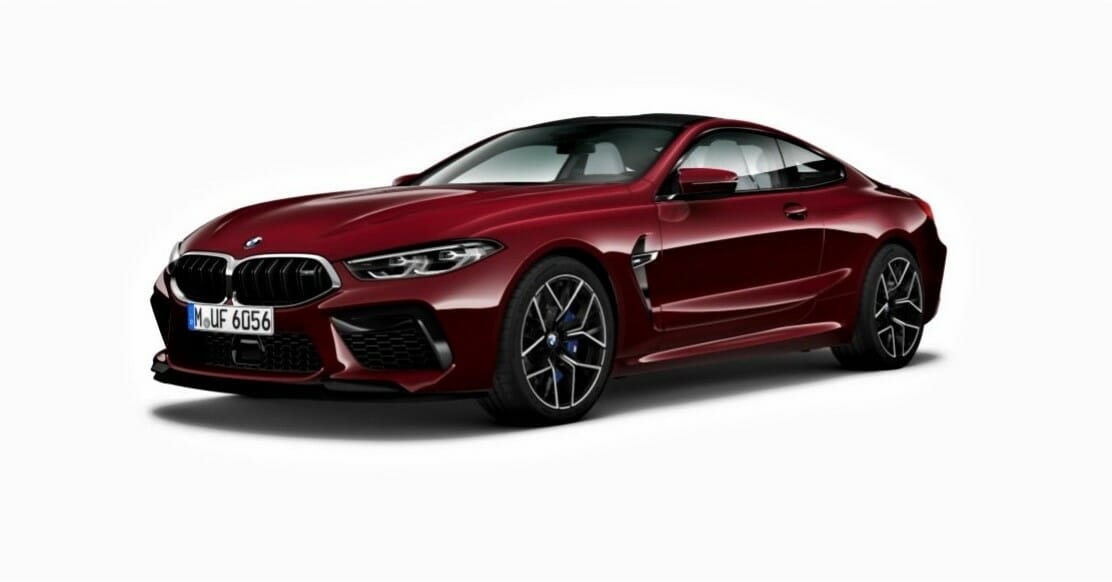 Bringing back the trend of long bonnets with monster motors working underneath to spin the rear wheels, both, the M8 and the 840i are a part of the top-of-the-range 8 Series nameplate which makes a return after more than two decades. Elsewhere, the 8 Series is available in 2-door coupe, convertible and 4-door Gran Coupe forms. For now, the M8 Coupe and the 4-door Gran Coupe have made its way to India, where the latter will be available in the 840i guise. It is powered by a 3.0-litre, inline-6, turbocharged engine which cranks out 340 bhp and 500 Nm, all of which goes to the rear wheels via an 8-speed automatic. The sporty grand tourer can hit a speed of 100 kmph from a standstill in 5.2 seconds and hit a top speed of 250 kmph.

The India-spec BMW 840i Gran Coupe will be offered with at least two confirmed BMW individual colour options which will cost extra – Dravit Grey and Blue Ridge Mountain. Where the former will be offered in Ivory White interiors as standard, the latter will offer a mixture of cognac and black for the leather upholstery. Both cars will be offered with Aluminium ‘Mesheffect’ dark interior trim finishers. The Dravit Grey car will be offered with 18″ V-Spoke Style alloy wheels as standard and the options list will include, soft-close function for the doors, electric roller sunblinds for the rear glass area, 4-zone air-conditioning and Apple CarPlay. On the other hand, painted in Blue Ridge Mountain, the Gran Coupe will also offer 19″ optional alloys. This new BMW will ask for about INR 1.20 crore (ex-showroom) in standard form, where prices will go up from there according to the options ticked. 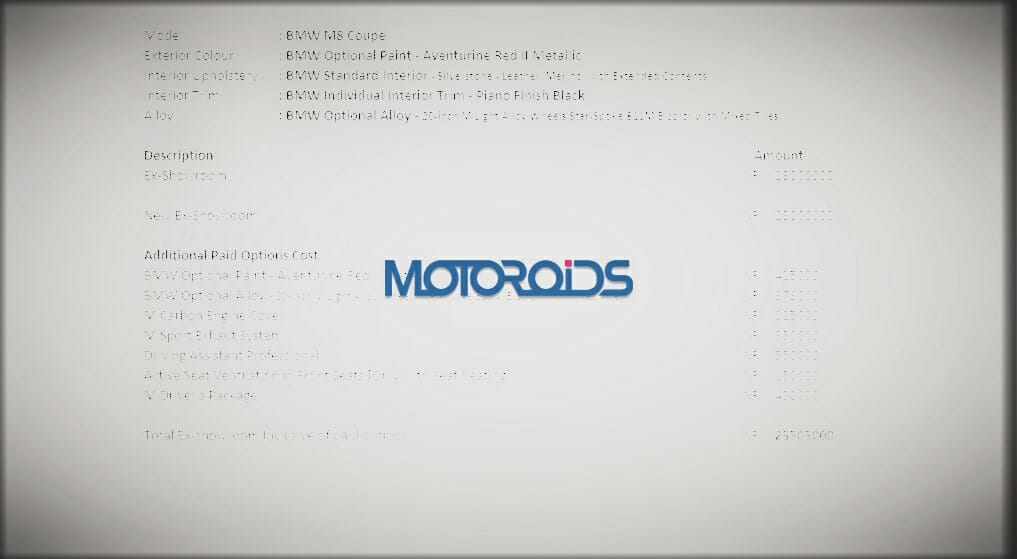 On the other hand, the M8 (Not the Competition) will go on sale in 2-door coupe form, powered by a 4.4-litre, twin-turbo V8. Although the same motor also powers the M850i xDrive Coupe and Gran Coupe which we won’t get, it cranks out more horses for the M8, where output numbers read 591 hp and a massive 750 Nm, paired with an 8-speed M Steptronic transmission sourced from ZF. Equipped with BMW’s xDrive, power is sent to all four wheels, but for the M8, the system has the ability to decouple the front axle, making the coupe a rear-wheel driven machine. The M8 can go from 0 – 100 kmph in 3.3 seconds and from 0 – 200 kmph in 10.8 seconds. Top speed is capped to 250 kmph but can be raised to 305 kmph with the optional M Driver’s package. 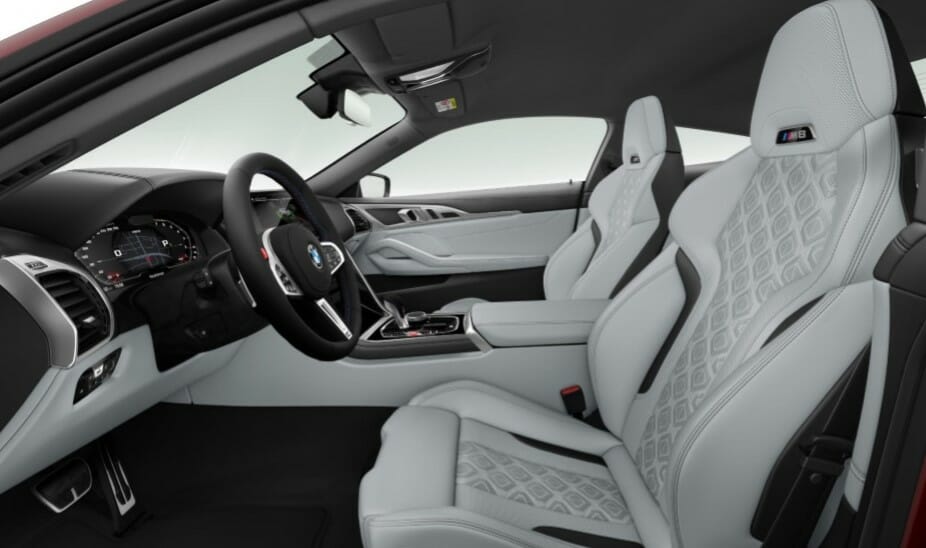 The M8 will ask for about INR 2.25 crore (ex-showroom), where the Aventurine Red II Metallic paint job will be offered as an option. Inside, the cabin will be draped in Merino leather as standard and bits on the dash will be finished in piano black. 20-inch Star-spoke alloy wheels will be offered as an option. Other optional bits include an M Carbon engine cover, an M Sport exhaust system, BMW Driving Assistant Pro, ventilation for the front seats and the M Driver’s package.