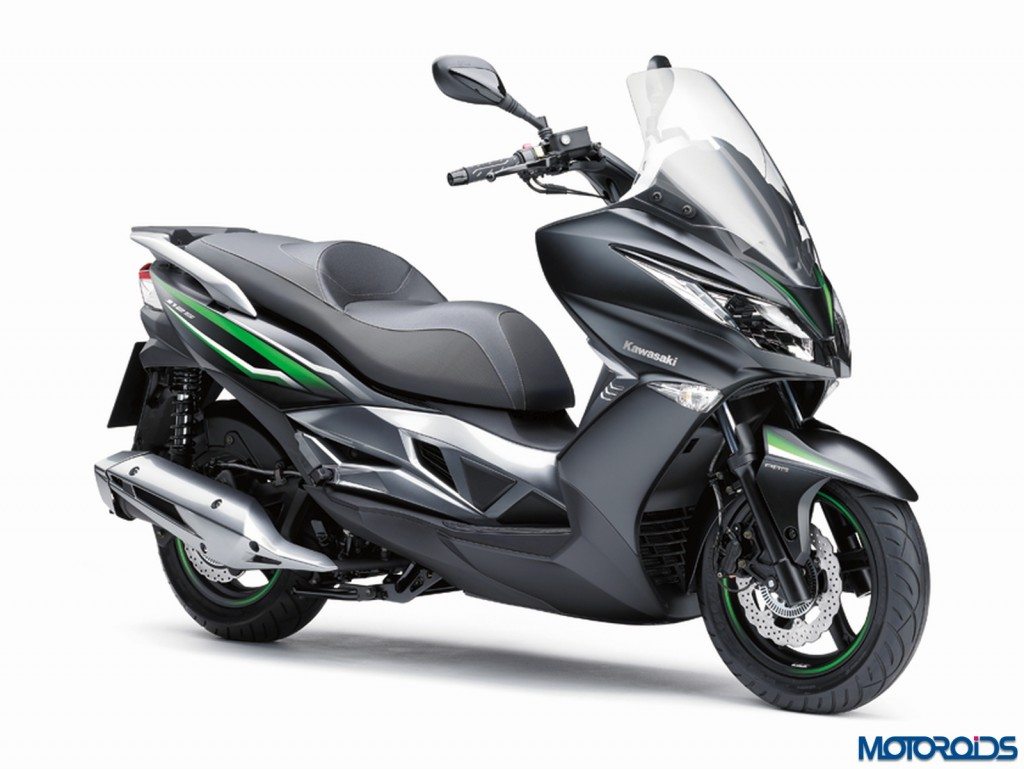 Amid the super machines, power bikes, scramblers and cruisers unveiled at the EICMA, Kawasaki introduced a light hearted scooter. The maker pulled the curtains off their first 125cc scooter, the Kawasaki J125. The peppy scooter was one of the showstoppers of Kawasaki’s 2016 road bike range showcased at the EICMA 2015. 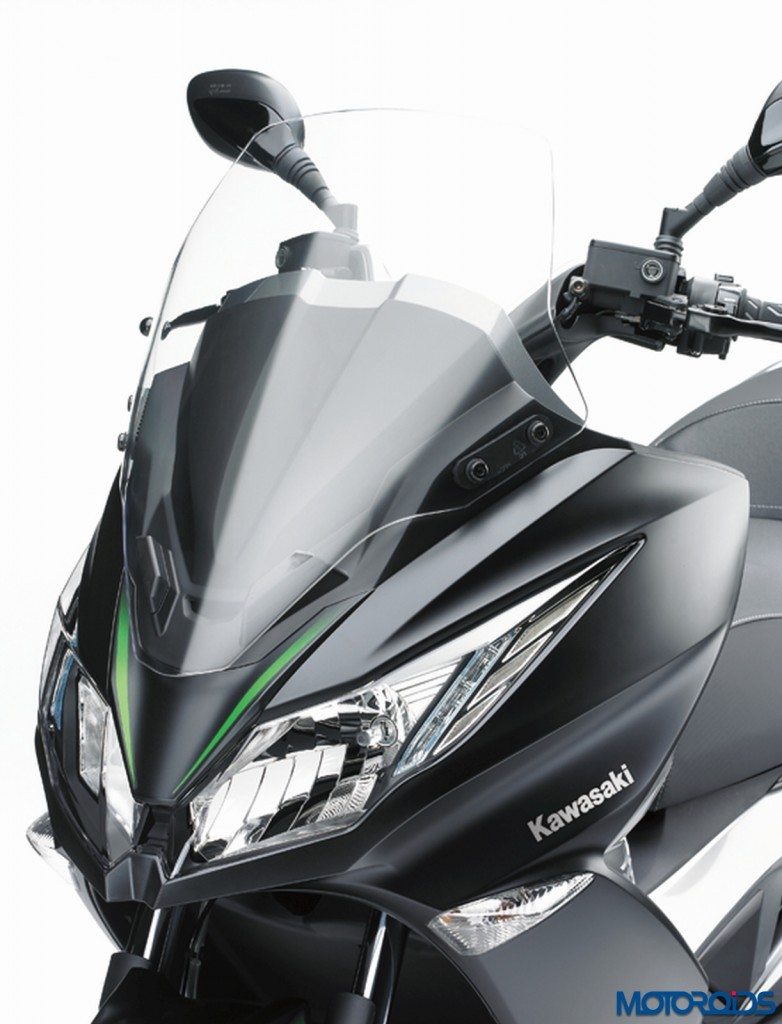 The J125 is smaller-displacement version of its elder sibling the J300 (which itself is a re-branded Kymco Downtown 300i). It is powered by the 125cc liquid-cooled SOHC four-valve single-cylinder engine which generates 13.8hp and max torque of 12Nm. The engine is mated to a stepless transmission for a true twist-and-go rideability. The chassis is claimed to be designed for the streets of Europe. Even with a less than half displacement engine, the J125 matches the J300 in terms of features. 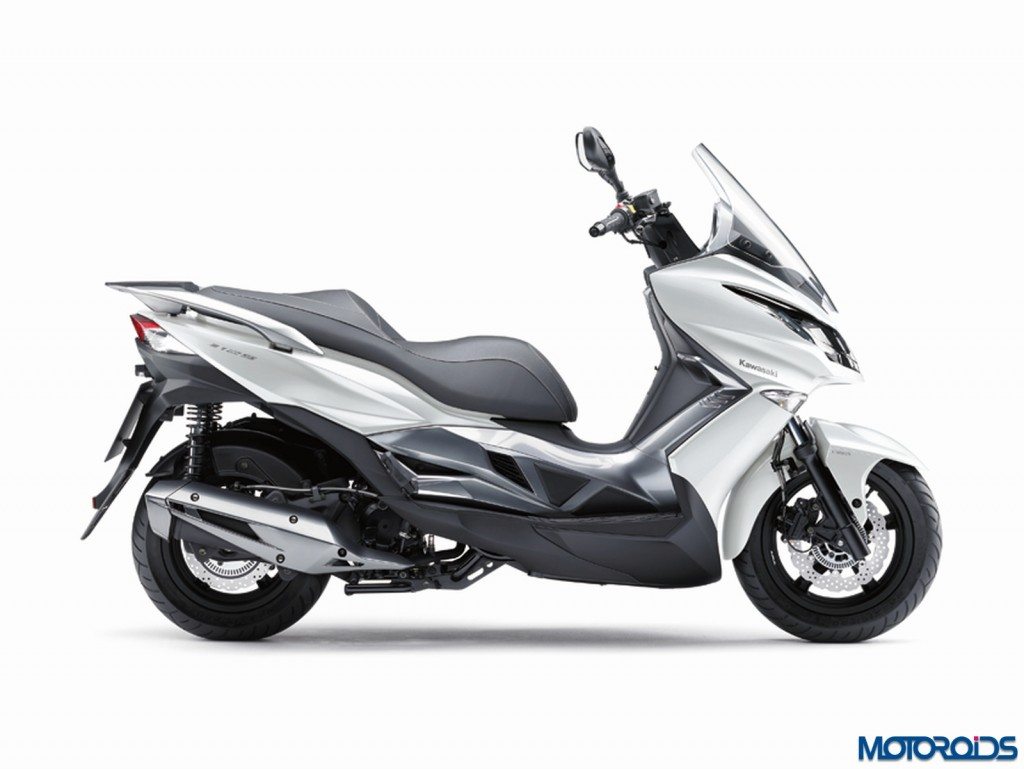 The scooter rides on 14 inch wheels up front and a 13 incher at the rear. The suspension tech on the J125 has been designed for light and sporty handling, the twin-rear shocks offer five preloaded adjustable setting. On the visual front the J125 looks heavy, even if the riding mech keeps it swift and light-footed on the ride, still the fuller bodied scooty holds extra pounds. This mini-Hulk weighs around 182kg. It sports a two-tone silver seat, LED taillight and a front end that stays glued to the styling of Kawasaki’s sportsbikes. Speaking about the sportsbike styling the J125 shows off a blue backlit analogue speedo and rev counter, with an LCD panel on the dash. 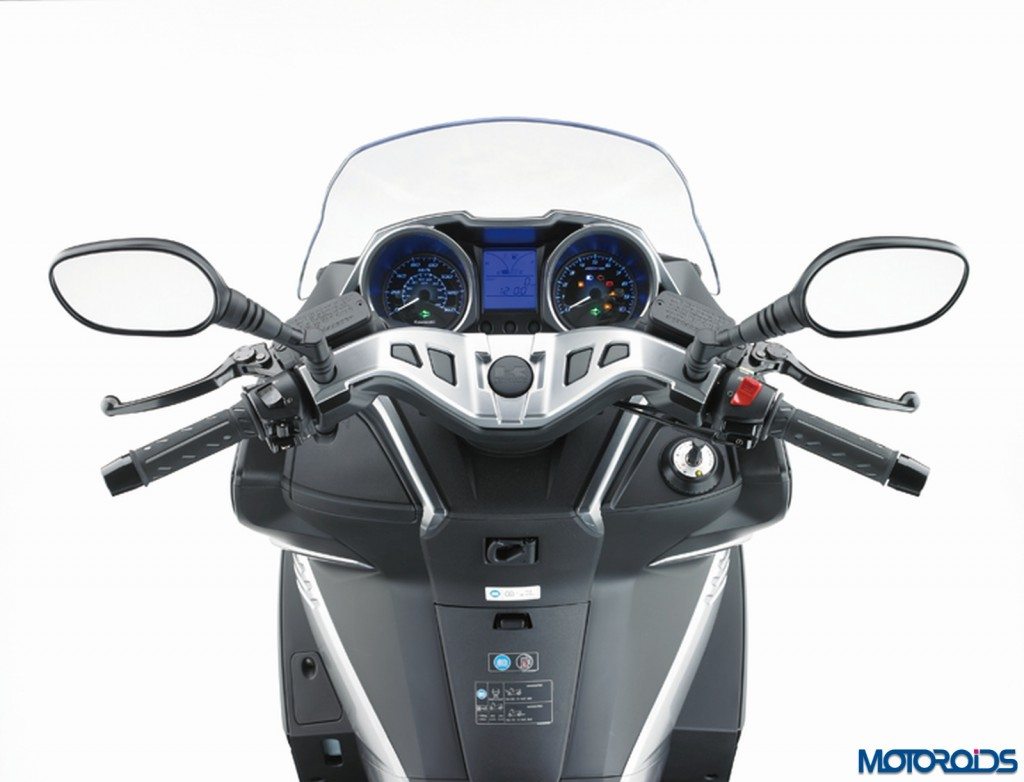 J125 has a convenient under-seat storage that is large enough to take a full-face helmet and A4 size briefcase. Additional storage comes from the glove box (which contains a 12V socket), a cargo hook and rear carrier. For safety the J125 features an anti-tamper, anti-theft ignition switch. All J125 models get petal-type discs at both ends with ABS available as an option. No official words on the prices and availability are available as of yet. 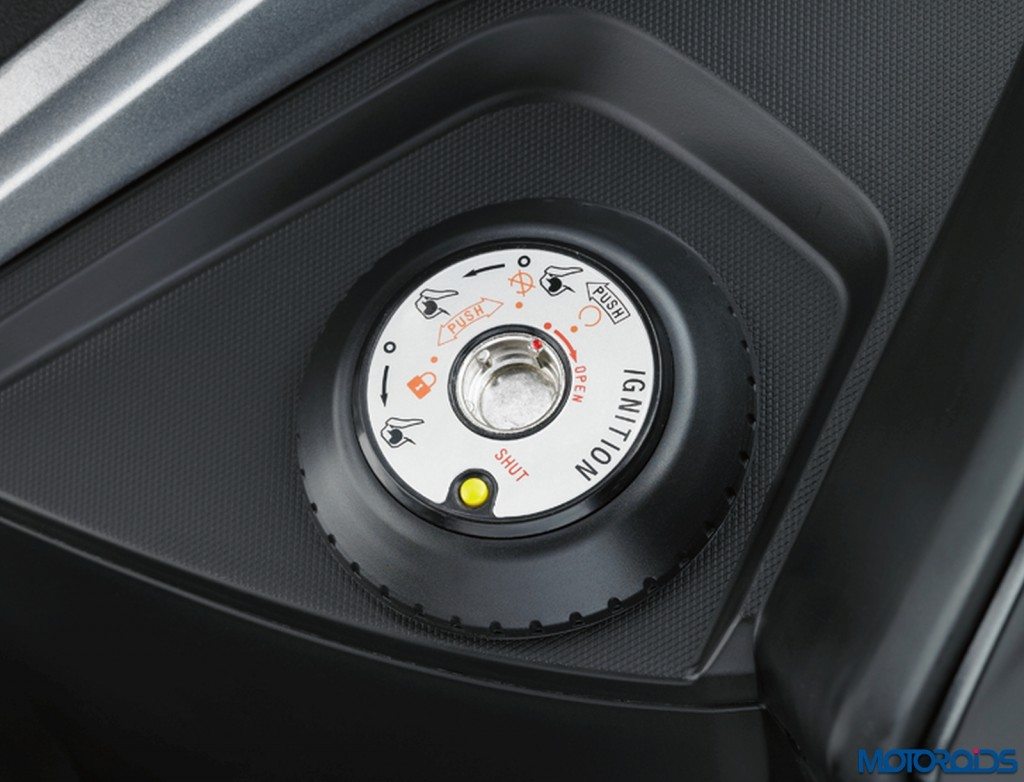 The J125 will roll out in three colours – Metallic Anthracite Black, Metallic Frosted Ice White and Metallic Flat Anthracite Black. Dubbed as the innovative urban transport solution, the J125 blends sport, control, comfort and convenience, and wraps it all in green-black Kawasaki design. After the success of their J300, Kawasaki is expecting a similar response for the new baby. Stay tuned for more updates on the EICMA action!