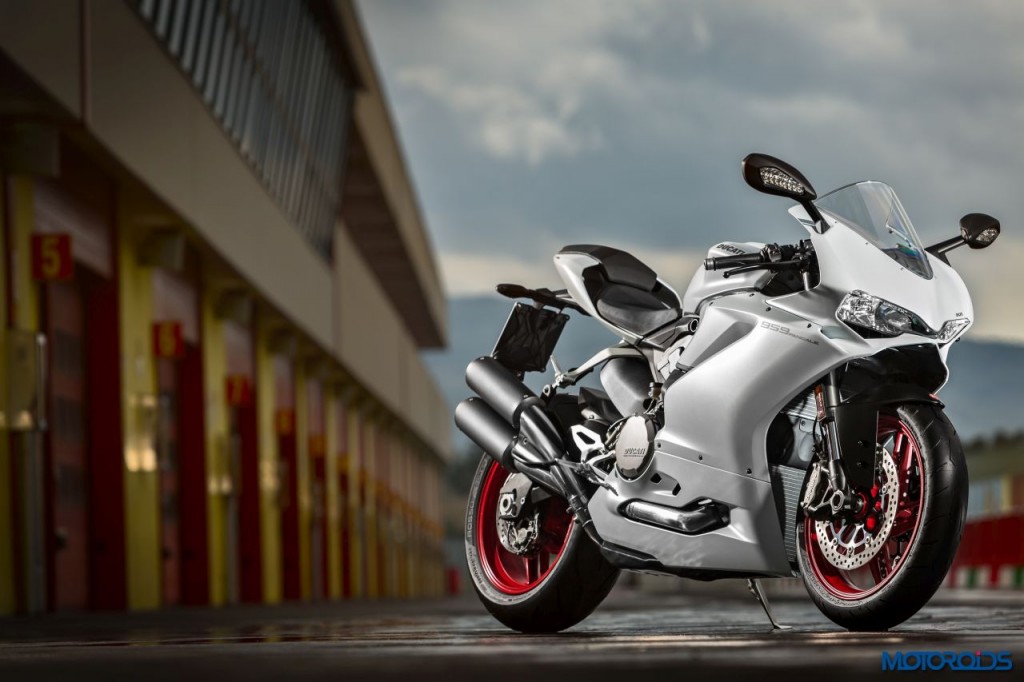 The Ducati 959 Panigale is essentially the updated 899 panigale with bigger engine capacity, more power and some stylistic and feature related changes.

Ducati is calling the 959 Panigale “a larger capacity, even more versatile Supermid model”.  Sharing the stylistic features with the bigger 1299 Panigale, the 959 is a more useable everyday bike which is also a potent race track tool. 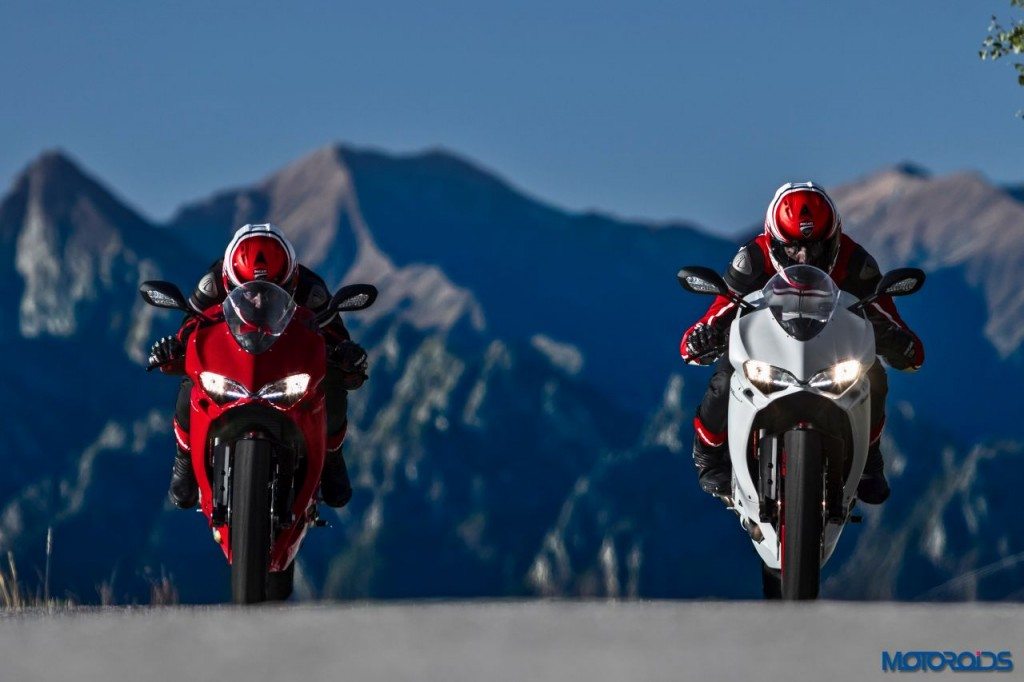 The new 955 cc twin-cylinder engine on the motorcycle is Euro 4 compliant (on one of the variants) and comes with a longer stroke for more power and a flatter torque curve. Power is rated at 157 hp at 10,500 rpm while the peak torque is rated at 107 Nm. The increased power and torque haven’t reduced the service intervals, though, and valve clearance inspections are still only required every 24,000 km. 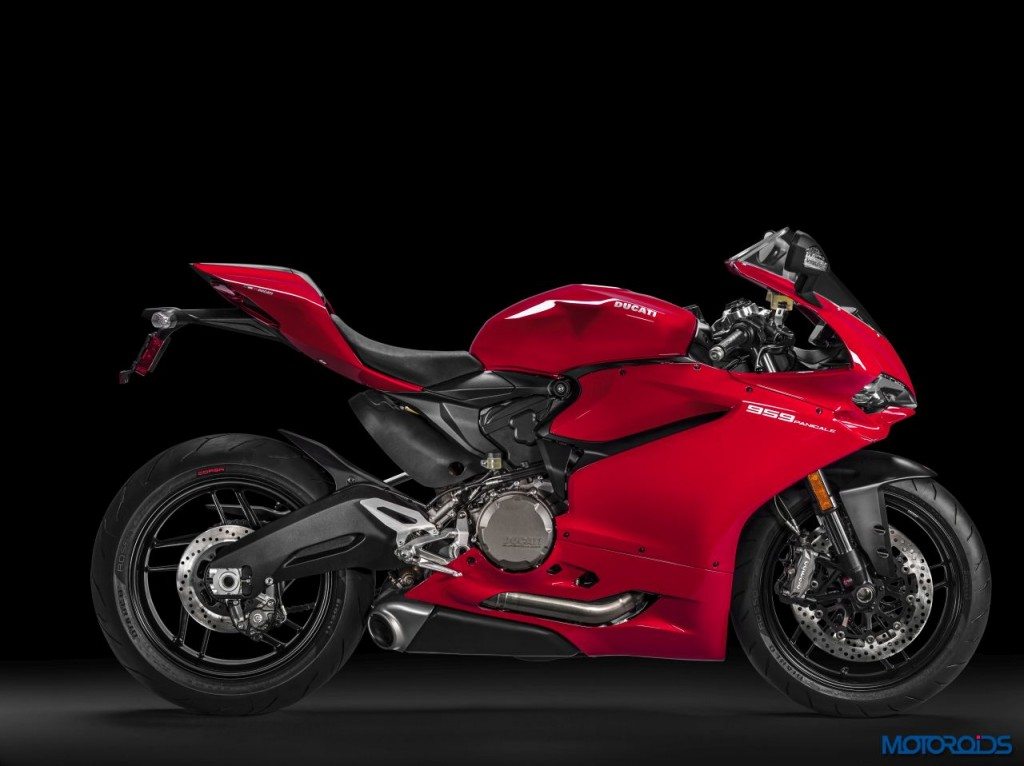 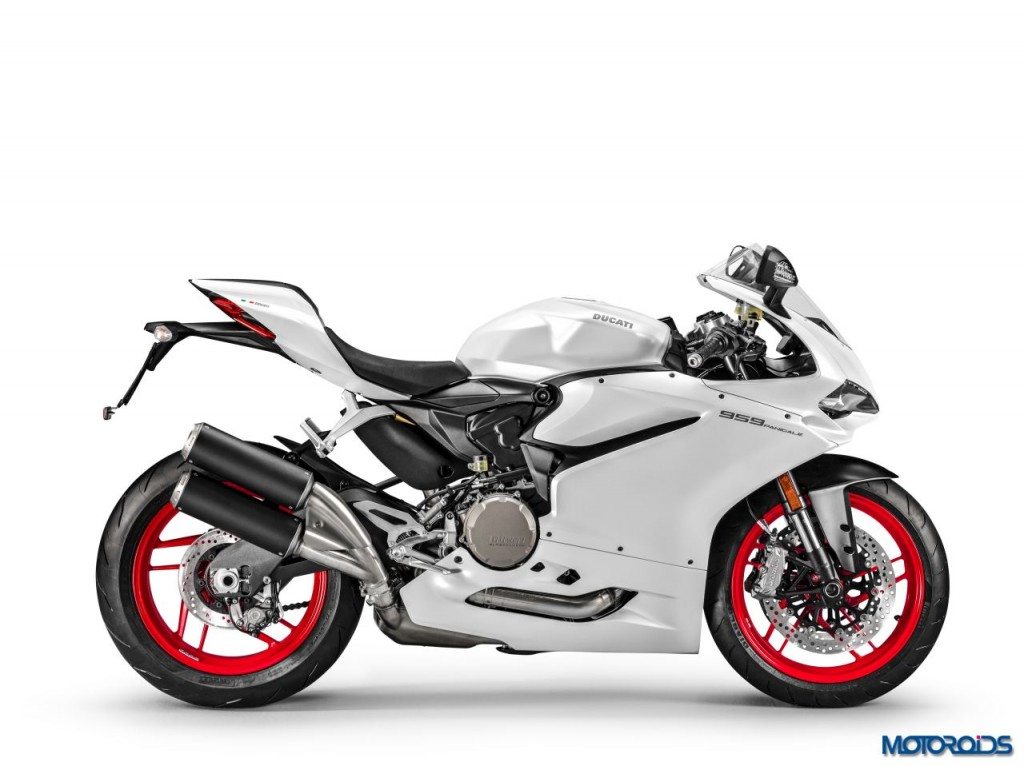 The exhaust of the new motorcycle has been re-styled, and is now longer and placed higher. The timing belt covers on the 959 are new, and the bike is equipped with an ‘anti-hop’ slipper clutch. Ducati is also offering a non Euro-4 compliant version which retains the low slung exhaust from the earlier 899 model.

The engine on the new bike is a stressed member of the monocoque frame to keep the weight at a low 176 kg. 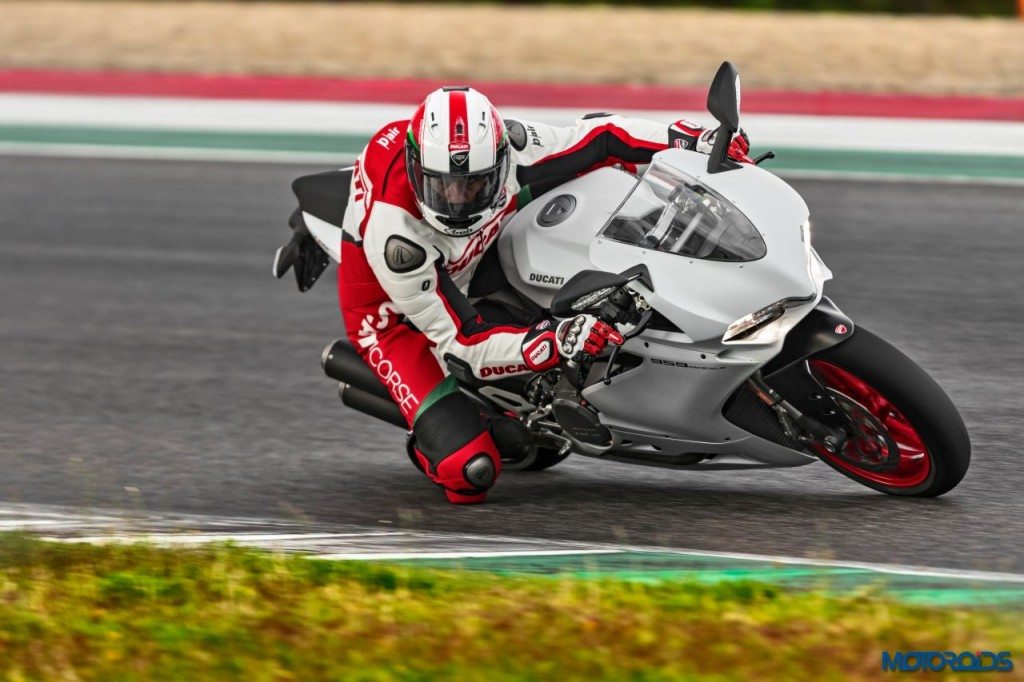 The bike gets the silhouette of the bigger 1299 Panigale, albeit with a redesigned nose fairing, headlight and tailpiece. The wider nose fairing and screen on the 959 are meant to improve aerodynamic performance. The new fairings help enhance the aggressive face of the motorcycle, further aided by larger-section front air intakes. 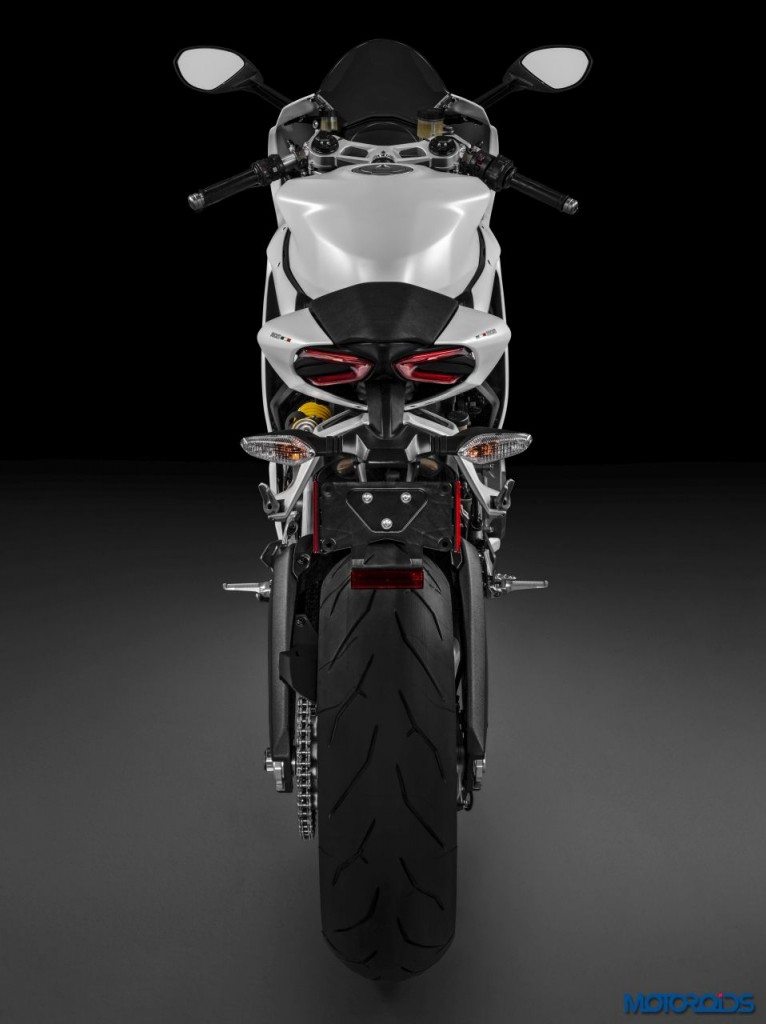 The 959 Panigale is available in traditional Ducati red with black wheels or Arctic White Silk with contrasting red wheels. The moorcycle has been priced at £13,095 or INR 13 lakh

Check out the image gallery along with a video below