The Ducati Scrambler Café Racer and Scrambler Desert Sled will soon be joined by another product in the Indian market. Ducati has confirmed through Twitter that it will be launching the new Scrambler Mach 2.0 in India very soon. The motorcycle was recently unveiled at the Wheels and Waves festival.

The Scrambler Ducati Mach 2.0 is here and it’s coming to India soon! Check it! #LandOfJoy https://t.co/KsALjtc89I 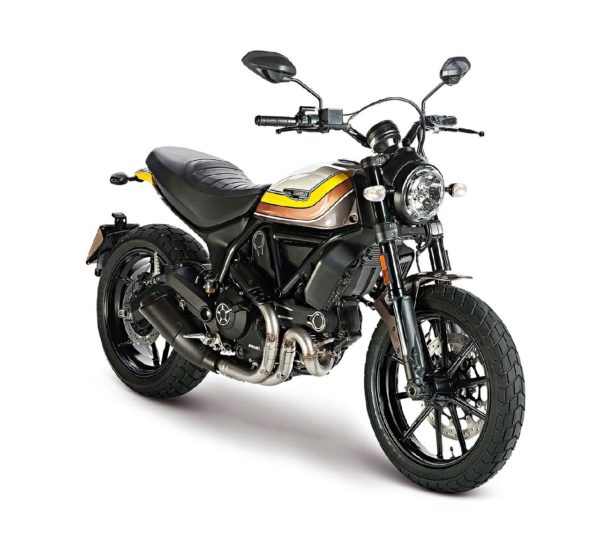 The Ducati Scrambler Mach 2.0 sports a low mounted, variable cross-section aluminum handlebar, comfortable and plush flat track pro seat. The exhaust cover and engine heads have been painted in matt black. At the front, the Mach 2.0 is fitted with an 18-inch wheel while the rear gets a 17-inch unit, both wrapped in 110-section and 180-section Pirelli MT 60 RS tires respectively. 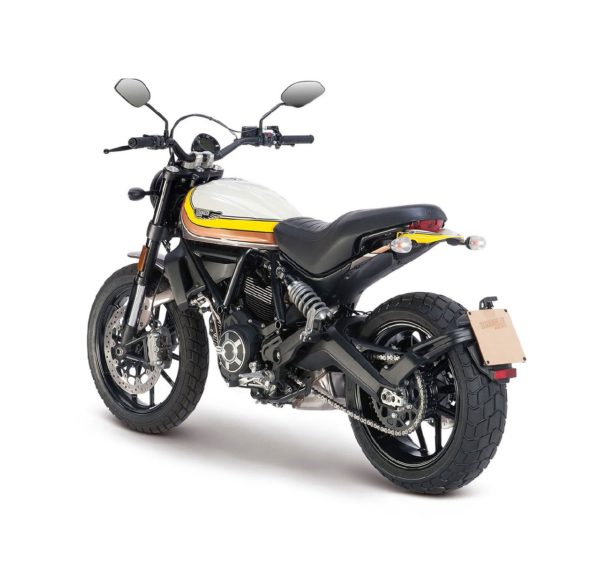 The upcoming motorcycle will be powered by the 803 cc L-Twin, 4-valve, Desmodromic engine, producing 73.4 PS of power output and a peak torque of 67 Nm. The engine will come mated to a 6-speed transmission and will feature a slipper clutch. Stopping power will be provided by a 330 mm disc upfront and 245 mm disc at the rear.

While Ducati India has confirmed the motorcycle for the Indian market, it has remained tight-lipped about the launch dates. We’ll most likely hear more details on that front very soon. Expect the ex-showroom price to hover around INR 8.6 lakh.