Home News Ducati hopes for victory over Yamaha after it unveiled its 2010 MotoGP Contender!

With a big bang, Ducati expects to gain its apex position in the MotoGP championship by beating present champion pair Rossi-Lorenzo of the FIAT Yamaha team. Ducati believes it can do this with the introduction of its new 2010 GP10 motorcycle. Ducati hopes that the bike would prove to be successful in ending the recent Yamaha domination of the MotoGP world championship in 2010. 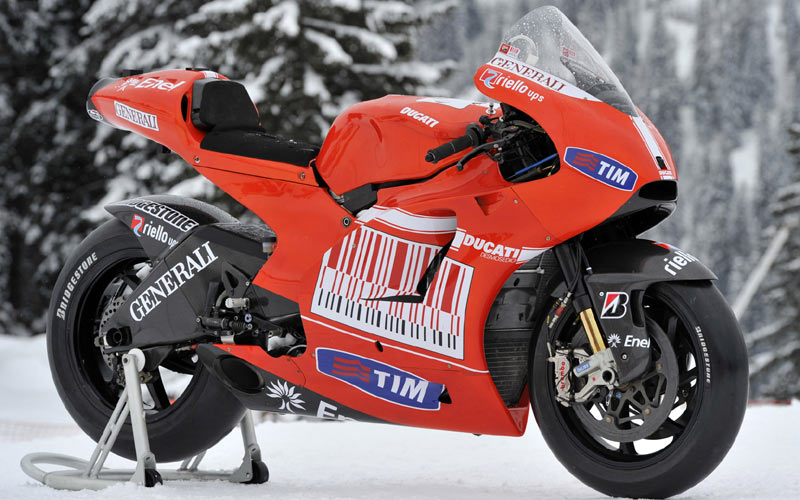 The bike was tested back in November by the Ducati MotoGP riders Casey Stoner and Nicky Hayden at the traditional post-season test session at Valencia. After his Valencia debut, Stoner had mentioned about the GP10 along with his reviews about the bike. Stoner believes that the new bike has got the potential to outrun Yamaha’s Rossi.

Winter testing of the bike will resume on the 4th of February. The bike is scheduled to be tested at the Sepang Circuit in Malaysia by the Ducati Riders themselves. 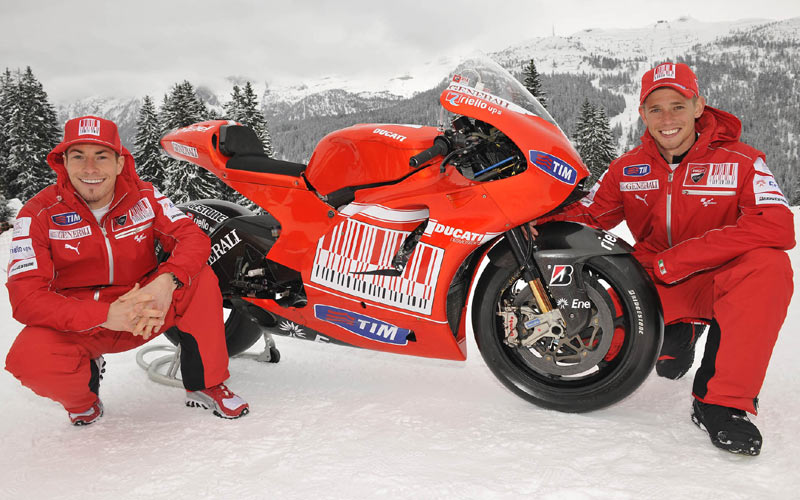 Stoner stated, “We changed the engine configuration to try and make the bike a bit easier off the bottom end and get a bit more traction and it was a big improvement. I hope it can help us at circuits where last year we were lacking a bit of grip. At the last test we got the carbon swingarm working again but we still have a lot of things to test before the first race.” “It is an undeveloped engine now. For the last three years all the manufacturers have had the same configuration and they’ve been able to develop the, engine. We’ve been developing one engine and now we’ve changed and that’s going to start a new development. I’m sure Filippo (Preziosi) and the guys will come up with something. We are losing a little bit with top speed but at Valencia I was coming out of the last corner a bit faster with the extra traction, so I actually ended with the same top speed,” he added.