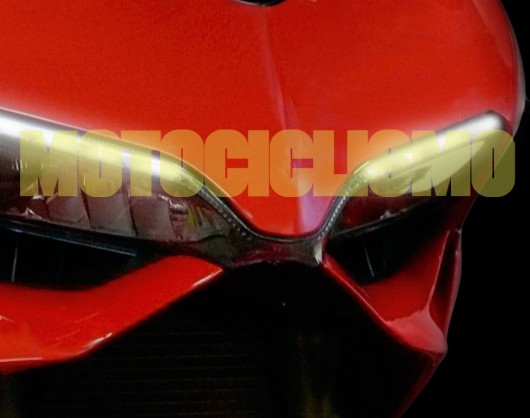 Ducati 1198 successor, the 1199, which will in many ways break tradition for the Italian superbike maker and push the performance goalpost further away will soon be launched. Italian motorcycle magazine, Motorciclismo has revealed the face of the new flagship sportsbike on its website. The flagship superbike will veer away from heritage to embrace engineering excellence and superior performance. The bike is slated to be launched in November this year at the Milan motorcycle show.

With a tail resembling the RSV4, a new position for the rear shock, and a Buell mimicking underbelly, the 1199 is a study in radicalism for a bikemaker with a history like Ducati. Even the trademark Ducati steel trellis frame has been shown the bin in favour of better handling! WSBK rider Troy Bayliss sampled the bike earlier this month in Mugello and came out mighty impressed. Heck, he even improved upon his previous lap record.

This is the first undisguised image of any part of the new Ducati superbike ever. Our regular reader would remember that we brought them the news of the new 1199 a few weeks back, and how it was going to be an aberration from the Ducatis that we know. Here’s the spy pic we carried with the story.

The 1198 will be powered by a V twin producing 185bhp of maddening power. One funny thing about the new machine is the report from Motorcyclismo magazine which suggests that the bike may be called Xtreme. Imagine the bike having a namesake in India which stands for something different. There is hope though, as MCN is still sticking by its information that the bike will most likely be called the 1199.

It would be interesting to see this new baby slug it out with other contenders in the liter class pack, especially the BMW S1000RR. We are damn excited. We are eagerly waiting for the launch, and later the comparisons by some European publications. What do you think? Can this beat the BMW?