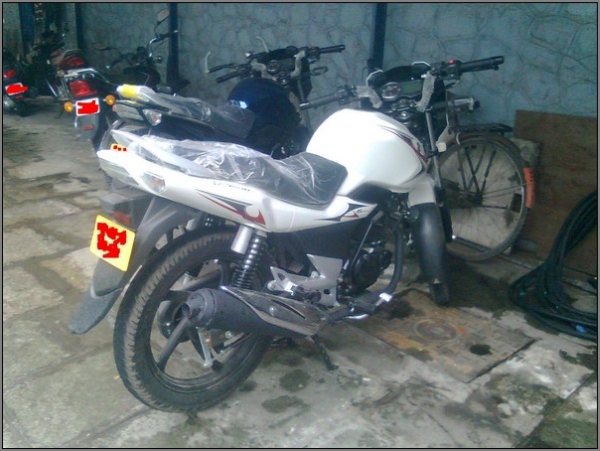 For me, personally, the Suzuki GS150R is one of the better 150cc bikes around. Unless you want visual aggression, the GS150 actually makes a lot of sense. It’s got an utterly smooth engine, feels big and substantial when you swing a leg over the saddle, has a six speed box, has a nicely set up suspension and good power too. It’s just that no one is looking at those qualities in that segment, people want sporty looks, sharp design – stuff like clip-ons and rear-sets, you know!

Suzuki, however, seem to be going ahead with the GS150R without altering its DNA much. A fan has recently put up some spy pictures of the upcoming bike on the brand’s FB page. The facelift, in typical Indian bike OEM fashion comprises sticker job, some cosmetic upgrades, and, well, nothing else.

Apart from the new set of graphics the GS150R also gets a new, white colour, in addition the existing four shades. While we don’t know whether Suzuki have made any changes to the mechanicals of the bike, on the first look, it seems quite safe to assume that it’s strictly a cosmetic makeover.

There is no official word on the launch date either. Expect a launch in the coming months. Here’s the picture gallery