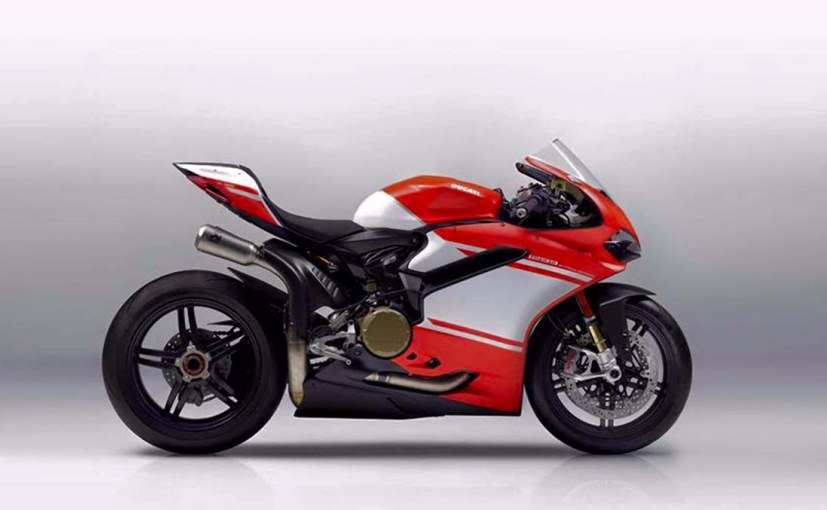 What you see in these images is arguably the most monumental masterpiece from Ducati. The 1299 Superleggera, or ‘Project 1408’ was supposed to be officially unveiled next week, but thanks to a leak, we can already drool all over our desk. The 1299 Superleggera is an extremity – in terms of power, in terms of weight reduction, engineering – every aspect imaginable. 215hp of blistering power with a mind bogglingly light 150kg of dry weight is unheard of territory – let us explain.

Those explosive numbers are courtesy some unrelentingly extreme engineering, with generous use of titanium, shorter service schedules to heal that carnage and a few other secret tricks. Almost everything on that body, including the frame, swing-arm and wheels is made of carbon fibre. Other tricks include a titanium exhaust, lithium battery and tiniest possible size for stuff like footpegs, seat, alternator and starter. 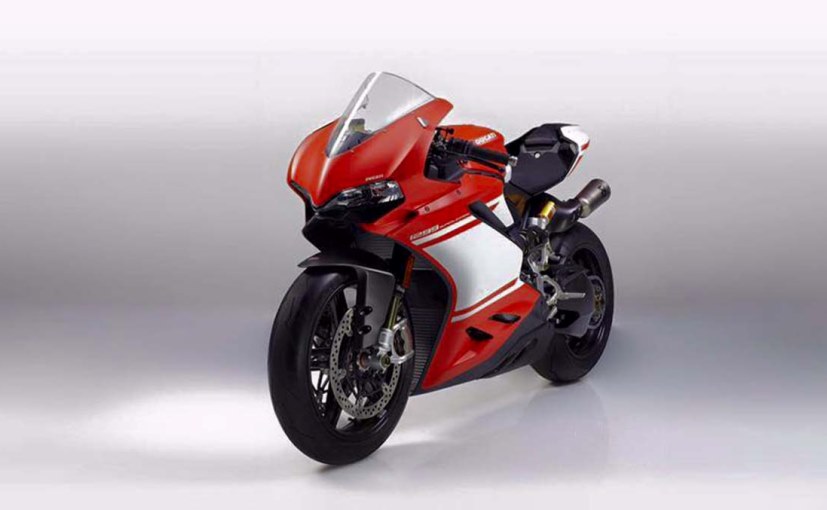 The Ducati 1299 Superleggera also gets a WSBK-spec Akrapovic exhaust kit doing its bit to make it the lightest and the most powerful production Ducati ever.

It wouldn’t be your everyday production bike, though, with only 500 units to be made. Each one of these monsters would reportedly cost around $80K or INR 53 lakh, and that’s before the Indian government has applied the duties it’s so fond of levying on CBU Imports. The landing price in India can be expected to be well above INR 1 crore, though we aren’t sure if it would actually make it to our shores.

Complete details about the motorcycle are not available yet, as it would be officially introduced at the upcoming 2016 EICMA show. As and when the bike is fully revealed, expect, as always, for Team Motoroids to report promptly about this thunder on wheels. Do let us know your thoughts on this extremity through the comments section below, or via one of our social channels.