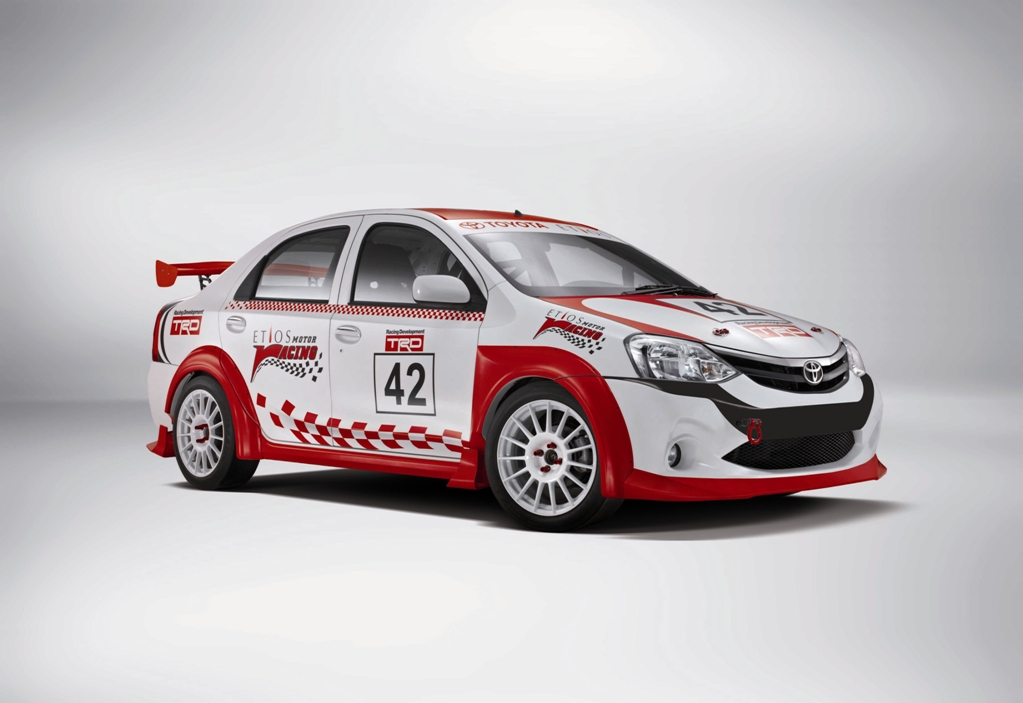 We reported when Toyota announced its plans to search for the final driver line-up of the Etios Motor Racing (EMR) Series. Well, the nationwide hunt ended last weekend. The procedure saw as many as 40 young racers battling it out against each other. Now, the selected 25 will be driving the Etios in its racing avatar this year at the Exhibition races in August and October, and next year at the inaugural season of Toyota’s single-make racing series.

The entire selection process was well-planned and thorough in order to select the most talented racers in the country belonging to the age group of 15 to 24 years old. These drivers will go on to compete at the Etios Motor Racing Series and in turn will also have bigger and brighter opportunities opened up to them in the field of racing both in India and overseas.

Commenting on the EMR driver training programme, Mr. Sandeep Singh, Deputy Managing Director-Marketing, said, “We had young aspiring racing drivers from all over India, and it was truly heartening to witness the passion and enthusiasm they showed for motorsport at the various EMR camps. In fact this further emphasizes the purpose of an initiative such as this for motorsports in the country. An experienced team put their heads together to select the driver line-up for the EMR Series, and will continue to partner us to hone the driving skills of the young talent the country has to offer. This is only the beginning, and we have a lot of excitement in store, starting with the exhibition races in August and October this year.”

A record number of 3300 online registrations was received which were sifted through to get to a number of around 900 eligible participants. They were then invited to compete in the first round of auditions in four cities – Pune, Delhi, Kolkata and Bangalore.

The arduous task of selecting 70 young drivers from around 900 was given to experts in the field of racing and rallying – Leelakrishnan, Farad Bhathena, Nawaz Sandhu, Karandeep Sandhu, Amittrajit Ghosh and Karna Kadur.

As selections were held across the country at different tracks, the following was put into place to achieve the intended result:

The top 70 competitors were put through a more rigorous second round of selections where they were individually trained and judged by five top evaluators/ instructors with a motorsport background – Leelakrishnan, Ram Narayan, Rahul Kantharaj, Karna Kadur and Anish Rathnam. The camp was held over two days in Bangalore with a total of three rounds for a batch of five candidates in each round.

Participants were judged on their go-kart driving skills with importance given to their lap times and consistency in lap times in Camps 1 and 2.

40 drivers were selected from Camp 2 who then went on to attend Camp 3 where for the final selection and training with the Etios Motor Racing cars. The participants were driving the EMR cars for the first time, hence were put through extensive training sessions over two days at the Madras race track (MMSC), and mentored by acclaimed motorsport drivers – Leelakrishnan, Ram Narayan, Rahul Kantharaj, Amittrajit Ghosh and Karna Kadur. The final 25 drivers (+10 reserves) were selected based on the consistency in lap timings and fastest lap timings set by the competitor on the race track.