Their cars might not be as popular among the masses in India but shut the door once you’re inside a Fiat and you’d instantly know that you’ve entered something bomb proof. If you don’t believe us, these pictures of a deformed Fiat Punto Abarth should speak for themselves. There are two versions of a story which describe the reason for this hot hatch to end up in such a smashed state. 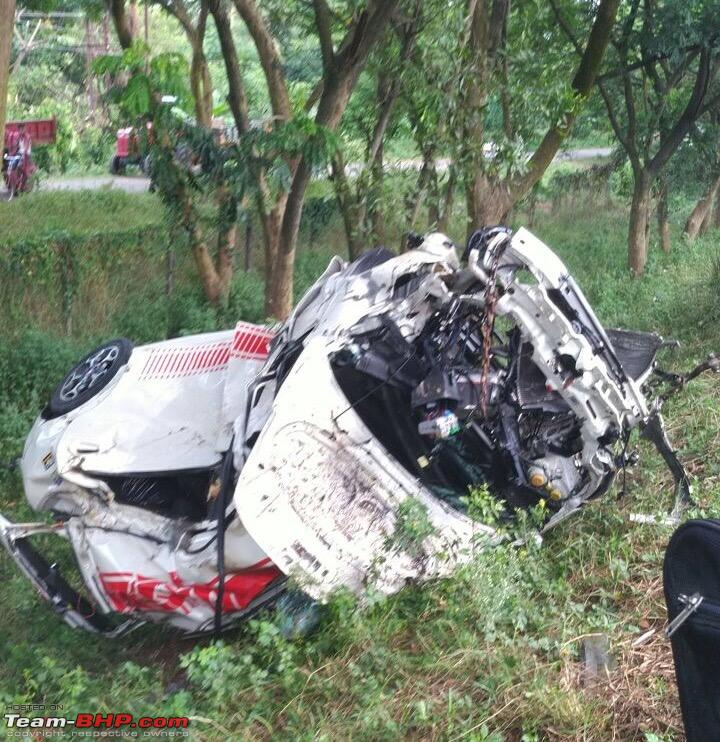 According to the first version, the driver was apparently enjoying the explosive performance from that 1.4-litre turbocharged motor and was going at a speed of 150 kph or so, when he lost control of the Punto Abarth and hit a truck. The Fiat then rolled over multiple times before ending up in a ditch.

The second story claims that the Punto Abarth was going about its business at 80 kph, when a truck decided to switch lanes and in an attempt to avoid a collision, the Fiat’s driver had to turn left abruptly, which caused to the car to flip over and roll multiple times, before hitting a tree and coming to rest. 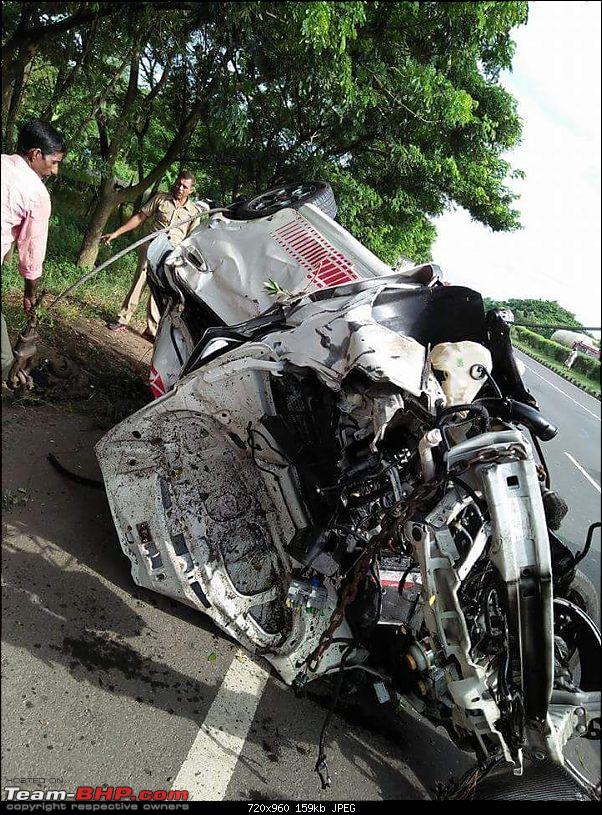 What is clearly visible though, is the fact that the force of impact was such, it threw the engine out from the bay and dismantled the drivetrain assembly completely. Thankfully, the driver was wearing his seatbelt during the incident. But for credit where it’s due, the Punto Abarth’s A-pillar and passenger cabin managed to contain those nasty forces of such a horrible impact brilliantly. A testimonial to the high levels of occupant safety and sturdy build quality which most Fiat cars can easily boast about.