Rounds 5 and 6 of the CIV Moto3 concluded at the Misano World Circuit under blue skies and incredibly warm temperatures yesterday. Both Mahindra Racing riders Andrea Locatelli and Michael Rinaldi performed very well in the races, giving Mahindra Racing the perfect reason to celebrate the team’s outstanding results in the tough races.

Andrea Locatelli won the first race while Michael Rinaldi finished second, providing the team with a dream double podium finish. Showing his skills in perfect measure, Locatelli repeated his performance in the second encounter, cornering glory in great style. Though Rinaldi led the race for many laps, he was unlucky to crash at the last turn, finishing ninth. 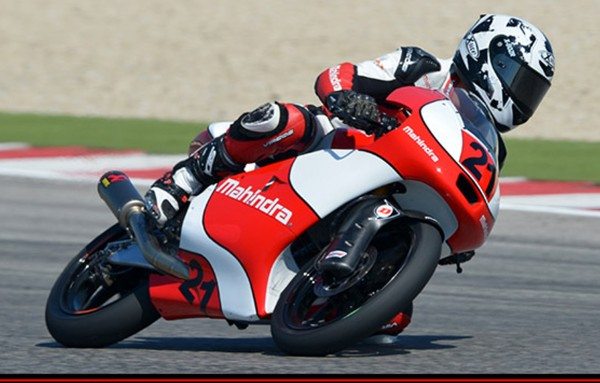 In qualifying for the first race, both riders were able to obtain a front row start. Locatelli (1’45’’801) managed to achieve the pole position while teammate Rinaldi (1’46’’282) was third. Rinaldi took the hole-shot while Locatelli was fifth. On Lap 7 Locatelli managed to take the race lead, followed by Rinaldi: the two were part of a 5-way battle for the top. On the last lap Locatelli was able to put a small gap between himself and Rinaldi, crossing the line as the winner ahead of his team mate. This was team Mahindra Racing’s first double podium finish of season 2013.

In the second race, Locatelli was looking for a repeat performance while Rinaldi, third in qualifying and second in the race, was targeting a top finish too. Both moved off from the first row in the 18-lap race in a contest that was tight and unpredictable until the last turn. Locatelli and Rinaldi were always within the front and each led the race for several laps. The battle also involved Marini, Manzi and Valtulini but Locatelli was able to take the lead in the last lap to cross the line once again as the winner. Unfortunately, at the very last turn of the race, while attempting to overtake his team mate for the win, Rinaldi lost the front of his bike and had a crash. But the spirited rider was able to rejoin and crossed the line in 9th place.

Commenting on his performance, Andrea Locatelli said, “I’m ecstatic about the win, my third this year. The double win of the weekend feels incredible and is crucial for the championship, which I’m leading now. In the first race, I didn’t get the best start but I recovered and was able to fight for the lead position. I’m especially happy because Misano is not one of my favourite tracks, but the team has worked incredibly well once again and my Mahindra MGP3O was perfect. I would like to thank my team for everything they’ve been doing”

Michael Ruben Rinaldi said, “The first race was great though tough. We were swapping positions during every lap and fought up to the finish line. I was happy with second place. I’m truly sorry for crashing out at the last turn in the second race. I led the race for many laps and tried to pull away in the closing stages, but both Locatelli and Manzi managed to overtake me with few turns left. I took back the position from Manzi and tried to do the same with my teammate, but unfortunately lost the front and crashed. I’m really disappointed because my team worked so hard during the weekend. I want to move on and start concentrating on Imola, as I want to make up for yesterday’s mistake”. 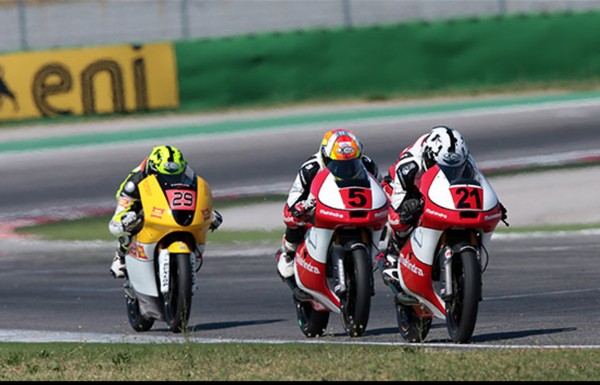 Locatelli moves up on top in the points with 105 ahead of Valtulini, Marini and Manzi. Rinaldi lies now fifth with 77 points under his belt.

The next two CIV Moto3 races are scheduled for July 27 and 28 at Imola’s famous Autodromo Enzo e Dino Ferrari.