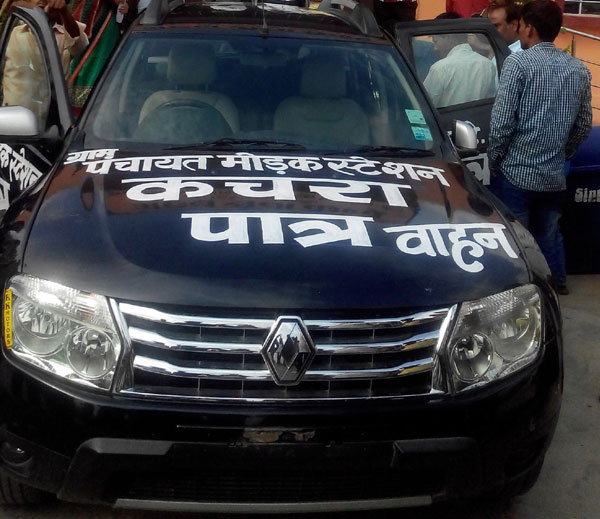 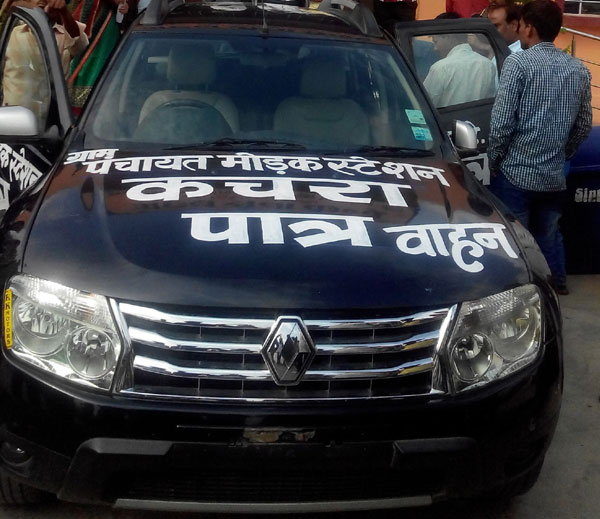 A disgruntled Renault Duster owner from Kota, Rajasthan has “donated” his troublesome compact SUV to the local Morak Station Gram Panchayat on the condition that it would be used as a garbage collection vehicle. What’s more, the ill-fated Duster (now a Dustbin) even reads “Gram Panchayat Morak Station Kachra Patra Vahan” (garbage collection vehicle) in bold on its hood and doors – the handiwork of the owner himself ! 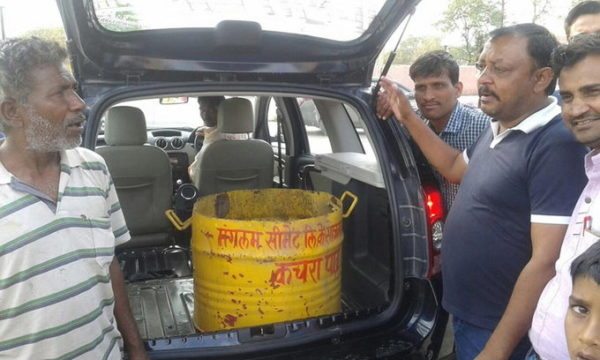 The businessman, Rajesh Parota mentioned that his Duster was giving him incessant trouble with the AC and the electrical systems since the day he bought it. He also adds that even after keeping the car for 200 days in the workshop, the local dealer was unable to resolve the issues. In a fit of rage, he handed the car over to the local civic authorities, and demanded it’s usage as a garbage collection vehicle – Ouch! 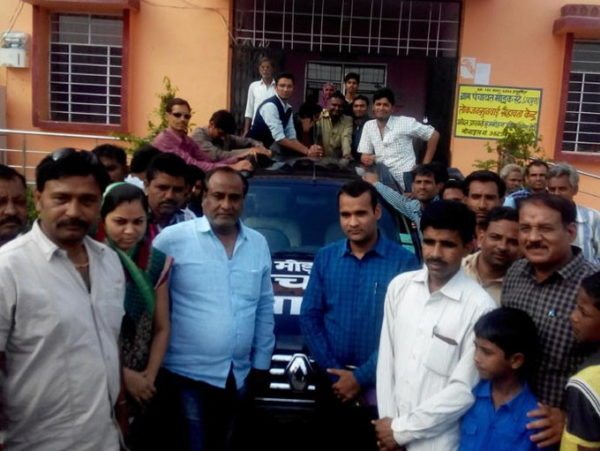 This incident is a throwback to a similar stunt from Ahmedabad last year, where an angry Jaguar owner had arranged for donkeys to pull his trouble laden XF sedan to the local JLR dealership!