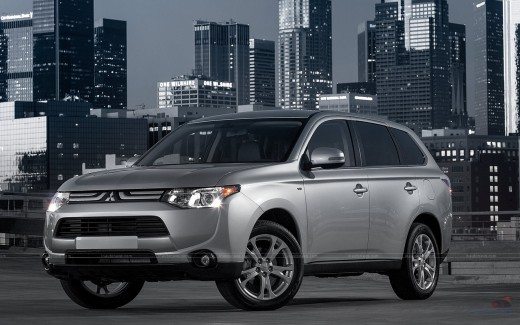 It seems like the boffins at Mitsubishi have finally decided to bring the all new generation of the Outlander to India! In a report carried out in the Financial Express, P Vijayan, COO of HMP Vijayan, COO of HM said that his company plans to launch the diesel version of the ‘new model’ Outlander in India. He said,”The company is working on the diesel version of the new model and will launch it in early 2014. It will be a more rejuvenated model and will be placed in the UV 4 segment. As Mitsubishi’s partner in India, we want to focus only on the utility vehicle segment and one can see more variants/models of Mitsubishi Pajero and Outlander going forward in India. We will target corporate honchos, celebrities and software professionals in India.”

In US, the new 2014 Mitsubishi Outlander range starts at 22,995 USD. The base model of the new 2014 Mitsubishi Outlander, the ES, comes loaded with goodies like the six-speaker sound system, air con, power windows, power locks and the usual stuff that one might expect from a crossover of this price and size. The mid level SE variant is priced at 23,795 USD and also gets a dual-zone automatic climate control, heated front seats, HD Radio audio system, FAST Key passive entry system, FUSE Handsfree Link System, 6.1-inch touch panel display, 18-inch wheels et al. The top of the range variant of the new 2014 Mitsubishi Outlander has been priced at 27,795 USD and also gets steering wheel mounted paddle shifters, wood trim, SiriusXM, rain sensing wipers, Super All-Wheel Control and more.

Engine options for the US Spec Outlander include-

Our guess is that the India spec 2014 Outlander would borrow the diesel engine from the Pajero Sport.