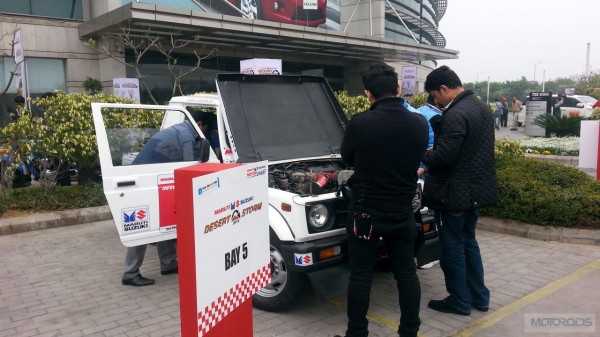 Racing is an addiction in itself but rallying is something which gets into your veins even if you have touched it even once. I was there at first day of scrutiny of Desert Storm 2014, being a rally enthusiast and having participated in one rally myself. Purpose was to at least get a feel of last minute frenzy, meeting rally friends and seeing the modified bikes and cars. Rallying cars and bikes have come a long way in past few years.

Desert Storm has long transport stages (from exit of one special stage to entry of the next) in intense heat. This puts additional stress on bikers and no chance to rest. Now people have started to use pickup trucks or trailers to go through the transport section. This allows for lower wear and tear of the bike and allows the rider to catch some rest. KTM’s have taken over in Indian bike section but they also rule in category A (open class ) in form of imported KTM Enduro’s. One is being ridden by founder of Himalayan Motorsports (who organize the Raid de Himalayas) Mr. Vijay Parmar. 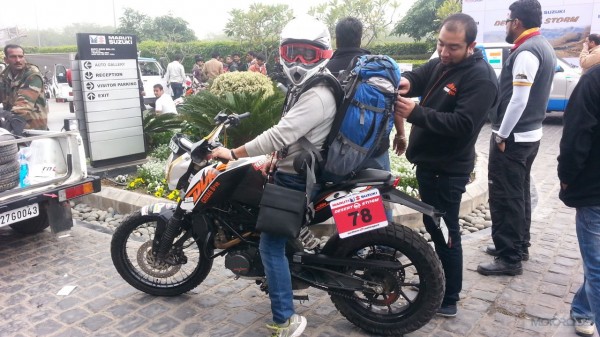 This was just on day 1 of scrutiny and we will be seeing India’s dirt champion CS Santosh coming for his scrutiny on Sunday. We are hopeful of bringing you some glimpses of him tomorrow before the official media day. 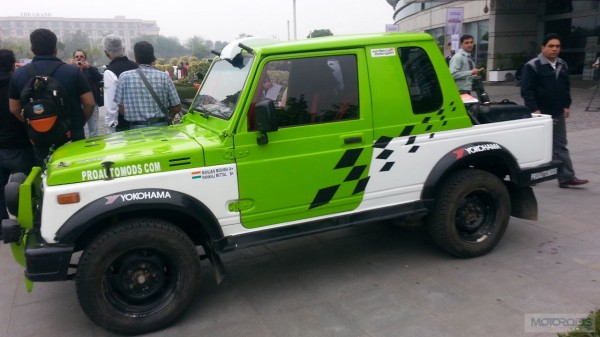 Cars are still dominated by Gypsies but a Nissan Patrol (with an International license plate) and a Grand Vitara XL-7 with bespoke body stood apart. We could hear the Nissan Patrol from about a km away.

The four wheelers, after passing the scrutiny, were decked with stickers all over.  Scrutiny is the done to make sure that the race vehicles follow FMSCI regulations and are safe

The Moto riders were a little disappointed for not having received any stickering. Taking time and money out for such events, one likes to have some remembrance from the event and it also helps in event’s marketing.
After a hectic of scrutiny and hanging out with fellow racers, participants went back to their homes / hotels to catch some rest. The flagoff is on Monday and we will bring it to you live.

Wishing all the participants all the best and Godspeed. 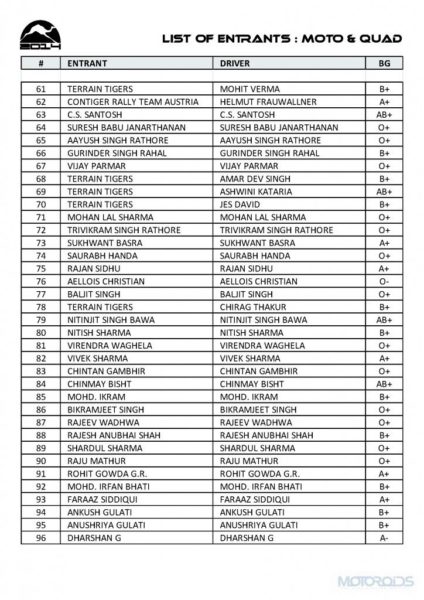 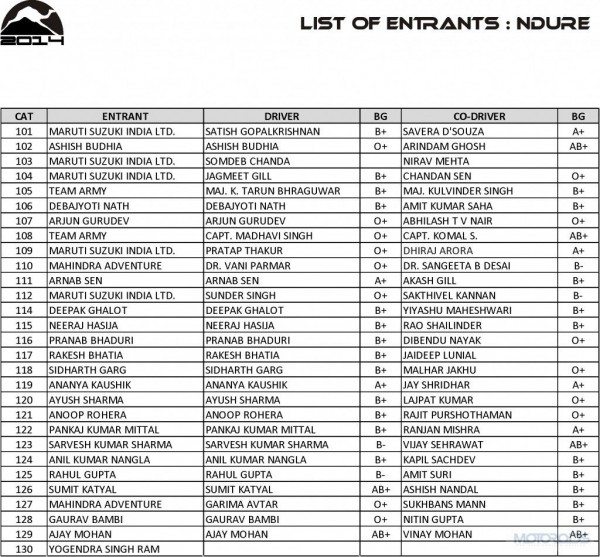 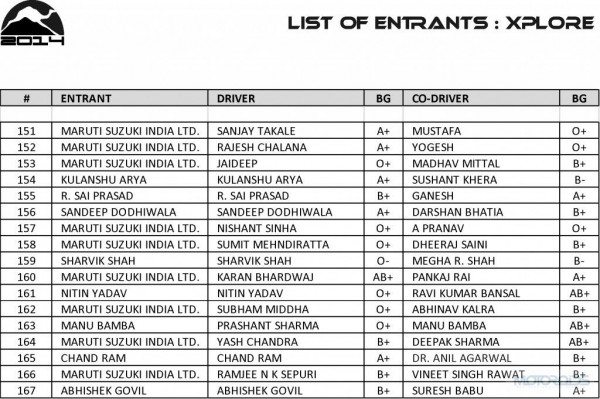 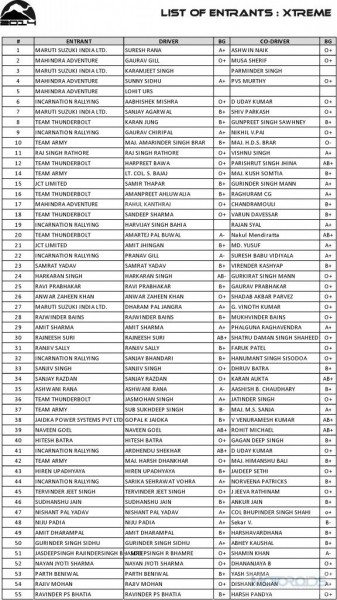 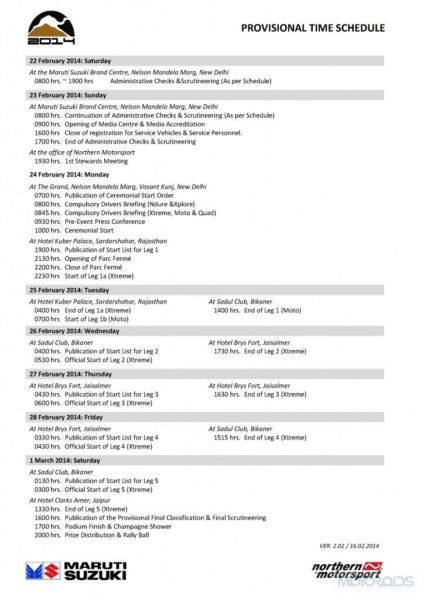