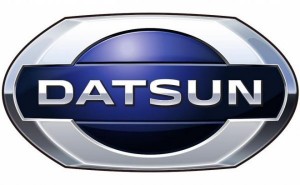 That the Datsun branded cars from Nissan are coming to India is a widely known fact. Amongst several speculations, it has now emerged that the first Datsun car will be launched in India by Nissan in the first quarter of next year.

The Datsun range of vehicles will be initially sold in India through existing Nissan India dealerships and the Indian subsidiary of the popular Japanese auto maker plans to increase its dealership count to 145 from the current 95.

Datsun cars, which will basically be the budget offerings by the auto maker, will battle it out against the Maruti Suzuki and Hyundai cars in India.

“It’s going to be a challenge for Datsun”, said Ammar Master, an analyst at LMC Automotive in Bangkok. “It will take some time for Datsun to build up its brand name”.

Nissan has planned to have an annual sales targeted of 100,000 units in India by March 2014 and much of it should come from the smaller vehicles, especially from the Datsun cars.  The Datsun cars that will come to us will be based on older generation Nissan vehicles but won’t compromise on safety and equipment. The upcoming India bound Datsun cars could really offer stiff competition to MSIL and HMIL.