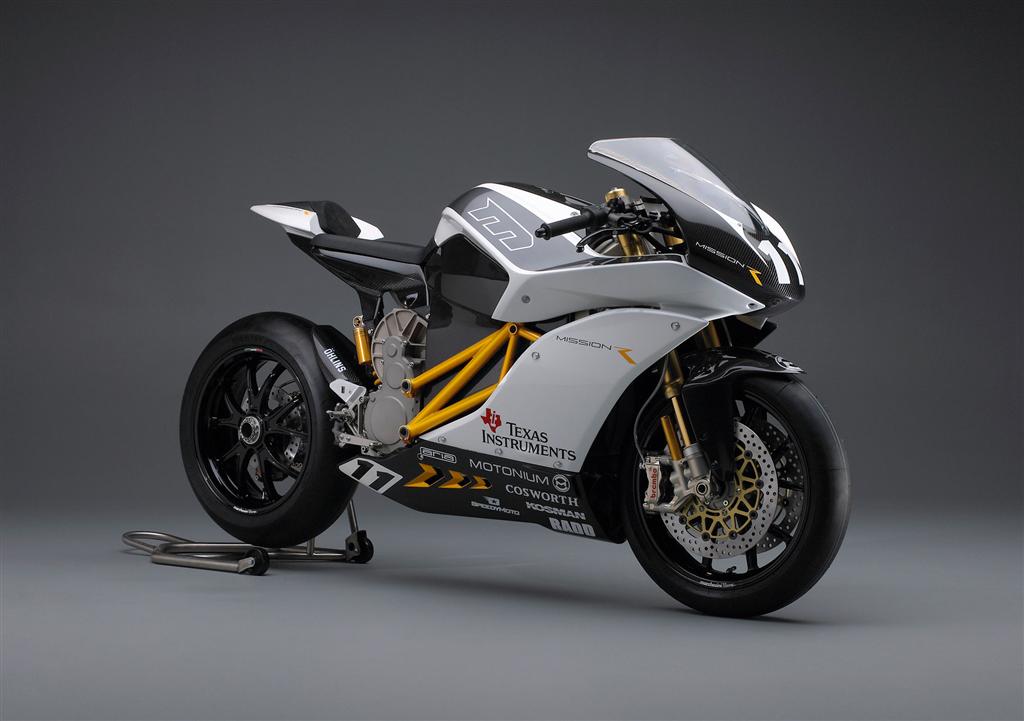 The Mission R (pictured above) is not really a new motorcycle and was unveiled way back in 2009. Manufacturer Mission Motorcycles revealed no plans of going into full scale production, but rather stand as an OEM supplier to the electric automotive components market. The initial prototype of the Mission R was only built to race at the TTXGP series, Laguna Seca e-Power Championship and Isle of Man TT Zero with the participation intended more towards a test bed for its components than a racing testament.

The manufacturer recently posted a teaser on its website stating that “The most advanced production motorcycle in existence. The highest performing street-legal electric vehicle ever made” with the dateline as June 3, 2013. A scenario where other manufacturers are working on small and efficient electric motorcycles, Mission Motorcycles believes that Electric Motorcycles can perform on par with ICEs in the most demanding applications like Motorcycle Racing.

With the Mission R looking astoundingly quick for an electric motorcycle, the new superbike looks to take electric performance a notch above. Other electric superbikes such as CRP’s racing Energica and Lito’s SORA though offering credible performance are already no match for the Mission R. But the one bike Mission Motorcycles look to target would be the Lightning Electric Superbike that holds the record for being the world’s fastest electric bike at 347.55 kph (215.96 mph) it set at the Bonneville Salt Flats in 2011.

Just over a week away, what comes out of Mission Motorcycles workshop needs to be seen.