According to Ulfert Janssen of Gannet Design, the one-off custom bike was intended to be a bridge between the first V7 Guzzi model and the Guzzi bike from today. The stance of the bike was changed to create a slightly forward-leaning angle for appealing proportions and a racer look. 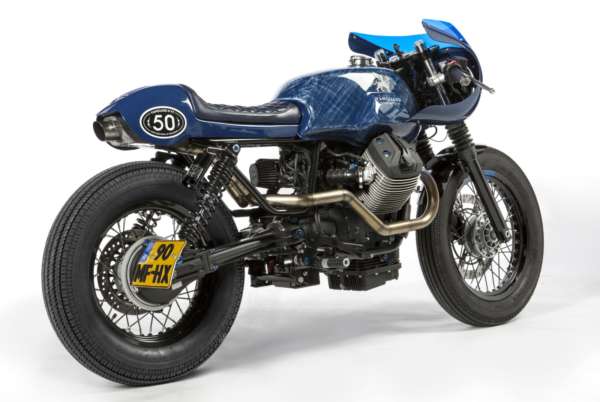 The design is a bit retro fitted and some details throw you back a couple of decades. Yet the overall design keeps the connection to the contemporary donor bike, which radiates a timeless mix. The custom cafe racer tail section and the “bikini fairing” underlines the racer style with a touch of vintage form language.

“We integrated key design elements of the new Vanguard V7 jeans into this exceptional bike, such as the special denim blue, quilted leather on the seat matching the leather patch on the jeans and V logo in the rear light, just to mention a few” says Ulfert. 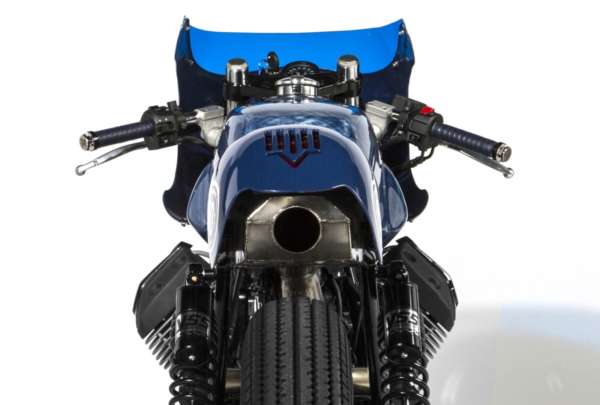 A custom 2-into-1 exhaust system was designed as a special feature with a solid roar and it announces the approach of the machine even from a distance.

Wrench Kings, the people who brought the design to life, started the build by cutting the rear sub frame, disassembling, lowering and shortening it. The fitting part started thereafter with a new front fairing and a new rear end. 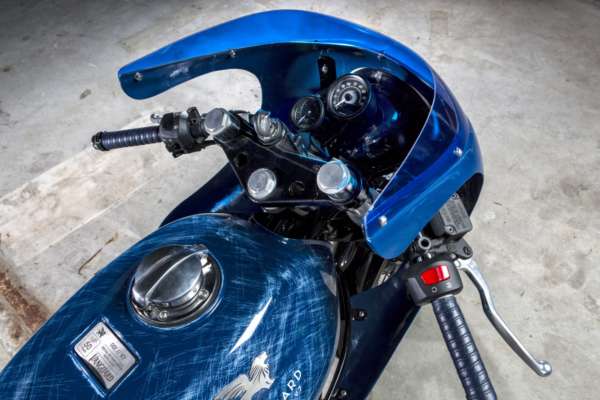 The tank of the bike is original but it was slightly customized to fit the Monza cap and place the type plates of the bike with the Vanguard logo and information. Most of the bolts are blue anodized in the color of the buttons of the V7 Vanguard Jeans. The pattern of the seat is also processed in line with the jeans. There are many details and components used in the jeans, which can be found back in the bike. 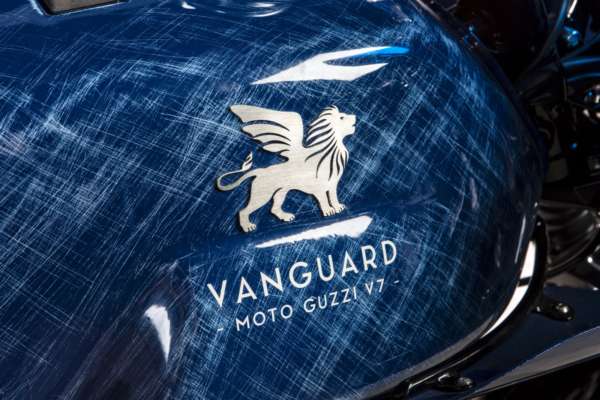 “In essence, the Vanguard Guzzi V7 has a super stylish and clean look with a mix of timeless classic and modern elements, and it fits perfectly to Vanguard Clothing” Ulfert summarizes.

Have a look at the ‘making of’ video here, followed by a detailed images gallery, and don’t forget to let us know your thoughts