Said to be one of the most challenging stages of the event, the Sherco TVS Rally Factory Team rode on a 387 km loop around San Juan De Marcona for Stage 7 of the Dakar Rally 2019. The start of the stage was challenging with lots of fesh fesh, rough tracks and an unexpected sandstorm. Extreme weather and complicated navigation made this stage more challenging. The rally was halted at the first checkpoint for a while as there was low visibility due to the heavy sandstorm. 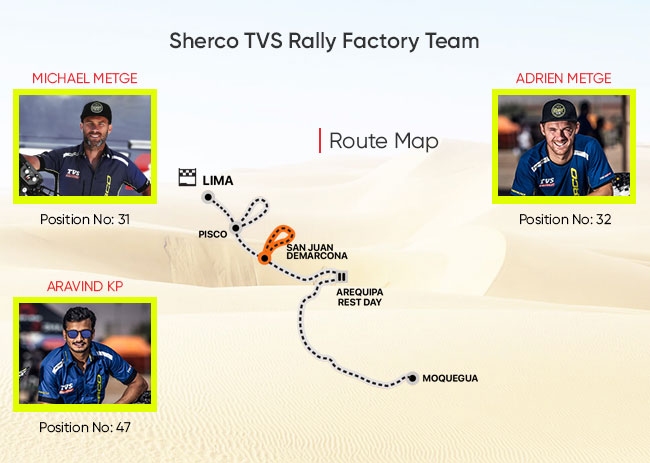 Thereafter the team moved to the sand dune sectors, where Sherco TVS’ riders could pick up speed and improve their overall rankings in the rally. After the exit of the team’s fastest rider Lorenzo in Stage 6, Michael Metge took the responsibility to lead the team and rode with the top 10 riders. He finished the stage at the 15th position and ranks 31st overall. 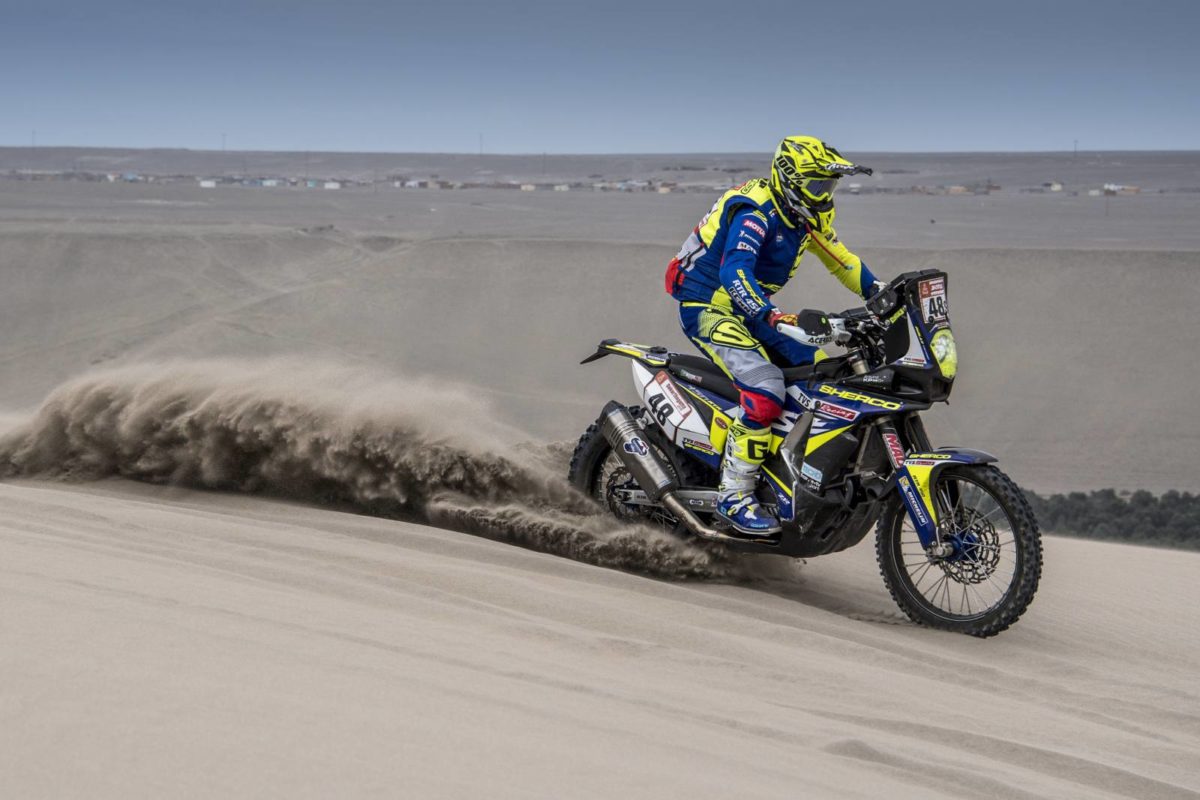 Adrien Metge found himself caught between some slow riders and had to manage his way through a lot of dust and sand. He had a fall on the way, which damaged the navigation system on his bike but he was still able to finish the stage at the 27th position, taking his overall ranking to the 32nd. Indian rider Aravind KP was able to navigate his way through the dust left behind by the preceding riders and finished the stage without any complication. He finished the stage at the 46th position, his overall ranking is 47th now. 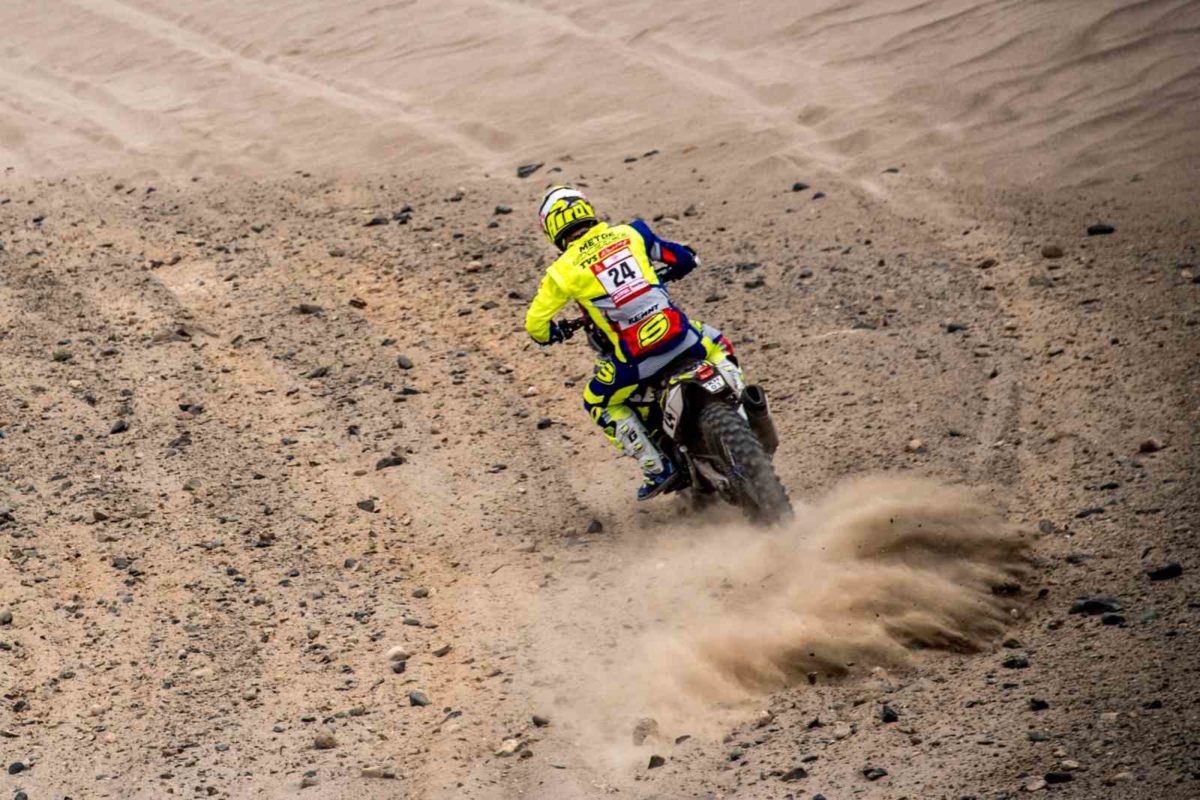 Commenting on this stage, team manager David Casteu says, “I am happy with performance of the team. After the unfortunate exit of Lorenzo from the rally, the other riders have quickly shuffled their roles and are riding as per the alternate strategy we had made in case of exit of any one rider. Michael is a seasoned Dakar campaigner and with 3 more stages to go, he will push himself for a Top 20 finish.”