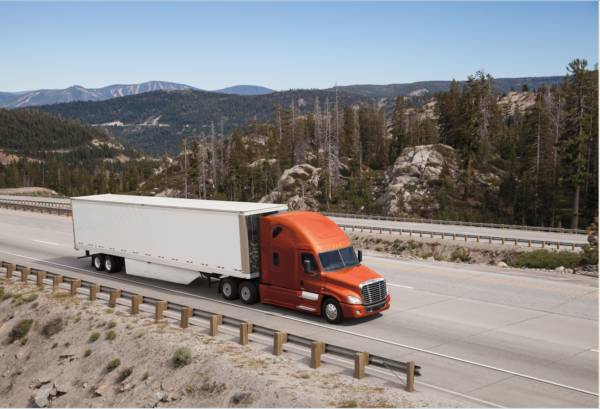 Today Daimler Trucks became the world´s first manufacturer to be granted a road license for an autonomous heavy-duty truck. The first journey in the so-called Freightliner Inspiration Truck, which took place on US highway 15 in Las Vegas, was made by Brian Sandoval, Governor of Nevada, and Dr. Wolfgang Bernhard. The truck is equipped with the intelligent Highway Pilot system for autonomous driving. The state of Nevada licensed two Freightliner Inspiration Trucks for regular operation on public roads. Daimler Trucks is the global leading truck manufacturer and, with the Freightliner brand, also the biggest producer
in the U.S.

“Our Freightliner Inspiration Truck is the world´s first autonomous commercial vehicle to be licensed for road use. Our achievement here underlines yet again our role as a technological pioneer and demonstrates our consistent dedication to develop the technology for autonomous long-distance driving to series production standard. I am proud of this extra-ordinary achievement by the Daimler Trucks team,” stated Dr. Wolfgang Bernhard, Daimler AG board member responsible for Trucks and Buses.. 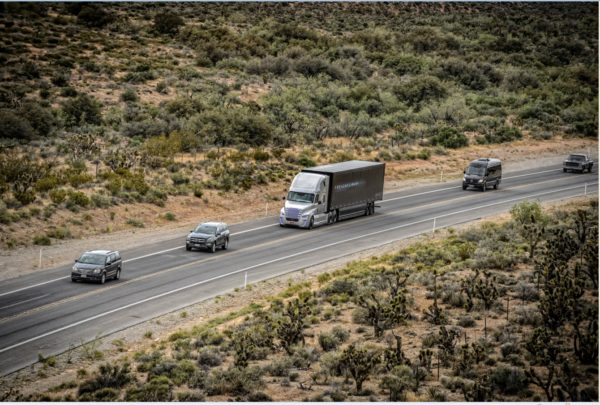 In July of last year, Daimler Trucks provided the world´s first demonstration of an autonomous truck in action when the Mercedes-Benz Future Truck 2025 drove along a cordoned-off section of the A14 autobahn near Magdeburg. Now, the first appearance of the Inspiration Truck on a public road in the U.S. marks the logical next step on the journey to series production. In the last few months the technology has been tested over many thousands of kilometers and configured for use in U.S. highway traffic.

“We are in a unique position among manufacturers that we are able to implement technologies across all business units and brands. We have transferred our Highway Pilot system to our U.S. Freightliner brand within a very short time frame and developed it for the world´s first autonomous truck to be licensed for road use,” reports Dr. Bernhard.

The world premiere of the Freightliner Inspiration Truck took place near Las Vegas, in front of representatives of the media, government as well as business and finance. Trucks are by far the most important means of transport in the U.S. In 2012, trucks transported around 70 percent of all freight tonnage in the United States. This way, a total of 9.4 billion tons of freight were moved by trucks. Globally, the road freight transport is expected to even triple between now and 2050. Autonomous trucks provide the opportunity to cope with this growth in a manner that harmonizes economic and environmental needs. 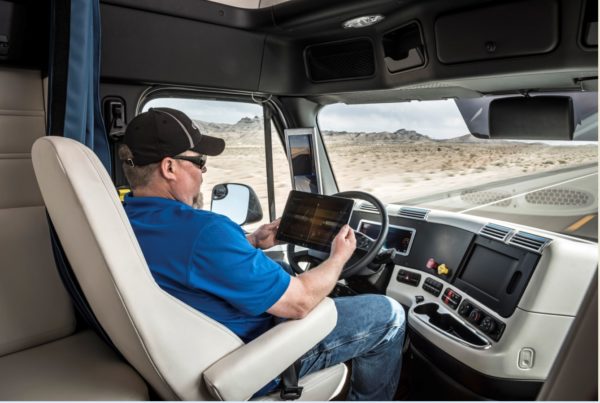 The Freightliner Inspiration Truck is based on the series-produced US Freightliner Cascadia Evolution model, but with the addition of the Highway Pilot technology. The latter comprises a front radar and a stereo camera plus tried-and-tested assistance systems such as the Adaptive Cruise Control+, as seen in the Mercedes-Benz Actros. For licensing on public roads in Nevada, the technology was further developed and the excellent interaction of components extensively tested. As part of the truck´s so-called Marathon Run, the Freightliner Inspiration Truck covered over 10,000 miles (over 16,000 kilometers) on a test circuit in Germany.