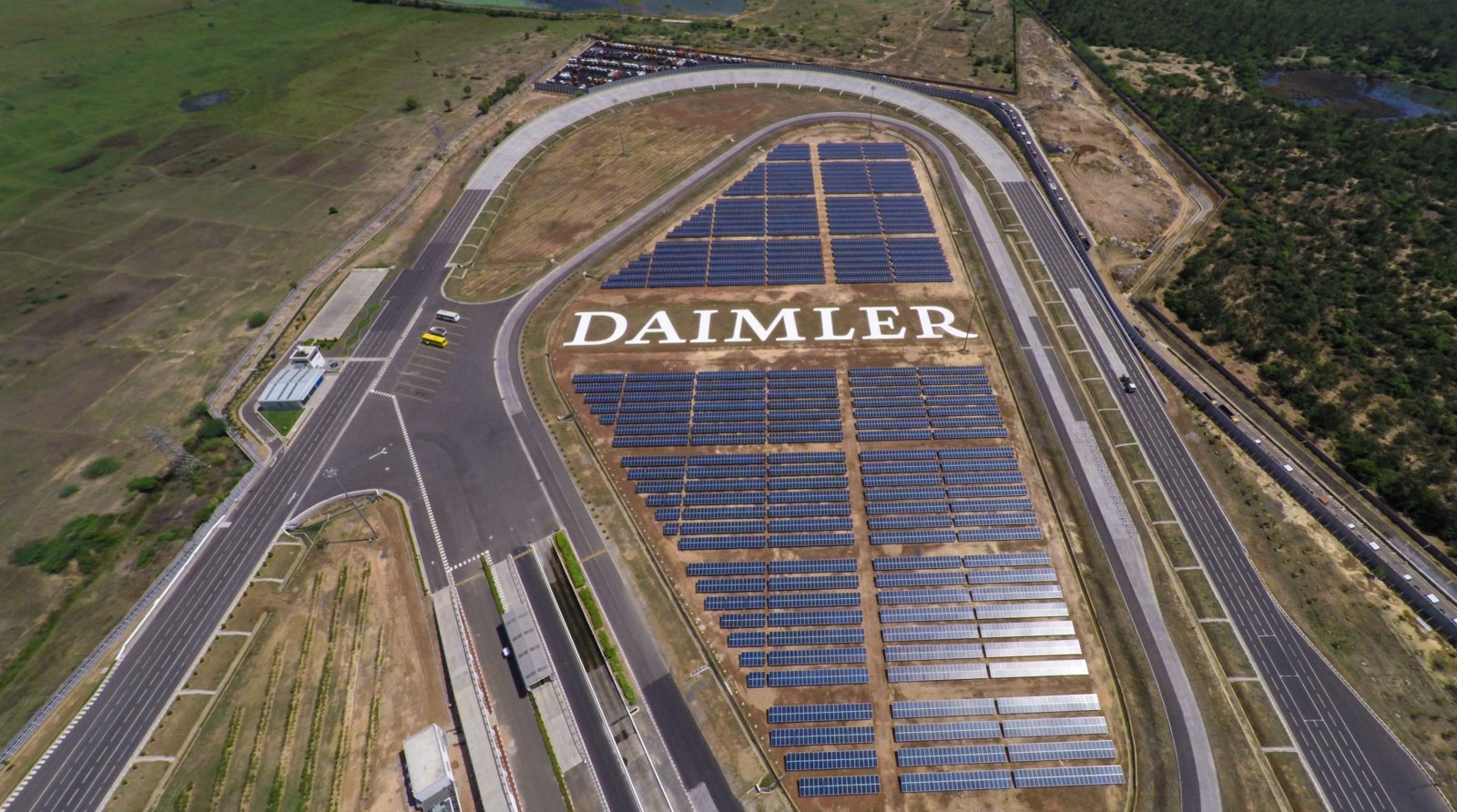 Daimler India Commercial Vehicles (DICV) has taken solar power usage at its manufacturing plant in Oragadam near Chennai to the next level. With the completion of a major addition to the plant’s existing photovoltaic installations, the overall technical capacity has increased from 0.8 to 3.3 Megawatts.

Speaking about the development, Marc Llistosella, President and CEO of MFTBC and Head of Daimler Trucks Asia said that Daimler worldwide is minimizing negative effects from its activities with the help of effective environmental management systems and state-of-the-art technologies. This project is an example of how Daimler Trucks Asia promotes climate protection, conserves valuable resources and contributes to the preservation of a livable environment.

Daimler India Commercial Vehicles’ environmental management system is certified by the renowned institute UL-DQS according to the global standards of the ISO 14001:2004 Environmental Management System certification. The company’s environmental and sustainability efforts cover various aspects of its operations. The plant in Oragadam near Chennai is spread over 400 acres. More than 16,000 trees have been planted since the start of operations in 2012, as part of ongoing efforts in order to ultimately make the entire site one of India’s greenest industrial complexes.

Water management is another focus, ensuring that the precious resource is used as sparingly as possible, and that no water leaves the plant. These efforts include rainwater harvesting with a huge storage pond holding more than 60,000 kilolitres of water, and two sewage treatment plants which return clean water that can be used e.g. for irrigation.