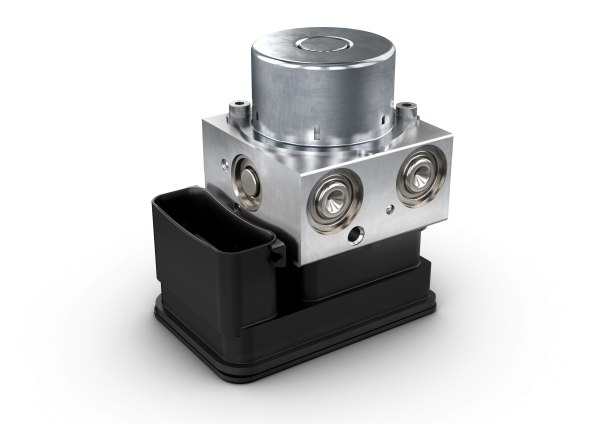 With the MK 100 MAB, the international automotive supplier Continental has developed a new anti-lock brake system (ABS) for motorcycles that is approximately 50% smaller and lighter and thus lower in price than previous systems. This new two-channel ABS will be presented for the first time from November 7th to 11th at the EICMA motorcycle show in Milan. The MK 100 MAB is suitable for all motorcycle types and will initially go into series production in Europe in 2015.

This enhanced system is not only approximately 50% smaller and lighter than the two-channel ABS currently on the market – moreover, due to its enhanced, sturdier features, the MK 100 MAB can be more easily adapted to different motorcycle types. The standard design of the new system includes not only the ABS function, but also a rear wheel lift-off protection system (RLP). Depending on individual customer requirements, a sport ABS function adapted for race track operation, an off-road ABS for off-road driving, and a traction control system for compensating for traction loss during acceleration are also possible.

Continental offers a number of different electronic brake systems for motorcycles, all of which are based on the tried-and-tested ABS technology for passenger cars:

The one-channel ABS is suitable for smaller motorcycles and scooters and was specially developed for more cost-sensitive markets, such as Asia. It prevents the front wheel from locking during braking, thereby reducing the accident risk for the driver.

The two-channel ABS from Continental has already been in production since 2008; the further enhanced MK 100 MAB will also be ready for serial production starting in 2015. This Motorcycle Anti-Lock Brake system (MAB) offers improved brake control and thus optimal deceleration for added driving safety.

The Motorcycle Integral Brake system (MIB) allows the brake to be applied to both wheels even if the driver only activates the front brake lever. The system detects the braking intention and actively builds pressure on the other brake circuit, causing both wheels to decelerate.