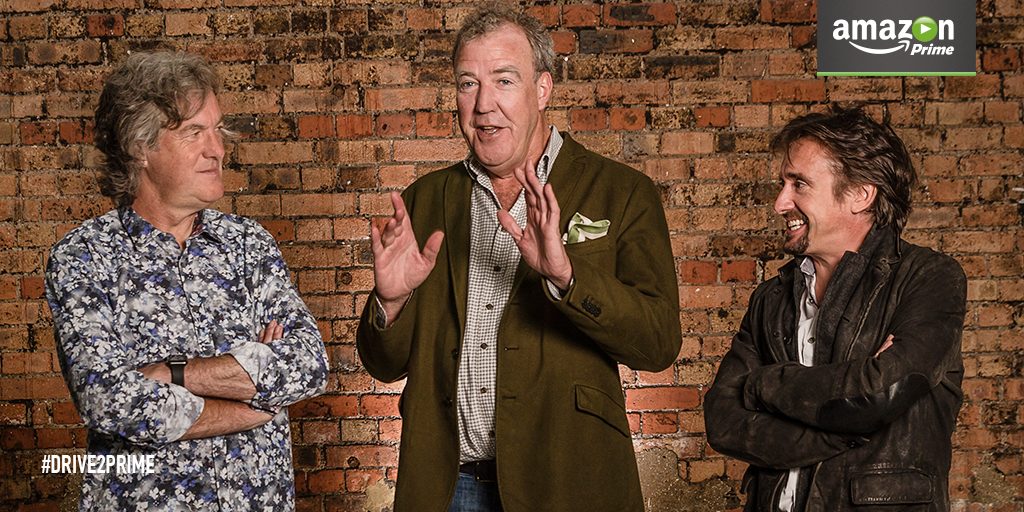 The former Top Gear trio of Jeremy Clarkson, Richard Hammond, and James May have finally confirmed that they will be creating a new car show for e-retail giant Amazon. The new show will air sometime early next year and be produced by former Top Gear executive Andy Wilman, an old school friend of Clarkson’s who is credited with revamping the format and turning it into the world’s most successful factual TV show. The trio have signed a three-series deal with Amazon.

The Stig, unfortunately, will not be part of it, as it remains BBC property.

No more details of the deal has been announced by any parties yet, although the three hosts did tweet out the good news from their respective accounts with their trademark irreverent and zany humour.

I’m very excited to announce that Hammond, May and I have signed a deal with .@AmazonVideo

.@AmazonVideoUK now saying I can’t be their chief drone pilot. Apparently they want us to make a car show. — Jeremy Clarkson (@JeremyClarkson) July 30, 2015

Good news! I’ve got a job with @AmazonVideoUK. Bad news! So have the other two. #AmazonPrime #ItSaysHere

Clarkson, who previously spoke of his sadness and deep regret at leaving the BBC also stated: “I feel like I’ve climbed out of a bi-plane and into a spaceship.”

Hammond added: “Amazon? Oh yes. I have already been there. I got bitten by a bullet ant.” James May said: “We have become part of the new age of smart TV. Ironic, isn’t it?”

While May added: “We have become part of the new age of smart TV. Ironic, isn’t it?”

Jay Marine, vice-president of Amazon Prime Video in Europe, said: “Customers told us they wanted to see the team back on screen, and we are excited to make that happen. Millions of Prime members are already enjoying our ground-breaking original shows. We can’t wait to see what Jeremy, Richard, James and the team will create in what is sure to be one of the most globally anticipated shows of 2016.”

Marine added: “This is a golden age of television, a great time for TV makers and storytellers.

“Our approach is to give programme makers creative freedom to be innovative and make the shows they want to make.”

Amazon has been making a strong push into media streaming with its Amazon Prime Video subscription service that costs £79 (US $125, INR 8000) per year in countries where it is available. The trio’s new show joins a horde of new programmes that Amazon has been developing as part of its original content strategy, including psychological thriller Hand of God starring Ron Perlman and Dana Delany, eighties comedy Red Oaks, counterfactual post-Second World War drama The Man in the High Castle and docu-series, The New Yorker Presents.

And in case you were wondering what that means for viewers in countries without access to Amazon Prime, the company has stated that the new show will also be syndicated to other channels worldwide. That makes sense as Top Gear is/was one of the most widely watched shows on television worldwide up to this time.

Top Gear, meanwhile, will return to BBC2 next year with an all-new lineup headed by Radio 2 breakfast DJ, Chris Evans. F1 driver Jenson Button is also rumored to be a new host on the show. Search for a third host is still going on.