Looks like India has caught the fancy of all the major auto manufacturers, and we are not complaining.

The British biggy ‘Triumph is all set to launch a wide variety of its machinery in India. AutoCar India reported earlier this week that the Triumph is now closer than ever. The bikes would be Completely Build Up imports (CBU) and if the rumours around the circuit are to be believed then Triumph is all set to take on the Indian market lock, stock, and barrel.

What all could be launched? 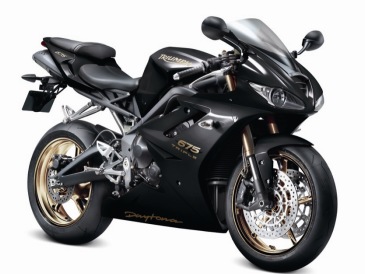 The street and track friendly Daytona, is powered by a  675cc 3-cylinder engine. Churning around 125hp and 75Nm this could be a potent thread to the recently launched Kawasaki Ninja 650R and the Garware+Hyosung GT650R with its clean yet maniac looks and its performance.

The bike also has a ‘r’ series cousin which employs racing style carbon fibre parts, Brembo 4-piston brakes, Ohlins 43 mm NX30 forks and a TTX36 rear shock absorber. It also has nifty tools for the track like a gear shift indicator and an inbuilt lap timer. 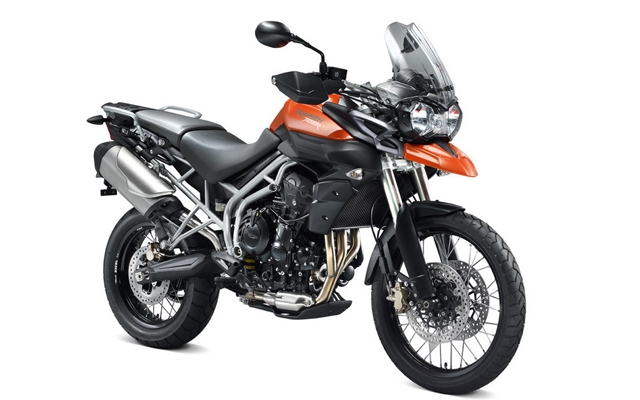 The Triumph Tiger could be a handy tool for India. Given its genre of Adventure touring category, this will share the market with the Ducati Multistrada, and the BMR GS1200. However Triumph has an edge over them considering that it also has a  800cc variant of the tiger namely the Tiger 800, & 800 XC. Considering that only the larger Multistrada and the big GS is being pushed in India and the KTM being silent, who knows this could be a winner. The 799cc 6speeder churns out 94bhp @ 9300 rpm and maximum torque of 58ft.lb @ 7850 rpm.The XC is styled to take on the worst of conditions. 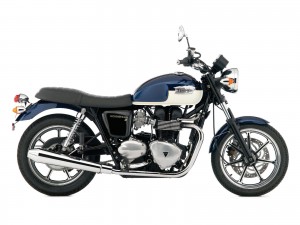 This has some competition in India from the Harley’s to the Enfield’s and now the ST7. Ok don’t laugh yet, the ST7 might be as potent as an Indian athlete in olympics, but Harley Davidson’s has made it pretty evident that they are more than keen to cater to India.

Triumph has the edge with the variety of products, but can it compete with Harley Davidson’s especially on the pricing and service front seem a huge question. The Bonneville is powered by an Air-cooled, DOHC, parallel-twin, 865 cc churning 67 bhp of max power and 68 Nm of max torque. 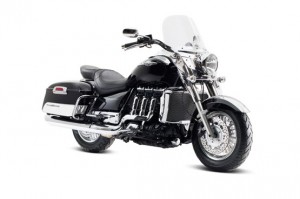 The Triumph’s Rocket III isn’t just named a rocket, it’s powered by a massive 2,294 cc, in-line 3-cylinder engine. The engine makes 221 Nm of maximum torque and churns 146 bhp of maximum power. Apart from the Rocket III, triumph also has the potent cruising machines like the 865cc America and Speedmaster, and the big 1597cc and 1699cc Thunderbird series.

Lastly the most famous roadster:

Triumph does have a product in every category, but can it use this as an advantage over the ones who are happily selling CBUs at a premium, time will tell. Untill then, keep watching this space for more news…