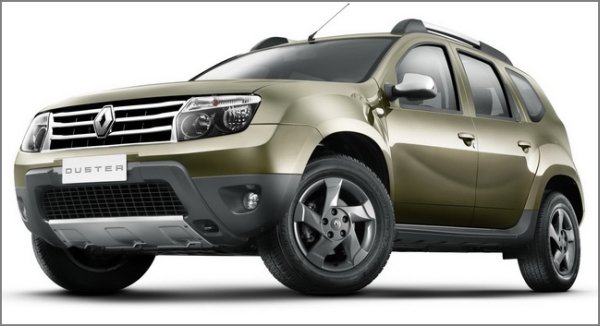 The Koleos has been in our market for sometime and it is no secret that it hasn’t exactly set the sales charts on fire. Now, Renault is readying itself to introduce the Duster in India. The Duster, like the Logan and unlike the Fluence, The Duster is a ‘economy-class’ SUV manufactured by Dacia and is built on the same platform as the Logan nay(!!) the Mahindra Verito.

The SUV will hopefully be available in 4×2 and 4×4 configuration and will be propelled by the 1.5-liter (K9K) diesel engine that does the duty on the Nissan Micra & will also be seen on soon to be launched Renault Pulse. The engine will hopefully be retuned to offer more punch and give a decent blend of fuel efficiency and performance.

Renault has officially confirmed the 2012 launch of Duster for India.

speaking of the dimensions, the Duster is similar to the now defunct Hyundai Tucson but the car will be priced significantly lower. It is a safe guess that the Renault will be priced within the 10 Lakh rupee bracket. The Duster will have high local content which translates into competitive pricing.

Likes of Scorpio and Safari should Better Watch Out !!