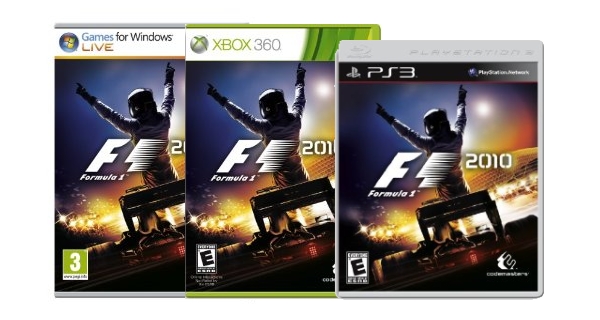 The stunning new Formula 1 video game based on the 2010 F1 season is all set to release in India on the 24th of September 2010. Developed by Codemasters on the highly versatile, fun and award winning EGO game engine, ‘Formula 1 2010’ promises to attain the perfect balance between arcade-like fun and simulation-type handling characteristics much similar to the highly acclaimed DiRT2 and GRID racing games.

Being an official licensed product of Formula 1 for 2010, ‘Codemasters F1 2010’ features all the teams, drivers, liveries and tracks of the 2010 Formula 1 season. Which means you can get behind the wheel of a Mercedes Benz F1 car, dressed as Michael Schumacher himself and bring back the glory for the seven time world champion as you race under the flood lights in Singapore or tackle the tricky corners at Suzuka. The video game will also let you compete online with other racing fanatics, and while the actual 2010 season has been boring to many, the stunning EGO game engine is sure to make the online matchmaking a fun filled affair! Staying true to the Codemasters tradition, F1 2010 is not an exclusive title for any particular console like Forza 3 (XBOX360) or Gran Turismo 5 (PS3). Instead Codemasters F1 2010 will be available for the PC, Playstation 3 and Xbox 360 for Rs. 999, Rs. 2,499 and Rs. 2,499 respectively. You can pre-order your copies of Formula 1 2010 now from Intencity Gaming and have the game delivered to your doorstep.

Featured below is the video of the F1 2010 video game that shows off the EGO engine’s driving dynamics at the Marina Bay Street Circuit in Singapore and the Yas Marina Circuit in Abu Dhabi. Check it out: