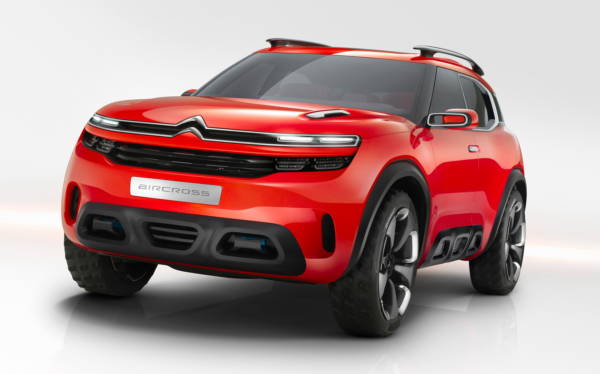 Citroen took the wraps off the Aircross Concept before its official debut at the Shanghai Auto Show on April 22, 2015. The Citroen Aircross Concept also “illustrates the brand’s international ambitions,” basically being a larger and slightly more premium interpretation of the C4 Cactus, and features a host of intriguing elements throughout the design. 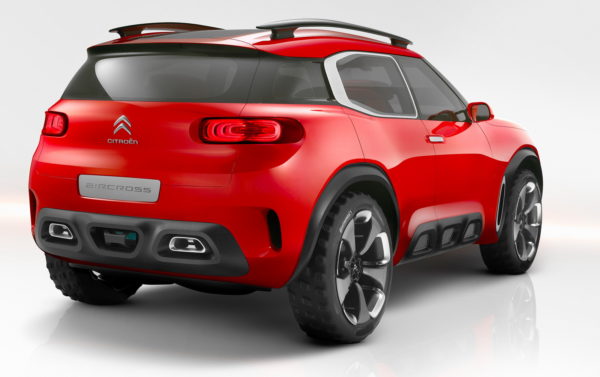 The front and rear bumpers of the quirky Aircross Concept convey Citroën’s design identity. The front end features a new chevron design and a two-tier light signature, which first appeared on the latest-generation C4 Picasso. At the rear, the new 3D-effect lights have a high-tech and emphatically graphic appearance. These classic Citroën design touches are rounded out by a floating roof and uninterrupted area of glass right around the cabin. 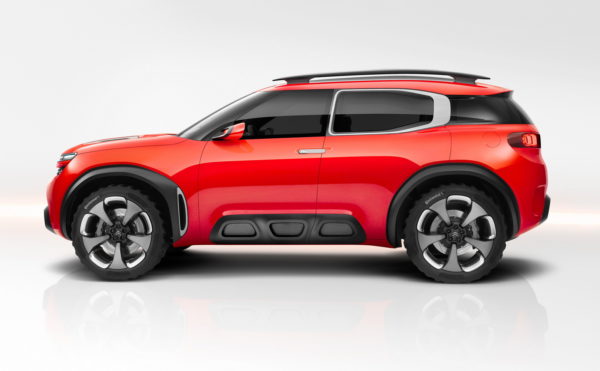 Apart from that, the Aircross Concept packs a lot of “Air” – allow us to explain. Those black protrusions on the bumper and the sides are the ‘Air Bumps’, and are designed to protect the car’s body from everyday bumps and scrapes. 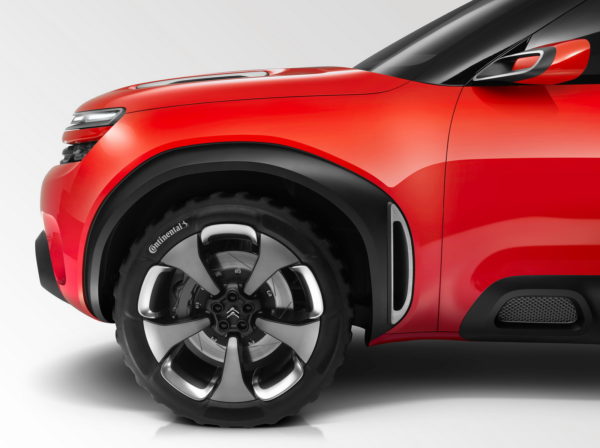 Deep within the ‘Air Bumps’ lie the ‘Alloy Bumps’, which are made using a highly absorbent aluminium honeycomb structure, first used in motor-sport, combining protection, lightness and style.  The ‘Alloy Bumps’on the Citroën Aircross are there to protect the vehicle from lateral impact with their visible padding. 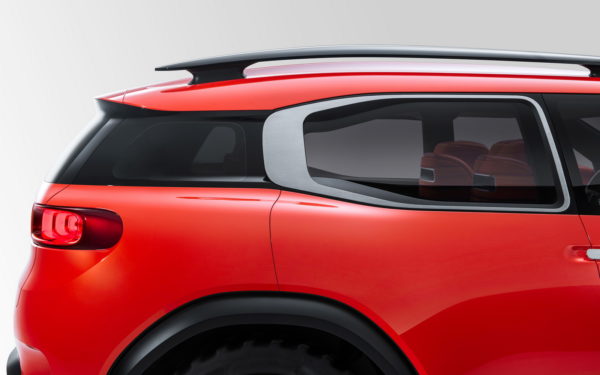 Then there are the ‘Air Signs’, which are the chrome-finished signatures that surround each rear window to form an air-flow tunnel, improving aerodynamics while highlighting the importance of the second row of seats. In addition, ‘Air Curtains’ are air intakes located at the front of Aircross concept. 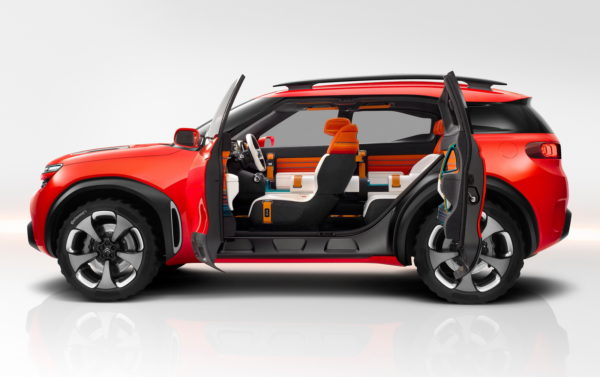 The Citroën Aircross’s interior design avoids classic automotive cues to create a modern cabin where the occupants simply feel good. The smooth and floating dashboard is punctuated at regular intervals by air vents and the two large screens – the only visible interface in the whole interior. The interiors also showcase the ‘sofa’ spirit, initiated by the C4 Cactus, reinterpreted with SUV styling. 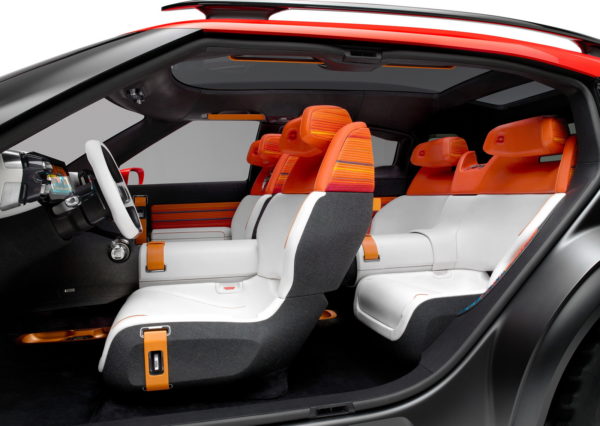 Those ‘king-size’ seats involve plush, open seat backs and generous, wraparound headrests while the upholstery hints at vintage materials. Ingenious storage spaces can be found in the door panels and the upper part of the dashboard. The use of straps for the grab handles look quite cool. 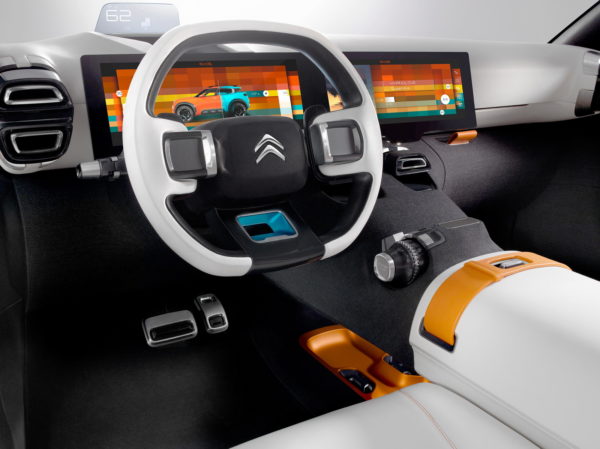 In addition to a head-up display, Citroën Aircross is home to two 12-inch panoramic HD screens with all-new graphics inspired by the worlds of fashion and modern furniture design. The screens display driving information and infotainment content. 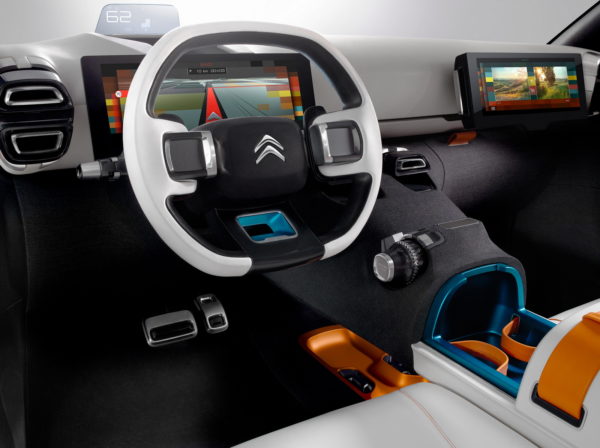 One of the two screens can be transferred from passenger to passenger with a simple movement of the hand via a detector on the console. With this feature, passengers can access information on the move, watch films, select music and even choose a local exhibition to be visited. The two screens can also be merged to form one. This is controlled by the driver using touch pads on either side of the steering wheel. 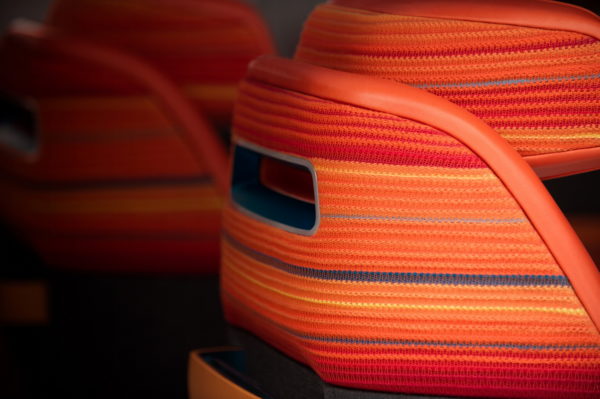 Each of the four seats is equipped with speakers and a microphone to facilitate dialogue between the occupants or to allow an individual in-cabin experience. Using these ‘sound bubbles’, each passenger can choose who they want to speak to while respecting the relaxation of their fellow travelers – very French. 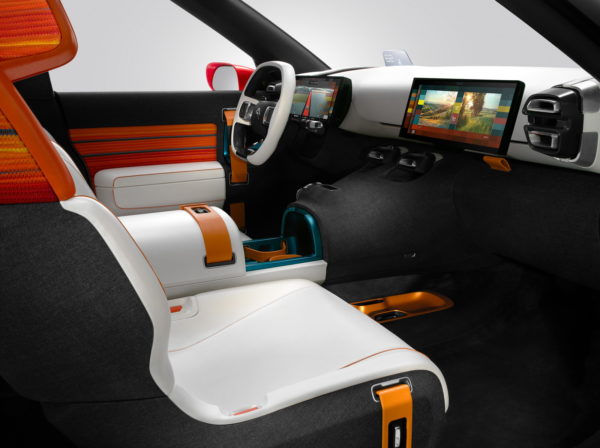 Two webcams are located on either side of the cabin in the door frames. These cameras are able to take pictures outside the car, creating an album that can be shared on social networks. Displayed directly on the in-car screens, the images recorded by the webcams can also be used to gather information on sites of local interest and information on how to get there using the navigation system. 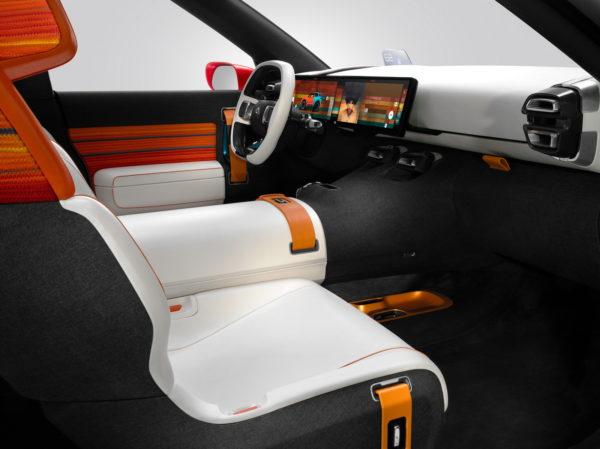 The Citroën Aircross is powered by plug-in hybrid petrol technology, with an electric motor located on the rear axle. This configuration is a perfect fit for the Citroën Aircross, optimising performance and traction while ensuring low fuel consumption and emissions. 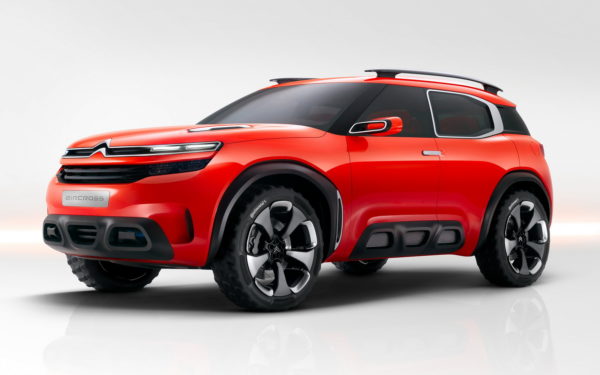