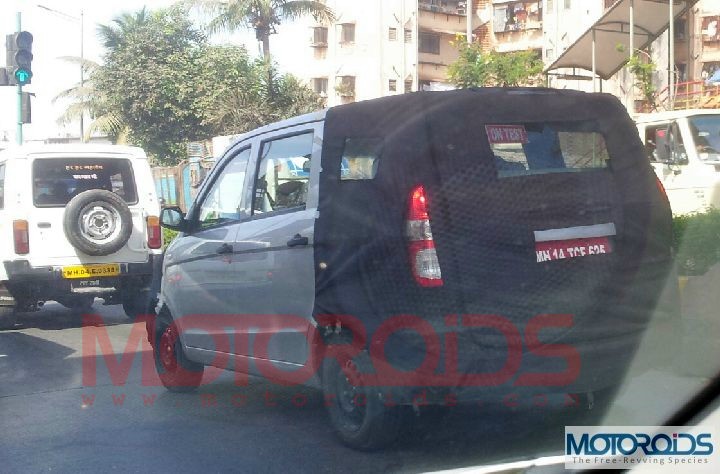 The MPV space in the Indian auto market is heating up. Mahindra recently introduced their new Xylo, Nissan are ready with their Evalia and Maruti Suzuki will be launching the Ertiga very soon. Putting forth the Sino-American contention is the Chevrolet MPV, rumored to be christened Enjoy. The vehicle which was displayed at Chevrolet’s exhibit in New Delhi is being readied for a launch sometime in mid 2012. Recently while on our way to the new Xylo launch, we managed to catch a glimpse of the new car. 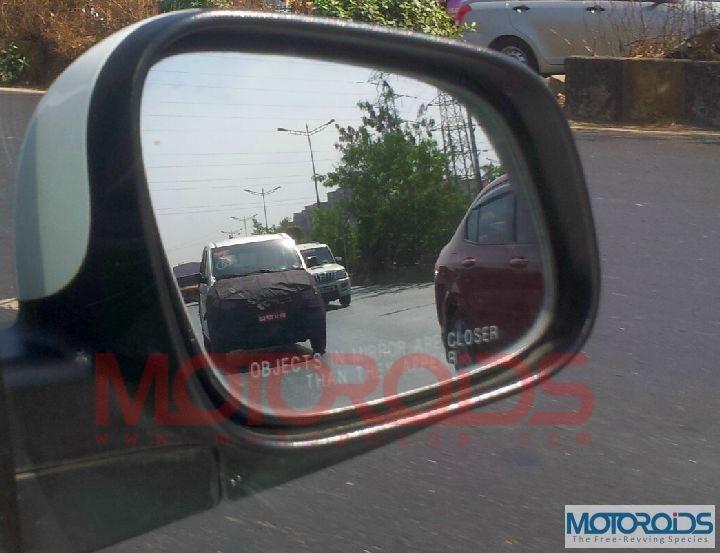 The most noticeable aspects of the MPV, as seen in the real world with a lot of other cars around it are its length, simplistic design and wheels which appear to be smaller than other vehicles in the category. The new MPV has been developed jointly by GM and their Chinese partners Shanghai Automotive Industry Corporation (SAIC) via a JV vehicle called GM-SAIC-Wuling. The new van is based on the Wuling CN100 van, also known as the Hongguang MPV.
The new MPV will sell alongside the company’s ageing Tavera, probably with a price tag of as low as Rs 6 lakh. The seven seater people mover is expected to sell primarily in its diesel variant. It’ll be powered by Fiat sourced 1.3 liter mutijet engine, manufactured by GM at its Talegaon plant and branded 1.3 XSDe. This is the same engine that is powering almost every other popular diesel car in India. The engine will most likely be employed in its non VGI, 75PS guise, the way it powers the Fiat Punto, Maruti Swift and the Indica Vista. 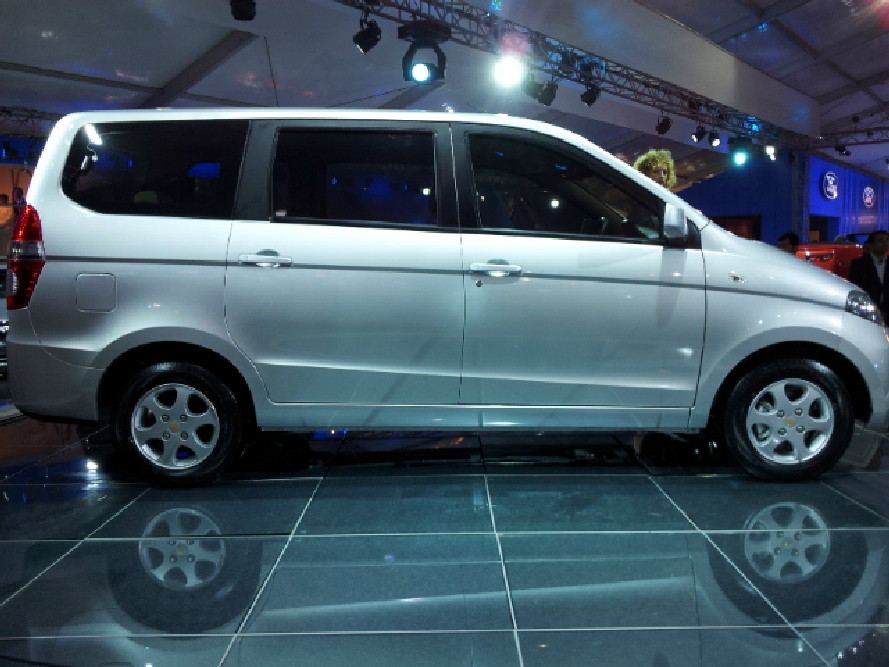 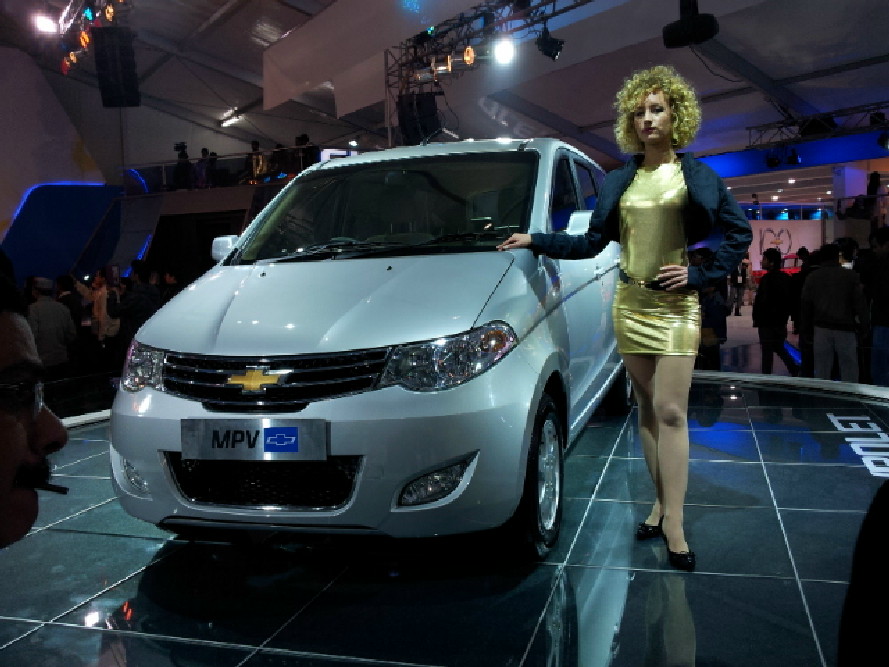 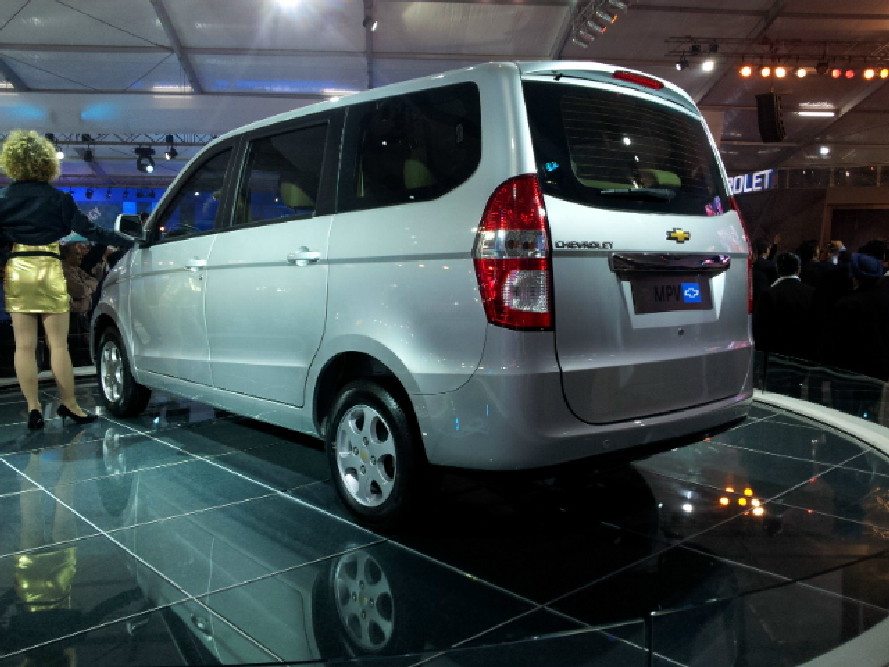 Petrol option is expected to be offered in the form of a 1.4 liter unit with peak power output of 95PS. Petrol engines hardly do well on such people movers, so we expect the major chunk of sales to come from the diesel variant.

Enjoy should be launched in mid 2012. It will boast of safety features like dual air bags, safety belts with load limiters, anti-lock brakes and tubeless tyres. The highly skilled folks at Lotus engineering department have apparently worked on the MPV to fine-tune the chassis.

More info on the car as it emerges. In the meantime, do let us know what you think the pricing for the base diesel variant of such a product should be. Also, do you think a product developed in collaboration with a Chinese company can deliver in terms of quality and technology? We’d be eager to hear from you.