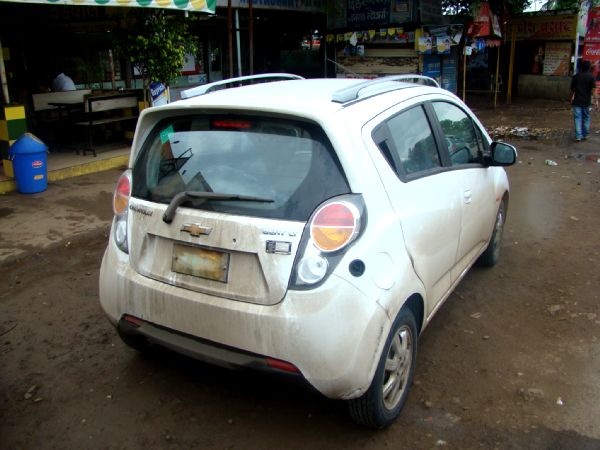 Two Chevrolet Beat cars were caught testing on the Mumbai-Pune Expressway by our friends at Rushlane. The Spark is already available in the LPG variant, making the Beat the second vehicle from the General Motors stable to be available in an LPG avatar. The car will feature an advanced LPG kit, superior to the current ones available in the market and dubbed as a sequential injection type. The advantage is a smoother transition from LPG to petrol and vice versa.

The test cars had an LPG fuel filler slot placed right beside the petrol inlet. We are expecting a diesel variant of the beat too very soon and with the new frugal variants, the Chevy can really take the battle to the likes of the Ford Figo and the upcoming 2011 Suzuki Swift.
Chevrolet Beat LPG caught testing in India. The car’s launch will happen in a couple of months.