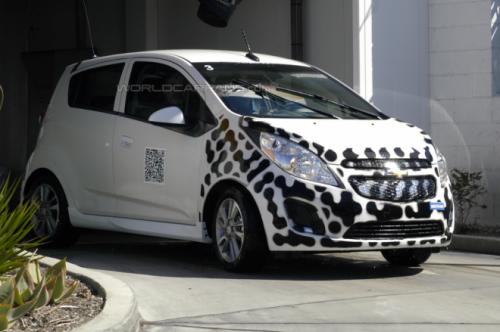 Back in June 2011, we reported to you when GM India revealed their Beat EV in India on the World Environment Day. Seems like the car is on its way to become a production reality from a mere concept, at least internationally. The Beat EV (or the Spark EV, as it’s called internationally) has been caught doing the test rounds for the first time internationally. The vehicle took a stop at a car wash, when it was photographed. 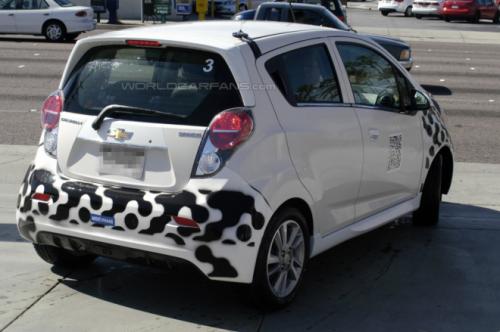 Chevrolet had shown an intention on introducing an EV version of the Spark in India when the product is ready. The test prototype is proof that it’s not too far away from an international launch. GM India will take a call on the car’s introduction in India based on the infrastructure availability and cost factors.

The Beat (Spark) EV will look slightly different from its fuel burning copunterpart by virtue of a restyled front end. Key cosmetic changes would include a new grille, new fog lamps and a new rear bumper. Power will come from electric motors with a peak rated power of 115bhp.More details are not available yet, but rely on us for a detailed report as soon as they emerge.