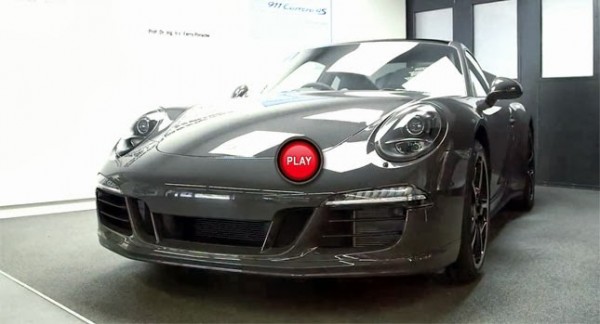 Porsche Exclusive, the customizing division of famous German performance car maker, has come up with the new 911 Carrera 4S Exclusive Edition, which will soon go sale in UK.

Only five units of the new Porsche 911 Carrera 4S Exclusive Edition will be ever made and the latest limited edition model is based on Britain’s liking for an understated sense of style. The new Carrera 4S Exclusive Edition comes with several unique features which include a sportier bodykit, a Union Jack (United Kingdom’s flag) and a bespoke color scheme. The car seems to remain mechanically unchanged.

The new limited edition model will be available only at the Exclusive Flagship Dealer, Porsche Centre Hatfield.

Here, we have a Youtube video that shows a fair bit of the latest limited edition 911 model. In the same video, it can be seen how work is done almost only by hand at Porsche’s Zuffenhausen based Porsche Exlusive factory.