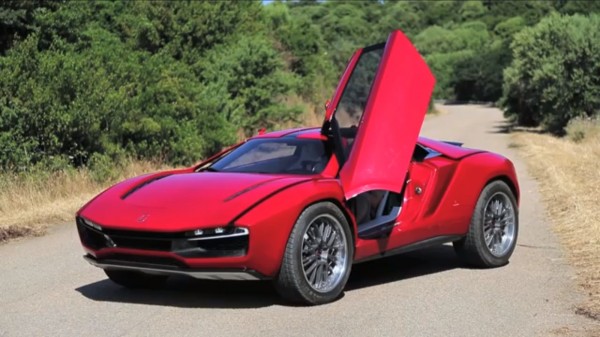 The new Italdesign Parcour concept has to be among the most striking looking concept cars of recent times. The car made its public debut at the Geneva motor show this year and is powered by a mid-mounted Lamborghini V10 that has been borrowed from the Gallardo.

The talking point about the new concept is that it boasts of exterior styling that is distinctive of a supercar but on the same time, has above average ground clearance and all wheel drive mechanicals.

Now, seen here is a video by the good folks at Car&Driver, which shows that the car is much closer to a production reality than initially believed it to be.

The video shows Italdesign vice chairman, Fabrizio Giugiaro, explaining various bits of the exterior design and also telling us about the functional bits his team has given to the car.