Home Honda Check out the 2015 Honda City in this rendering 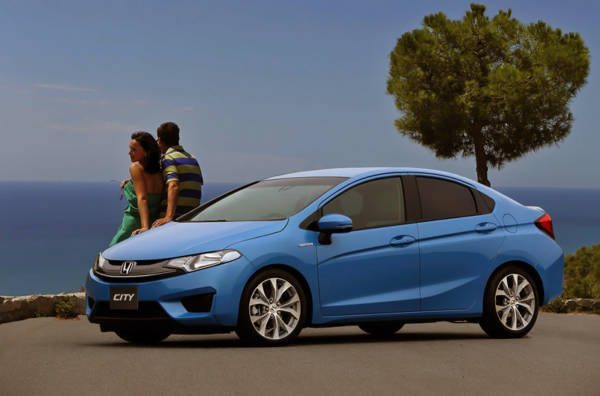 The upcoming next gen 2015 Honda City has been in discussions since almost a year now. Rumors have been abounding that the styling of the 2015 City sedan would draw heavy inspiration from both the Concept C and the new 2014 Honda Jazz. It is also being said that the production of next gen City would commence sometime next year.

Based on these rumors about the car’s exterior styling is a speculative rendering of the next generation Honda City that we have here. The rendering comes from AbesselingSVF’s Photobucket page.

It is being said that the all new City would be marginally longer and wider than the current gen model. The car is also expected to sport LED fixtures for the tail lamps and projectors for the head lamps.

As per the rendering that we have here, the front fascia of the next City would be distinctively reminiscent of that of the latest Jazz. Also, the designers could take inspiration from the new Jazz for the bonnet and the roofline of the 2015 City. Also, if this rendering in anything to go by, the car will feature several design elements that have been seen on the new Concept C. Overall, the car is expected to look very new age and sharper than the current model.

The next City could be powered by Honda’s upcoming 1.5 litres direction injection petrol engine. This motor could very well be the ‘the next big thing’ in the world of low capacity petrol engine technology and is high on fuel economy and low on emissions. The new petrol motor produces 127 Bhp of max power and enjoys 154 Nm of peak torque. To put things in to perspective, the 1.5 Liter i-VTEC engine that powers the current City has a max output of 118 Bhp-145 Nm.  The new 1.5 litre Direct injection petrol motor benefits from many new technologies such as High-tumble port, Low-tension piston rings, Patterned piston coating, Mass EGR, 2-stage relief oil pump, Lightweight engine block construction and Start-Stop system

Also on cards for the upcoming 2015 City could be a VGT version of 1.5 litre iDTEC diesel engine that powers the Amaze.

Stay tuned to Motoroids for more on upcoming 2015 Honda City