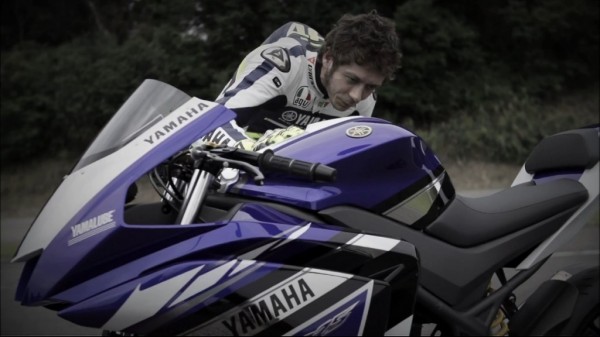 We reported in detail when Yamaha unveiled the much begged-for R25 250cc sportsbike at the 2013 Tokyo Auto Show. The bike was showcased at the auto show soon after it was revealed in an official video that showed the new R25 parked along side the mighty M1 MotoGP machine. Also shown in the video is none other than ‘The Doctor” Valentino Rossi.

While we have already reported about every known detail of the latest concept from the Japanese bike maker, we just can’t seem to get enough of this video! The short video clip reveals the new R25 quite dramatically, what with it shot in such a manner that the M1 is seen concealing the new concept bike in the first few seconds of the video! 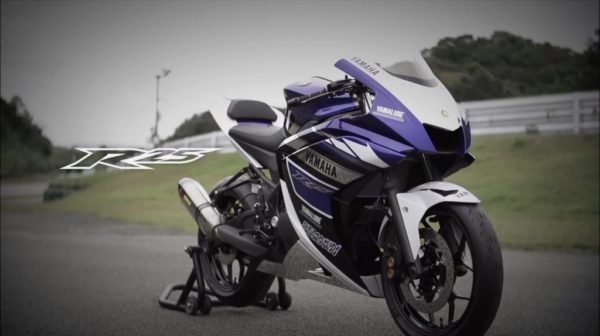 As is very easy to make out, the new R25 concept has borrowed plenty of design cues from Yamaha’s MotoGP contender. The production spec bike, though, is very likely to get a smaller air intake and twin headlights. The concept R25′s LED tail lamp on the other hand, has good chances of making it to the production model.

The production spec Yamaha R25 will be powered by a 250cc parallel twin motor that could have a peak power output of as much as 45bhp! The new R25 is built on an all new frame that features tubular elements rather than R15-like steel spars.

It is being expected that the Yamaha R25 would make it to India towards the end of next year and would rival both the Honda CBR250R and the mightier Kawasaki Ninja 300. The R25 would be locally produced in India and this would help the manufacturer to keep the production costs under check. We feel that the production spec R25 would have a price tag that would be competitive enough to scare the makers of both the CBR250 and the Ninja300.

It is pretty much for sure that the new 2014 Yamaha R25 Concept would greet us at the 2014 Indian Auto Expo in February next year and we just can’t wait to sample the production spec model, probably on some winding road.