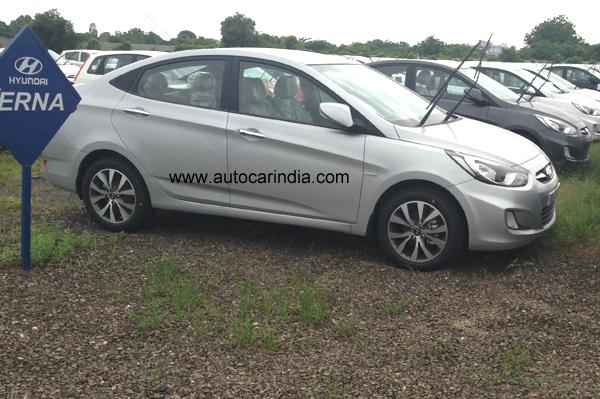 The Hyundai Verna, which is better known as the current gen Accent in most markets it is sold in, has brought a lot of success to the Indian subsidiary of Korean auto giant in the C segment of our fast growing car market. There are no two ways about the fact that the latest gen Verna is not just more successful than the last gen model but is also more popular than most of the C segment contenders out there.

However, the manufacturer surely realizes that the ever increasing competition could lead to sales of its C Segment warrior taking a plunge and hence, the auto maker plans to soon come up with a minor facelift to revitalize its Korean soldier.

According to Autocar, the Hyundai Verna facelift will get:

It is also being said that the Verna would get a price cut. The price cut would be a result of some cost cutting measures such as:

It is pretty much for sure that the facelift-ed Verna would be launched only after the Grand i10 has been launched in India. This means that the car won’t be here anytime before early September. We expect the Verna facelift to be launched at the advent of festive season this year.

It would be interesting to see if these minor updates would enable the Verna to continue its dominance on immediate rivals on the sales charts.

Stay tuned to Motoroids for more