Swedish car maker Volvo has released the videos of the new 2015 XC90. The 2015 Volvo XC90 is set to be revealed fully in the month of August this year. 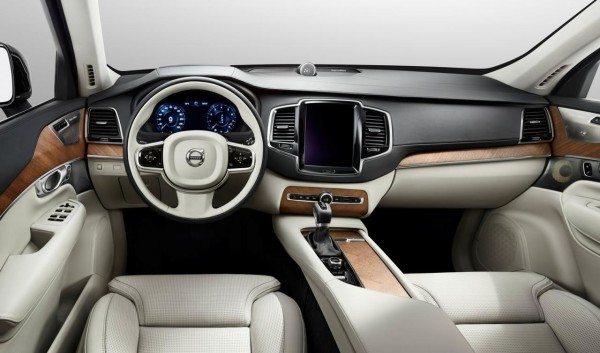 Described by Volvo as the most luxurious interior ever designed by them, the XC90 cabin adopts an uncluttered configuration as most of the buttons have been replaced by a large tablet-like touchscreen display. The Volvo Xc90 will be offered with a seven-seat configuration. The gear lever of the XC has been manufactured from crystal glass by Swedish glass maker Orrefors. In addition, it will also feature diamond-cut controls for the volume and start/stop.

“The most striking feature is a tablet-like touch screen control console, which forms the heart of an all-new in-car control system,” said Thomas Ingenlath, Senior Vice President Design of Volvo Cars. This system is virtually button free and represents an entirely new way for drivers to control their car and access a range of Internet-based products and services. 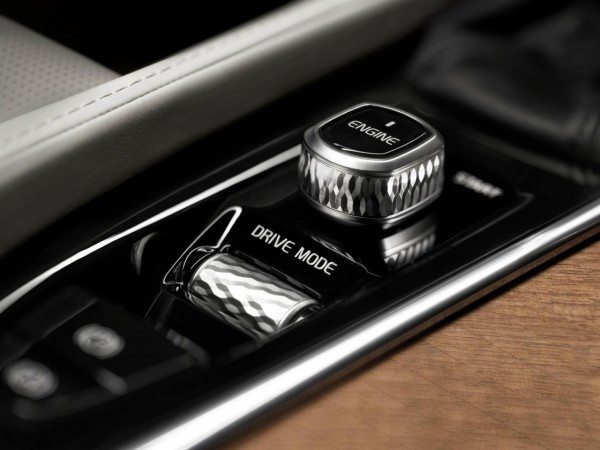 The all-new Volvo XC90 makes use of soft leather upholstery with wood trim, aluminum inserts and other upscale materials while the instrument cluster appears to be fully digital. The car features a  four-zone climate control system along with “state-of-the-art” voice recognition and Apple’s CarPlay system integration. Volvo says that he third row of seats will be able to carry passengers that are up to 1.7 meters in height. Each passenger gets his own storage space.

Volvo has announced that the new-gen XC90 will be fully revealed in August, with production set to kick off early next year at the Torslanda plant in Gothenburg, Sweden. The new XC90 is expected to come to India by the mid of next year and will lock horns with the Mercedes-Benz GL, BMW X5 and the upcoming new Audi Q7.