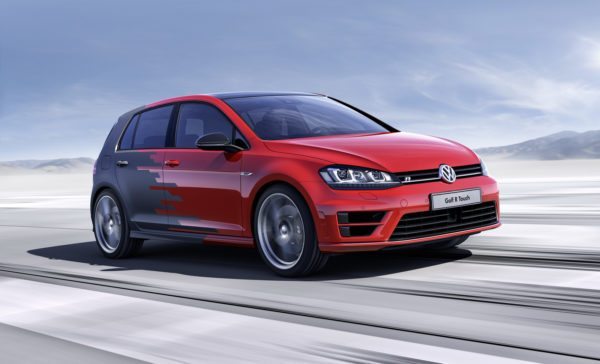 At the ongoing Consumer Electronics Show (CES 2015) in Las Vegas, Volkswagen introduced the Golf R Touch, a concept which brings with it a selection of technology heavy interior enhancements over the production-spec VW Golf R. The exteriors get a dual tone paint scheme, with contrasting glossy red and matte black shades, but the real changes have been appointed inside. Beneath the skin, the Volkswagen Golf R Touch features the U.S.-spec 292 bhp, turbocharged 2.0-litre four-cylinder engine. 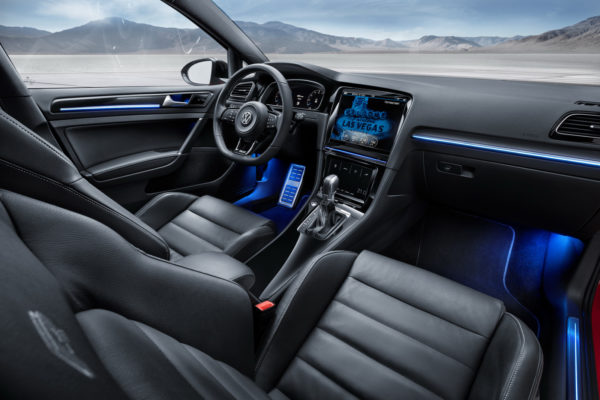 Inside, nearly all controls of the Golf R Touch are implemented via touchscreens and sensor switches. A large 12.8-inch high-resolution touchscreen display takes up the most of the center console and can be used to operate the infotainment system. Beneath this screen is a small 8.0-inch display which provides hap-tic feedback and includes controls for the air conditions, vehicle settings and ancillary features. 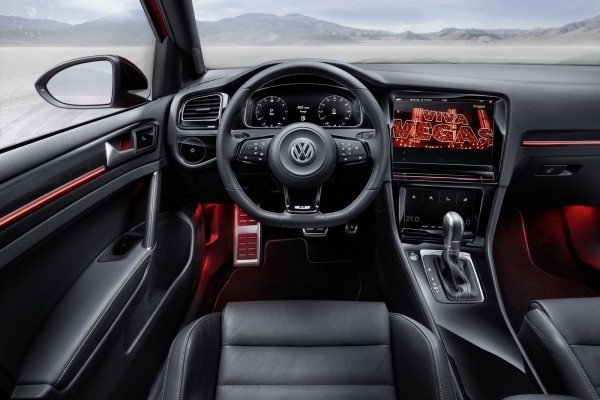 The conventional instrument cluster goes for a toss and has been replaced by another 12.3-inch screen which Volkswagen calls the Active Info Display by the German marque. For the lazy bums out there, a gesture control unit has been installed within the roof lining which allows the sunroof to be opened and closed with simple hand movements. 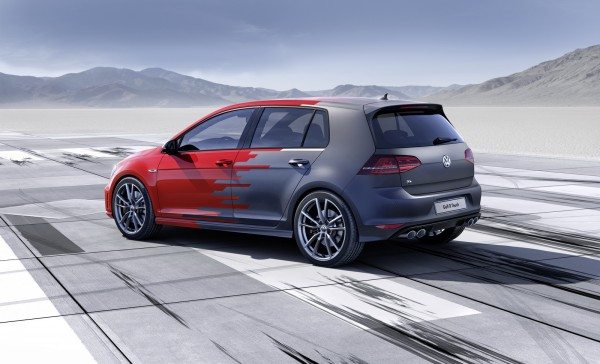 One more trick up its sleeve is the function that use of hand movements can be used to adjust the seats. When the driver’s or passenger places their hand down the side of the seat, the various adjustment controls appear in the main 12.8-inch monitor where the seats can then be adjusted. Completing the unique interior elements of the Golf R Touch is an ambient lighting function which provides 16.7 million different colors.