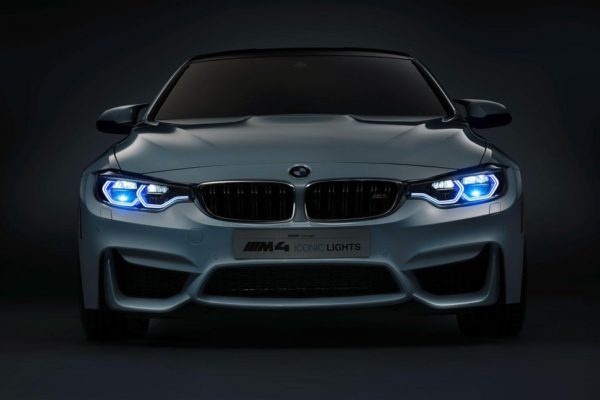 After having dazzled the world with laser boosted head lamps in the i8 hybrid sports car, BMW is attacking the realm of vehicular illumination again with the M4 Concept Iconic Lights.  Showcased at the ongoing CES (Consumer Electronic Show) 2015 in Las Vegas, the concept envisions how the future lights would look on a typical BMW vehicle. The upcoming G11/G12 7 Series will also benefit from the laser light technology. 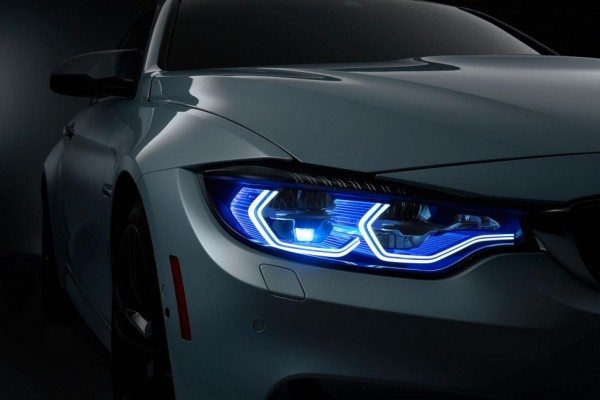 On the concept, finished in Cool White metallic, the laser technology can be identified by the fine blue strips inside the lights. The laser lights themselves starts blue in color, but a phosphor plate inside the light converts it to a bright white light that mimics daylight. Despite consuming 30 percent less energy, the parallel light beam is ten times more intense than that produced by halogen, xenon or LED light sources and has a projection range of 600 meters. 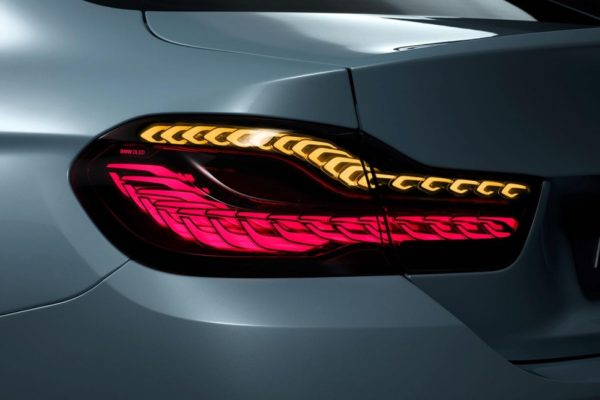 Meanwhile, the rear light clusters of the BMW M4 Concept Iconic Lights model are based on OLEDs (organic light-emitting diodes), which produce light from wafer-thin semiconducting layers of organic material. For the first time, both the tail lights and rear direction indicators feature OLED technology. The illuminated surfaces are positioned to produce a three-dimensional effect. OLEDs also take up less room on account of their thin size. 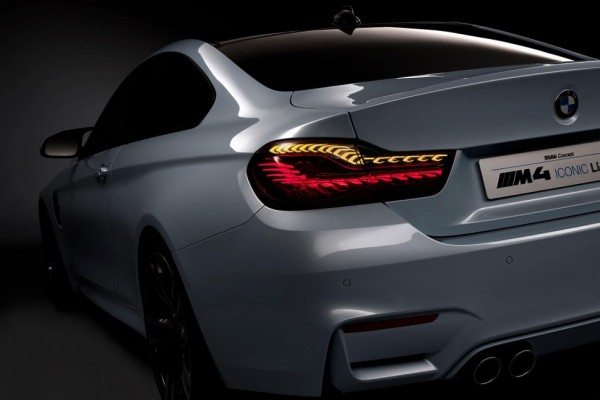 In case, the beams don’t sear away the eyeballs of oncoming motorists, dynamic actuators control the Selective Beam system, which spots oncoming traffic with a set of cameras and prevents the headlights from dazzling oncoming vehicles. In fact, the dynamic ability of these lamps goes even further, allowing people and animals detected by an infrared camera to be “spotlighted” for the driver’s immediate attention. Forward sensors can also detect if the way ahead has enough clearance for the vehicle and provides a laser projection to indicate the available width.