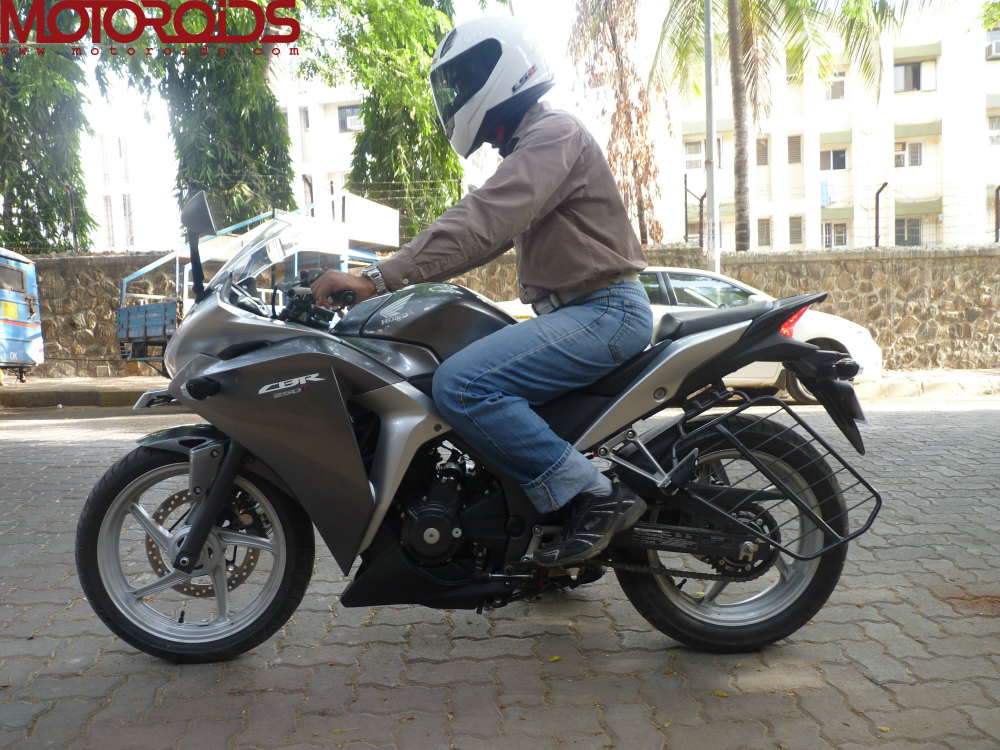 Dr Arnob Gupta’s name needs no introduction in biking circles. The man with the toughest butt in the motorcycle touring business has done it all from Saddlesore to Bunburner to GQ runs. Arnob also has multiple Limca Book records to his name for fastest times on a motorbike across the lengths and breadths of the country.

After torturing his hero Honda Karizma for 1,80,000 long kilometers and having modified every perceivable part of the contraption to make it more tourer friendly, Arnob has now decided to get a new ride for himself. And what better bike can a tourer think of at the moment than the CBR250R.

Now Arnob is not known as the Flying Doctor without reason. As soon as he got hold of the keys of his grey colored CBR, he decided to run it in with a (rather short) 1000km trip. Here’s an account of what the man with a behind made of Titanium (Adamantium?? If you are an X-men fan, and know what Wolverine’s claws are made of) has to say about the bike. Read on the complete review by clicking here